Whales scoop up $931 million in Bitcoin

Bitcoin whales have consistently accumulated Bitcoin in the current bear market. According to data from crypto intelligence tracker Santiment, large wallet investors holding between 100 and 10,000 Bitcoins have collectively added back 46, 173 Bitcoin to their wallets. The USDT holdings of these whales have dropped. 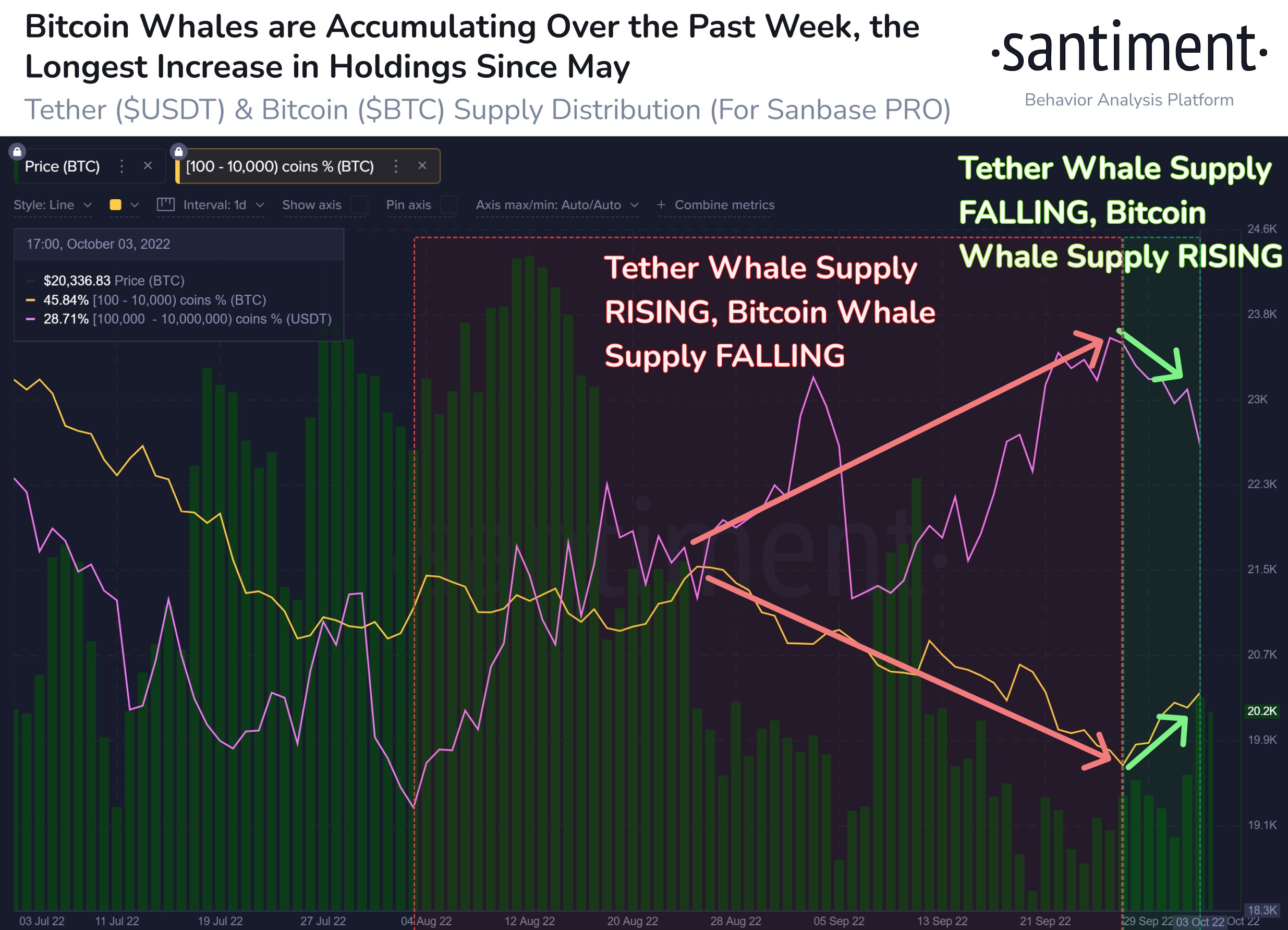 Typically, accumulation by whales is a bullish indicator for Bitcoin price. Santiment data also revealed that the supply of Bitcoin to exchanges has declined. Less than 9% of Bitcoin’s supply is on exchange wallets, for the first time since 2018. This can be perceived as a sign of a bullish trend reversal in the asset.

Bitcoin price pushed past $20,000 in hopes of a Fed pivot

Bitcoin continued to build bullish momentum in hopes that the US Federal Reserve will pivot away from its aggressive liquidity withdrawal measures. While experts remain skeptical on whether the Fed will slow down its liquidity tightening, crypto proponents expect this to occur and to push risk assets back to center stage.

At press time, Bitcoin is trading at $20,176. The largest cryptocurrency by market capitalization has yielded 7% gains in the past week.

Johnny (@CryptoGodJohn), a pseudonymous analyst and trader on crypto Twitterbelieves Bitcoin price will break past its three-week range high of $20,400. The analyst remains cautious of the bear market and asks traders to be mindful of the $20,400 level until Bitcoin breaks past it.

Ignoring all of the noise & FOMO here... we are at our 3 week range highs

Can we break through and absolutely send? Yes

But from what I learned this bear market is to respect the range until broken pic.twitter.com/NA5P0nNUDw 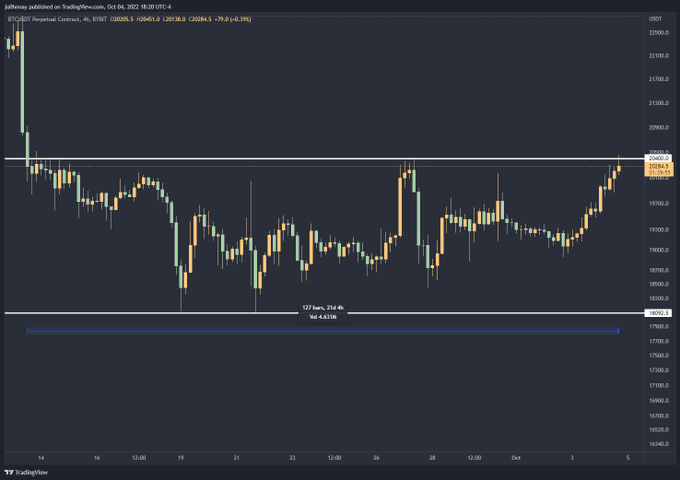