US stocks were little changed on Wednesday as the third-quarter earnings season started. Yesterday, companies like Blackrock, JP Morgan, and Delta Airlines published their earnings. Most of the companies these companies released relatively strong quarterly results. However, Delta warned that higher oil prices will affect its margins in the near term. Later today, the earnings season will continue, with companies like Morgan Stanley, Wells Fargo, and Citigroup will release their results.

Stocks also wavered after the relatively strong American inflation numbers. The data showed that the country’s headline consumer price index rose by 5.4% while core CPI rose by 4.0%. These numbers were significantly higher than the target of the Federal Reserve of 2.0%. There is a high possibility that prices will increase as energy and shipping prices keep rising. These costs have risen as many ports have remained understaffed.

In many American ports, the backlog of container ships has jumped. As such, with inflation rising and the unemployment rate falling, there is a likelihood that the Fed will start tightening. Minutes published yesterday showed that many Fed officials believe that it could start tapering asset purchases as soon as mid-November. The dot plot showed that many Fed officials see rates rising in 2022.

The price of crude oil held steady in the overnight session as traders reflected on the latest monthly report by OPEC. The cartel downgraded its demand outlook for the coming year. It expects that demand will rise by about 5.8 million barrels per day, down from the previous estimate of 5.96 million barrels. The IEA, on the other hand, expects that the daily demand for oil will rise to more than 100.8 million barrels per day. Later today, the price will react to the latest inventories numbers. Economists polled by Reuters expect the data to show that inventories rose by 140k last week.

The EURUSD pair rallied as the US dollar weakened after the inflation data and Fed minutes. On the hourly chart, the pair rose above the key resistance at 1.1585. This price was the neckline of the double-bottom pattern whose lower level was at 1.1528. The price managed to move above the 25-day moving average (MA) while the MACD has moved above the neutral level. Therefore, the pair will likely keep rising, with the next key level to watch being at 1.1630. 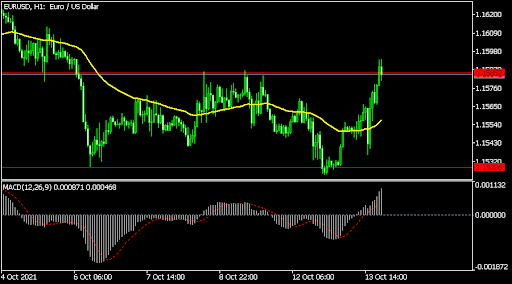 The USDCHF pair broke out lower in the overnight session. The pair declined to a low of 0.9238, which was the lowest level since last week. On the four-hour chart, the pair has formed a head and shoulders pattern, which is usually a bearish signal. It also declined below the short and longer-term moving averages. The pair also dropped below the Ichimoku cloud. Therefore, the pair will likely maintain the bearish momentum. 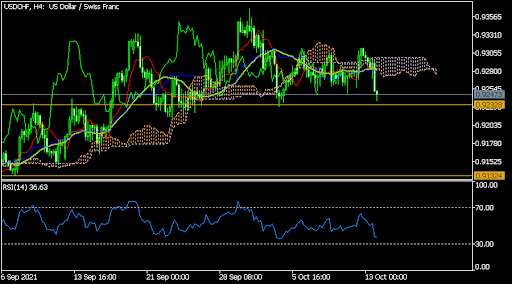 The XAUUSD pair jumped sharply after the inflation data. Gold rose to a high of 1,795, which was the highest level since September 16. On the four-hour chart, the pair rose above the key resistance level at 1,777, which was the highest level in October. The pair also moved slightly above the short and longer-term moving averages and is approaching the 23.6% Fibonacci retracement level. Therefore, the pair will likely keep rising. 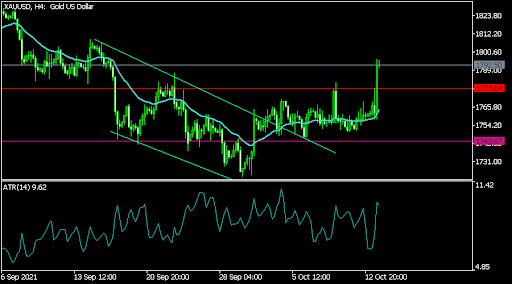