Now that the big Fed meeting is out of the way markets can relax for the summer months ahead. The Fed was in accommodative mood in terms of sentiment if not policy. By bringing forward the likelihood of rate rises from 2024 to 2023 the Fed calmed growing investor fears over runaway inflation. By calming markets the Fed allowed them space to breathe which is exactly what the yield-sensitive Nasdaq did. The tech index setting an intraday record and closing just under its record high close. Investors switched out of some broad market names and into big tech names such as Apple which had been lagging since April. This saw Russell 2000 and S&P 500 close lower on Thursday but not alarmingly so. Value continues to outperform in recent times versus momentum and growth names as the retail space dries up apart from AMC of course! The chart below shows the most popular Growth, Momentum, and Value Exchange Traded Funds (ETF's).

Sell in May and go away did not exactly work out and now we enter the last two weeks of June, historically the worst performing period for US stocks. That is followed by the first two weeks of July which are one of the best performing periods. Yields remain accommodative for equity investors and in particular the Nasdaq as already mentioned. The US 10-Year yield dropped below 1.5% on Friday setting the scene for further Nasdaq appreciation next week. This despite Fed hawk James Bullard talking tough and hitting equities on Friday.

The dollar confounded recent bearish sentiment by taking the rate hike talk and running with it. In the process the dollar triggered stops below 1.20 with position reversals and general pain for the majority who had increasingly positioned themselves as dollar bears. The dollar wobble had knock-on effects across the commodity spectrum with many suffering steep falls on Thursday and Friday. Gold and Silver dropped heavily on Thursday and Oil lost nearly 5%. Not surprisingly oil and commodity stocks were the biggest losers on Thursday and again on Friday.

Fund flows are still positive for equities and with the Nasdaq hitting new records this trend looks set to continue. Equity Exchange Traded Funds (ETF's) attracted net inflows of over $8 billion last week according to the latest data from Refinitiv Lipper Alpha. For the first time nearly 6 months, international equity ETF's did not receive net inflows. However, US ETF's continue to see strong flows with the Q's (NASDAQ ETF QQQ) seeing $2.3 billion inflows and the S&P 500 Core (IVV) receiving $1.9 billion. 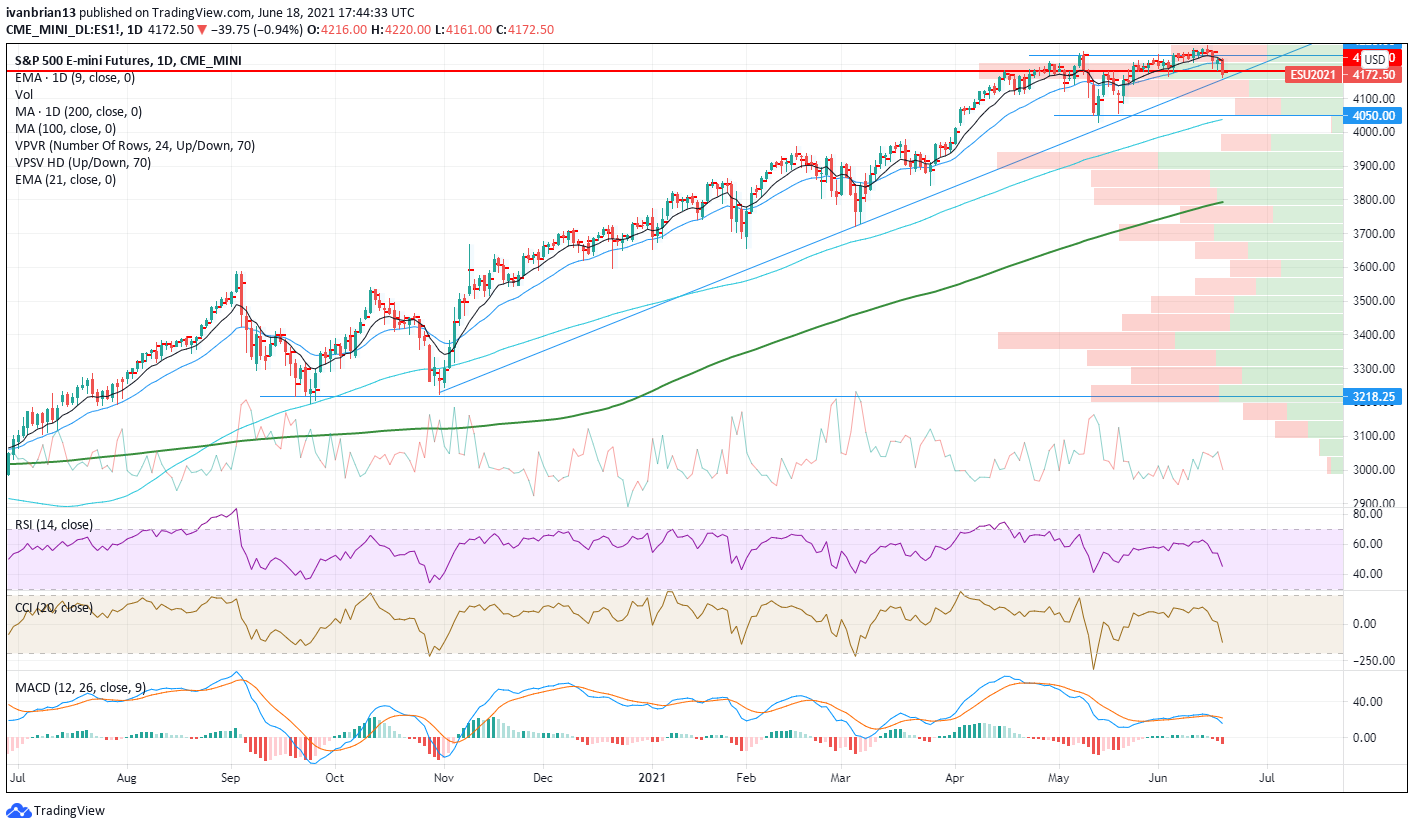 Buy the dip, buy the dip. That has been the theme of equity markets since this pandemic began and investors get another chance now as the S&P heads for trendline support. Above is chart analysis using the S&P E-Mini futures contract, the major route used to trade the S&P 500 Index. That or the SPY (S&P 500 ETF) but it will be a carbon copy. Currently, the S&P 500 sits on strong support from the trendline and the point of control. To those not familiar the point of control is based on volume profile and is the price with the highest volume over the period shown. A break will test 4050 and this needs to hold as the volume profile bars on the right show a sharp drop in volume below 4050 meaning support is thin.

The Nasdaq below looks healthier now, ironic since it has been lagging both the Dow and S&P500. A strong uptrend channel is holding nicely and the 9-day moving average is guiding short-term trends higher. 13,462 holds the short-term pivot for the bullish trend, 12,950 holds the medium-term pivot. Below is a strong support zone with the long-term trend line and the 200-day moving average. 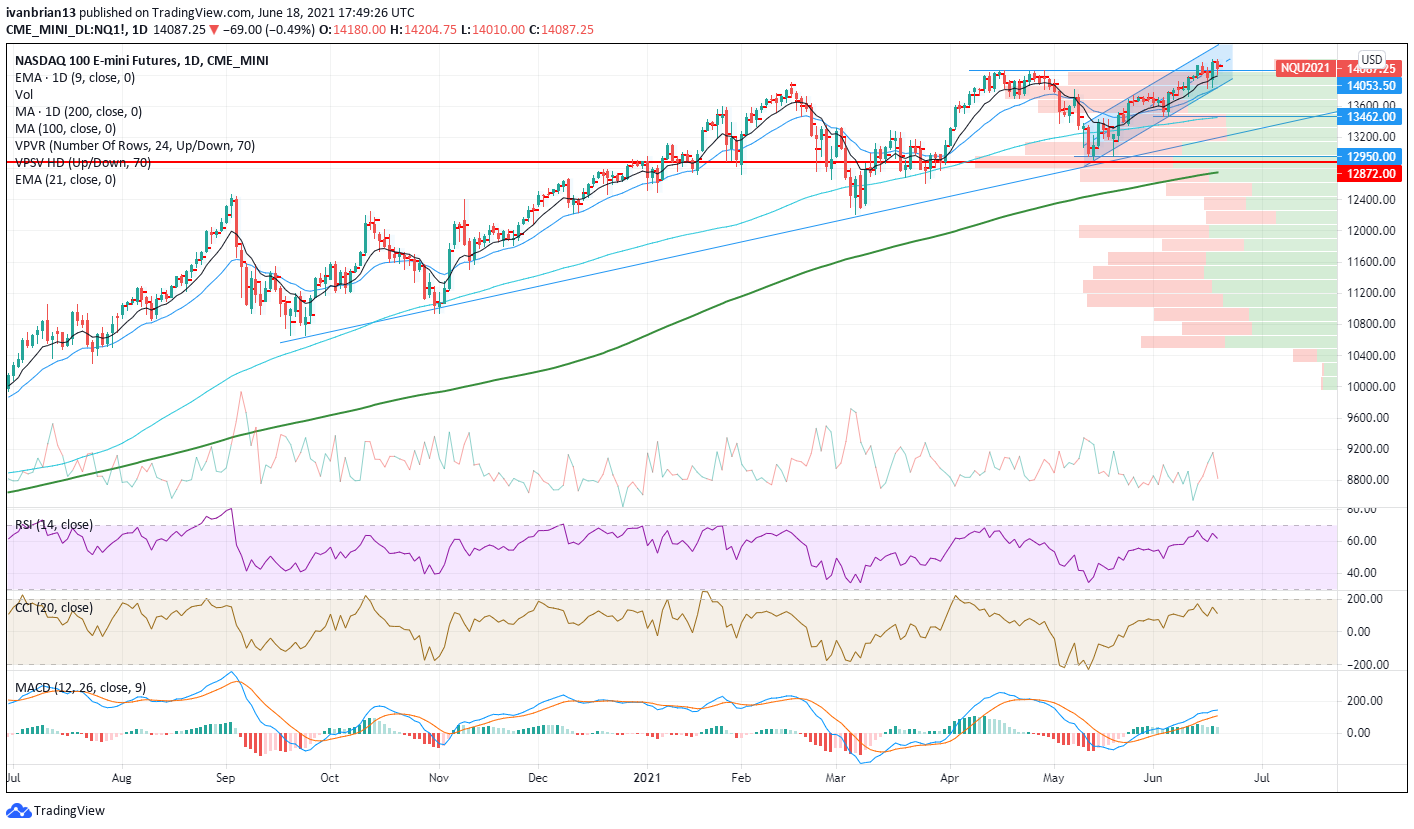 Earnings are getting thinner on the ground but Plug Power (PLUG) will be well watched by retail traders as this is a favourite. Blackberry (BB) is also a retail darling and one of the original meme stocks. Bigger names reporting are limited but Nike (NKE) and FedEx (FDX) are notables. 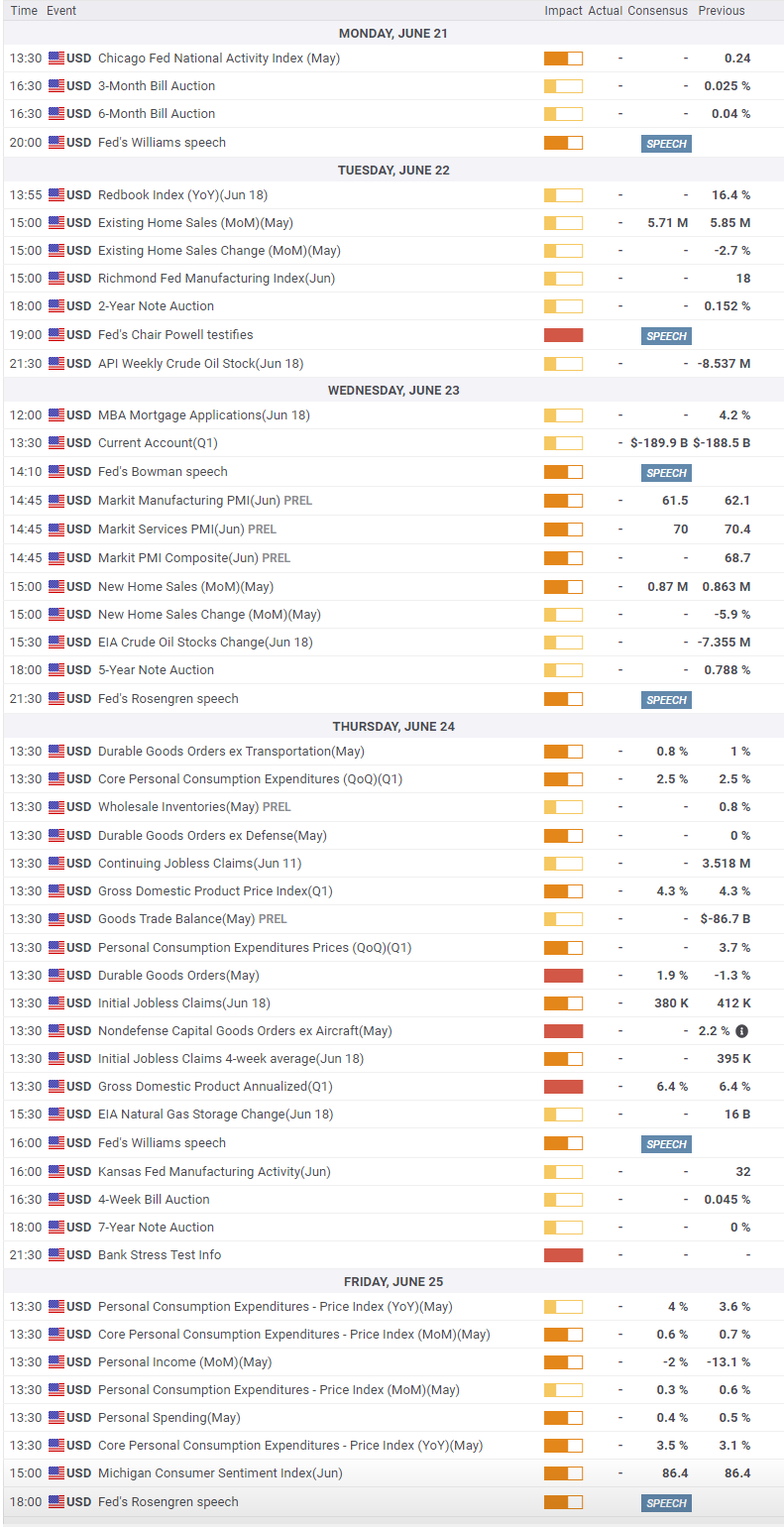