U.S. consumer prices climbed in April by the most since 2009, topping forecasts and intensifying the already-heated debate about how long inflationary pressures will last. The consumer price index increased 0.8% from the prior month, reflecting gains in nearly every major category and a sign burgeoning demand is giving companies latitude to pass on higher costs. Excluding the volatile food and energy components, the so-called core CPI rose 0.9% from March, the most since 1982, according to US Departmet of Labor. The gain in the overall CPI was twice as much as the highest projection in a survey of economists. Similar to last week’s monthly jobs report, forecasters are struggling to get a handle on the rapidly reopening economy which appears now to be decidedly overheating as exhibited by price moves in commodity prices.

The Yen gave up early gains in trading after the report as the greenback gained some attention and buyers on a flight to safety by participants. We present our intraday trade idea for the popular forex pair USD/JPY. We joined the trade long a tad bit late but we are now in this trade idea sitting nicely profitable having entered just at the outer bounds of the suggested entry range. 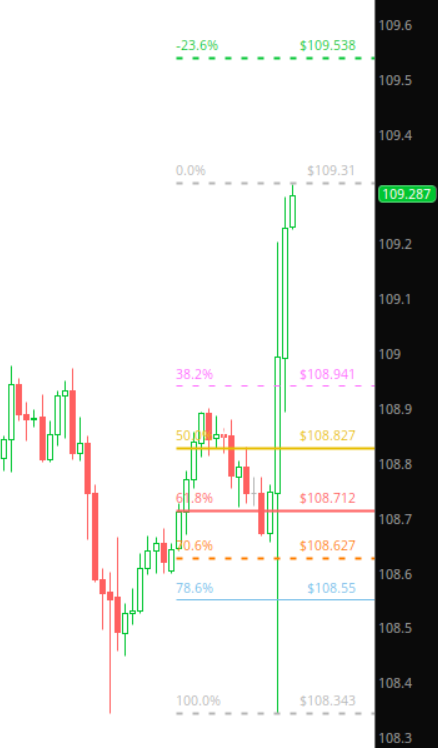 EUR/USD: Dollar advances ahead of Fed

The greenback advanced on Friday to close the week with gains against most of its major rivals, with EUR/USD settling just above the 1.2100 level after trading as low as 1.2092. The focus is on the US Federal Reserve monetary policy meeting next Wednesday.

GBP/USD: Brexit tensions and reopening delays to hit the pound

The GBP/USD pair edged lower on Friday but held above the weekly low at 1.4072 and settled a few pips above the 1.4100 mark. British PM Johnson expressed “serious concern” about the spread of the Delta variant. GBP/USD at risk of falling further, mainly on a break below 1.4070.

Gold spent the first half of the week trading in a relatively tight range as buyers could not hold the price above $1,900. Following a sharp decline to a six-day low of $1,869 on Thursday, the XAU/USD pair managed to stage a recovery and closed the day in the positive territory.