Treasury yields spiked on the stronger than expected CPI and jobless claims data, but have already slipped from the highs. The 2-year rate, more sensitive to the Fed outlook, jumped to 1.858%, but has dipped back to 1.832%. The 10-year ran up to 2.09% and is back to 2.073%. Meanwhile, US equities continue to extended yesterday’s gains, as the market basks in the glow of Chair Powell’s appearance yesterday. The USA30 is leading the way with a 0.3% increase, the USA500 has risen 0.1% and the UAS100 is also up 0.1% in pre-market trading.

The market is still pricing in a 25 bp rate cut at the end of the month. 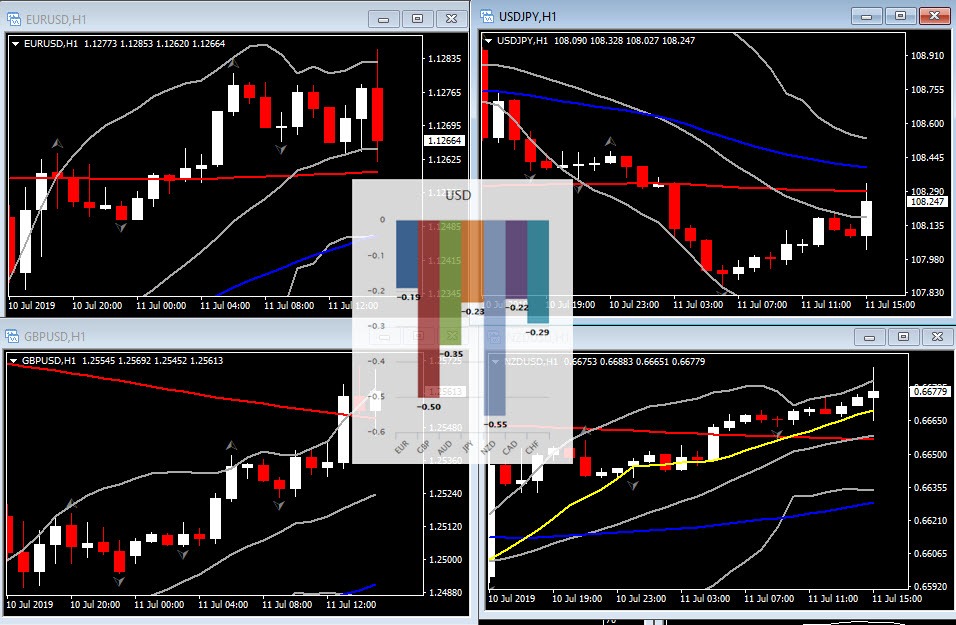 Cable is showing the biggest movement on the day out of the pair Dollar pairings, presently a little off highs but still showing a 0.5% gain. The move reflects about half general Pound firmness and about half general Dollar weakness. A 4bp-plus rise in the 10-year Gilt yield, taking it back above the prevailing 0.75% repo rate, has been concomitant with Sterling’s ascent today. BoE Governor Carney reaffirmed earlier that UK banks would be able to withstand a no-deal Brexit scenario (which still warning of material economic disruption in such an eventuality).