The dollar seems to have stopped losing ground, but charts of individual currencies are all over the place. Sterling continues to drop while the euro continues to rise, the dollar/yen is entering a corrective pullback, and emerging markets are bobbing around. The CAD and AUD seem to be seeking a bottom, with the CAD shaken up by oil, the Ontario lockdown, and an optimistic Bank of Canada. We have so many conflicting signals in the USD/CHF that any trade is just a casino bet.

Just in time, the FT writes “The dollar index, which tracks its value against six other major currencies, jumped 3.6 per cent in the first quarter, its best run since 2018 and a sharp turnround from the 6.8 per cent slide last year. It has since pulled back around 1 per cent.

“The still robust year-to-date gains have confounded analysts, whose expectation for a strong global recovery to pull the world’s reserve currency 3 per cent lower this year was one of the strongest consensus calls for 2021. Instead, signs that the US will outperform other major economies have pushed it up.”

Confusion reigns in part because “every sellside report was saying the same thing, that the dollar would weaken,” according to one analyst. But then inflation expectations jumped up and caused the bond market selloff, making US yields appealing again. Now we have a resolute Fed putting off any change in policy to 2024 while the market thinks it should come in 2022, if not sooner.

Deutsche Bank has changed its forecast several time. Right now, it sees the euro back over 1.20 by the summer. Goldman Sachs sees the euro at 1.28 by the end of the year. Citi is bearish, calling for a drop of as much as 20% (but the FT doesn’t say from what level).

Then there is BoA, which said that the euro should dip to 1.15 by year-end, citing US economic outperformance and “eventual Fed policy normalization.”

Corrections are always messy but this one seems messier than usual. If we put vaccinations and growth on the plus dollar side, we still have a stubborn Fed on the minus side. This is not going to be resolved anytime soon. Meanwhile, it looks like G20 cooperation on the minimum corporate tax might actually go somewhere, and in any case, in the US the proposed new minimum tax would raise as much as $2 trillion, a splendid offset to the extreme Biden spending and gutting the arguments of the opponents to stimulus on fiscal grounds.

Then there is the long-stranding anti-dollar sentiment that makes every negative news release hit the dollar harder than the same negative would hit the euro or any other currency. What is out there now that can have this effect? A fourth Covid wave than spreads from Michigan to everywhere else, and a finding that the current vaccines do not work as well on the variants. The one we have now is the UK version and it’s more transmissible and deadly. Then there’s military brush-up with Russia or China, which tends to favor the dollar as safe-haven. A fresh attack on the Fed for not managing the QE plumbing properly is always a possibility, and/or grudging acceptance that the Fed will stand its ground and for years. Then there is the Big Kahuna–a stock market correction. That would be dollar positive.

The factors add up to a stand-off, meaning a sideway range-trading environment, albeit with some unwarranted volatility, as we saw early in the week. For hedgers, the only solution to sit on your hands for a while. For traders, you have to narrow the holding time period to only a few hours at most–the wind is blowing too hard.

Tidbit 1: For the past few years, gold and the dollar have been (roughly) positively correlated. This is backwards–they are supposed to be inversely correlated, gold the hedge against a falling dollar. The narrative is that inflation drives rates up but by less than it should, so when the dollar falls, gold is a safe haven. Remember that we used to have the same inverse relationship between the dollar and oil and the dollar and the S&P.

What happened to those relationships? The first thing that happened was inflation receding and never again reaching much over 3-4% since the 1980’s. But the mindset remained stuck in the ‘80’s. Fed chief Powell keeps reminding us of that decades-long low inflation run, which is a heavy influence on expectations. To a disturbing extent, the inflation you get is a function of the inflation you expect–confirmation bias. 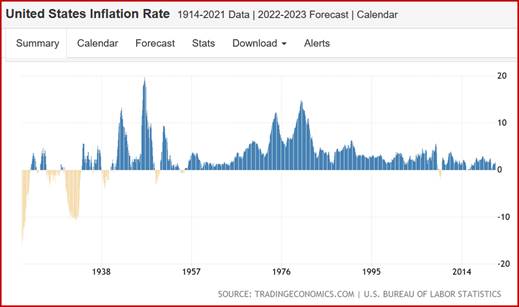 The second thing: gold has lost some of its magic. As an inflation hedge, it’s mostly a bust. Just as newer generations prefer tacky Ikea fake-wood furniture over well-crafted, solid wood antique pieces, and rentals over home ownership, gold is just another commodity. In fact, platinum and lithium are more valuable as industrial inputs. Third–short-termism, aka the quest for instant gratification. It’s a whole lot more fun and far easier to fool around in equities than to deal with gold, which has no inherent return.

Tidbit 2: About those newbie retail equity market investors–they are copying the hedge fund boys and borrowing up to half of the money to fund their forays. According to the WSJ,

“As of late February, investors had borrowed a record $814 billion against their portfolios, according to data from the Financial Industry Regulatory Authority, Wall Street’s self-regulatory arm. That was up 49% from one year earlier, the fastest annual increase since 2007, during the frothy period before the 2008 financial crisis. Before that, the last time investor borrowings had grown so rapidly was during the dot-com bubble in 1999.”

That doesn’t mean borrowing is fueling that US equity rally, which has some authentic reasons, but it does mean cascading losses and a big fat retreat if and when a correction comes along. High leverage can cause high volatility. Here’s a cute observation from the Commodity Futures Trading Commission on Tuesday: “Speculative short-term trading is always risky, but mixing it with unfamiliar products and markets, leverage, and advice from anonymous individuals is a recipe for disaster.” In other words, don’t read stock advice on the internet.