NZD/USD managed to tick above the 200-period simple moving average (SMA) in the four-hour chart for the first time since July but the bulls were soon rejected around 0.6449, with the price resuming its weekly neutral status.

While the RSI is pushing efforts to return above its 50 neutral-mark, the falling MACD and the convergence of the red Tenkan-sen and Kijun-sen lines signal that the bullish action may be running out of steam. The 20-period SMA turned discouraging as the line which was determined to post a bullish cross with the 200-period SMA looks to be giving up.

Nevertheless, buyers could come back in play to retest Thursday’s 0.6449 resistance if the price manages to rebound back above the 200-period SMA. If efforts prove successful this time, with the pair breaking the 38.2% Fibonacci of the downleg from 0.6789 to 0.6267 too, the way could open towards the 0.6500-0.6528 area which encapsulates the 50% Fibonacci. Higher, more gains could follow once the 61.8% Fibonacci of 0.6586 gets violated.

In case sellers dominate, nearby support could be found in the crossroads of the 23.6% Fibonacci of 0.6390 and the 50-period SMA. A sharp decline under the bottom of the Ichimoku cloud – currently seen around the 0.6360 support region – could confirm more losses ahead, shifting attention towards the 0.6320-0.6280 restrictive zone.

In the bigger picture, the market maintains a downward pattern since mid-July and only a remarkable upturn above the 50% Fibonacci could confirm the end of the bearish phase.

Summarizing, the technical signals warn of weak trading in the short-term, though a climb above the 0.6449 barrier could allow for some more gains. Yet, NZDUSD may need a stronger rebound above 0.6528 to eliminate negative sentiment in the broader picture. 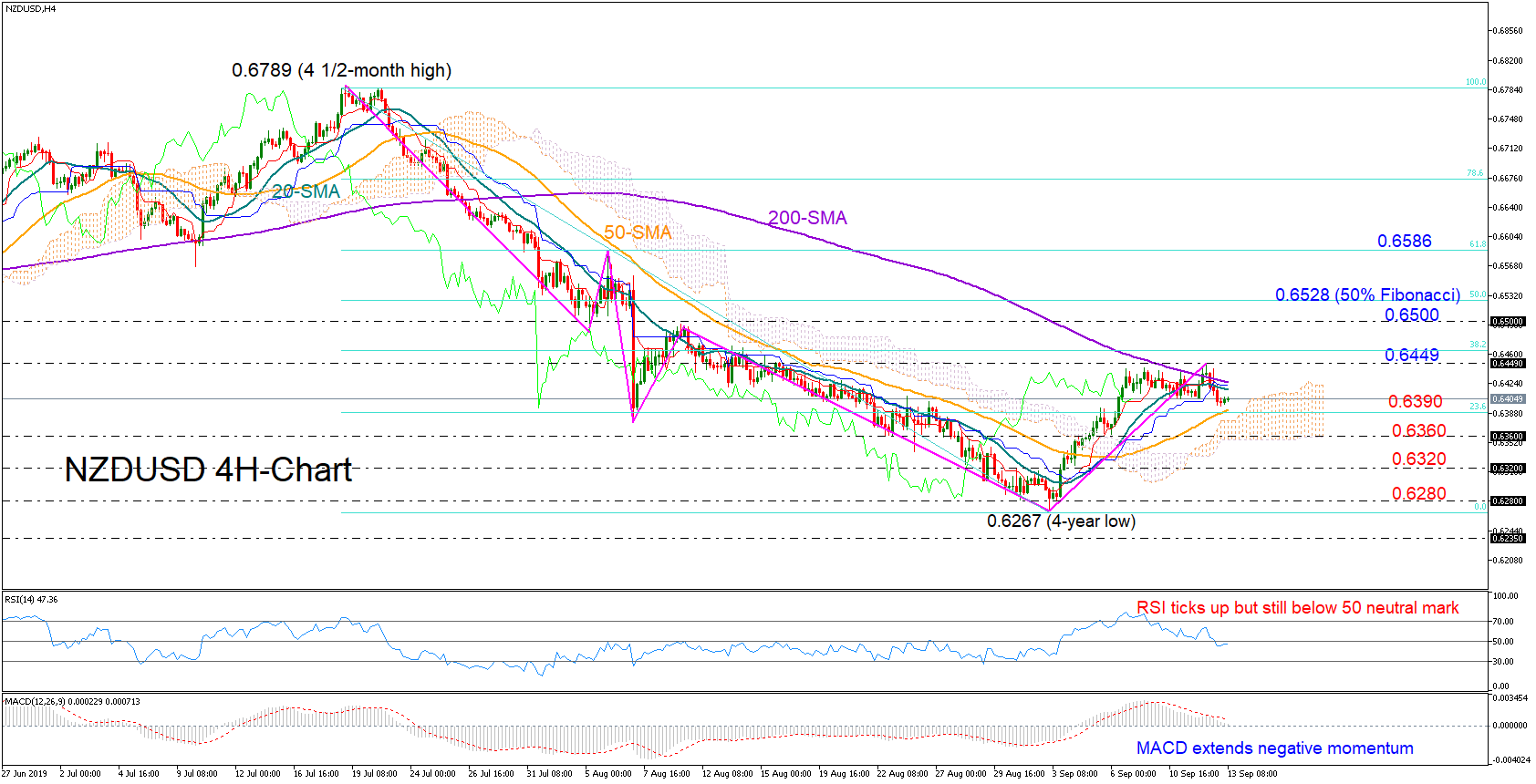