Groundhog Day x2 – both Brexit talks and the US fiscal stimulus saga have been dominating cable's trading, with hopes on both pushing the pair higher before adverse headlines doing the opposite. These two sets of deliberations compete with increasing coronavirus cases and data for attention.

This week in GBP/USD: Delaying the deals

Brexit: UK Prime Minister Boris Johnson and European Commission President Ursula von-der Leyen agreed to extend talks through the end of October, sending the pound higher. However, reports came out that Britain is considering abandoning the negotiating table by October 15.

The EU and the UK are discussing future relations after the transition period expires by year-end and seem to be clashing on the substance, not only on the timeline. The two thorny issues are state aid and fisheries – the latter being a minuscule industry with an outsized political impact. Johnson's controversial Internal Markets Bill has also come under scrutiny by EU officials, labeling it a "breach of trust."

US stimulus: While London and Brussels produced mostly adverse headlines, hopes are rising for a deal in Washington. Early in the week, US President Donald Trump left the hospital as he recovers from his COVID-19 episode, and abruptly cut off talks with Democrats.

However, sinking stocks and tumbling poll figures probably convince the commander-in-chief to change tack, which could boost markets, and weigh on the safe-haven dollar.

The Vice-Presidential debate was the political highlight of the week with COVID-19 being the No. 1 topic, especially given the president's disease. Incumbent Mike Pence and challenger Kamala Harris held a civilized encounter, yet it is unclear if Republicans improved their chances.

Surveys of voting intentions have been swinging toward a landslide victory for former VP Joe Biden. Even when accounting for a 2016-style poll lean toward Democrats, Trump is set to lose. It is essential to remember that canvassing can go in both directions – In 2012, polls leaned toward Republicans, and then-president Barack Obama won with a larger-than-expected margin. 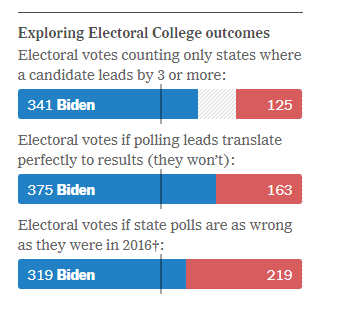 Apart from Trump's coronavirus case, infections are rising once again in the US and the UK. Restrictions are already in place in various parts of northern England, and they may be elevated.

Sterling has been struggling to rise, partly due to the virus. However, it is essential to note that mortalities are higher in America, after adjusting for population. 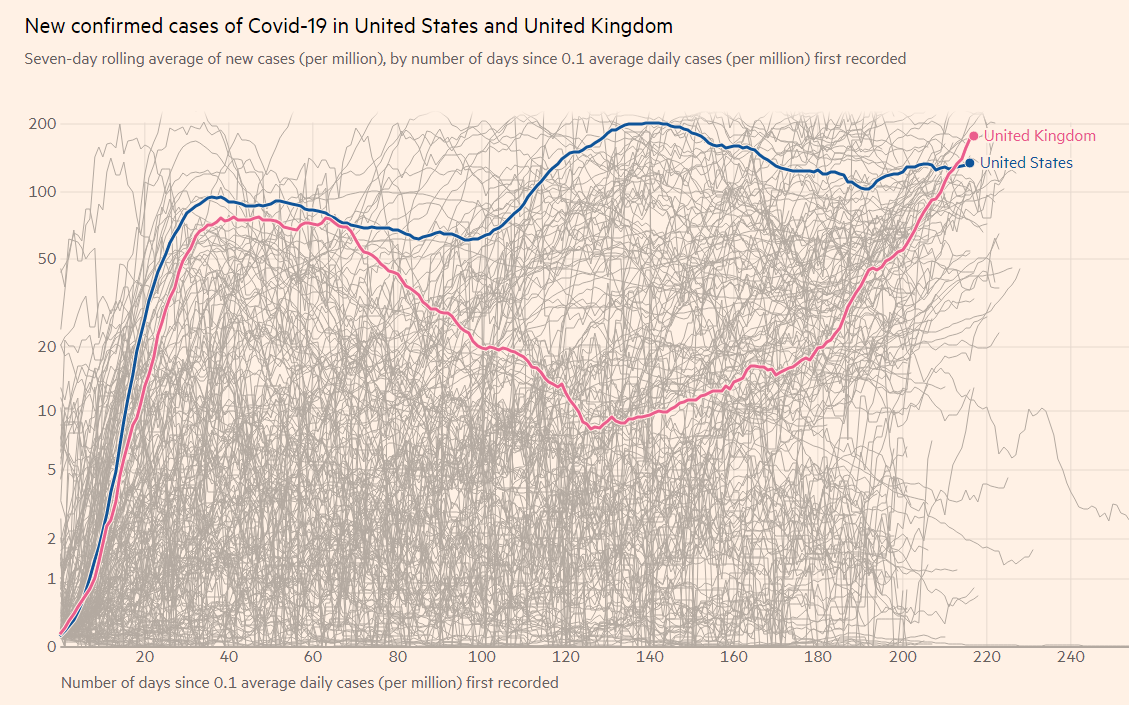 Economic data had little impact on pound/dollar but is worth noting. The British economy grew by 2.1% in August, around half the expected rate, and on top of a downward revision for July.

The figures seem incompatible with relatively upbeat comments by Andrew Bailey, Governor of the Bank of England, who expressed satisfaction from the recovery.

In the US, the ISM Services Purchasing Managers' Index beat estimates with 57.8 points, yet weekly jobless claims fell short of estimates with 840,000 initial applications.

The EU Summit on Thursday and Friday is touted as one of the critical moments to reach a Brexit deal – but many deadlines have come and gone. Johnson is unlikely to abandon talks, which could drag until the last moment, New Year's Eve.

Will the extension of negotiations help the pound? Probably not, as investors are likely pricing in protracted deliberations. On the other hand, reports of ongoing disagreements could keep the cap on the pound.

COVID-19 statistics are set to have a greater role in shaping the exchange rate, especially if the government begins mulling a London lockdown. One of the world's greatest financial centers has been spared the worst of the second wave but is not immune to shocks.

Increases in cases and fatalities could send the sterling lower even before any restrictions are imposed as consumers could be reluctant to go out and about. The reduced furlough scheme – in which employees that are unable to work receive up to two-thirds of their salaries – may also weigh on the economy.

An update on the labor market is the highlight of the economic calendar. The UK Unemployment Rate is projected to have remained at a low level of 4.1% in August, thanks to the government's successful furlough program. Earnings are also set to move up, albeit from low levels.

The Claimant Count Change provides a more up-to-date look at the economy. After an increase of 73,700 applications in August, another jump in September could prompt the pressure on the pound.

BOE Governor Bailey will have additional opportunities to comment on the economy. Will he express more concerns? Any hint of sub-zero borrowing costs could trigger falls.

Overall, sterling has room to decline.

US events: Politics and the consumer

The fate of fiscal stimulus remains left, right, and center, but time is running out ahead of the elections. It is essential to remember that Senators begin confirmation hearings for Judge Amy Coney Barret for the Supreme Court. They may prefer to focus on the nomination rather than extend the seemingly neverending talks on further relief, leaving these decisions to after the vote.

Politics have a growing role in moving markets. Given the impasse on stimulus, investors seem to prefer a clean sweep for Democrats over their more traditional preference for business-friendly Republicans. Post-VP-debate polls are eyed.

At the time of writing, Trump rejected a suggestion to hold a remote debate with Biden and prefers holding rallies despite his ongoing recovery from COVID-19. After a chaotic one that proved detrimental for Trump's chances, the second encounter is scheduled for October 15. That number, 15, is also his current chance of winning according to FiveThirtyEight:

The US consumer stands out on the economic calendar. Retail sales statistics for September are forecast to increase by 0.5% in both the headline and the all-important Control Group. Consumption is central to the American economy – and may also impact politics.

More: State of the race: Where do Trump and Biden stand after the first debates, fast news

In August, expenditure missed expectations, primarily driven by government support's lapse at the end of July. However, it gave a fresh boost to talks on Capitol Hill. Will bad news turn into good news again? As mentioned earlier, the proximity of the vote lowers the chances of a deal.

Other figures to watch are jobless claims and the Univesity of Michigan's preliminary Consumer Sentiment Index for October, set to show a slower recovery.

Momentum on the daily chart has turned positive – a bullish sign. Pound/dollar trades above the 100 and 200-day Simple Moving Averages but below the 50-day SMA, while the Relative Strength Index is stable.

All in all, bulls have a minor advantage.

Critical resistance is at 1.30, which is a psychological barrier and capped the price several times in the past month and nearly converges with the 50-day SMA. Further above, 1.3050 provided support in August and now serves as resistance. If these levels are cleared, 1.3195 and 1.3280 await GBP/USD.

Support awaits at 1.2840, a low point in early October, followed by 1.28, which separated ranges at the end of September. The 200-day SMA hit the price at around 1.2710, and the next level to watch is 1.2670, which provided support in September and resistance in July.

The FXStreet Forecast Poll is showing that experts see rising prices, yet they seem skeptical about the sustainability of the move. Minor upgrades to average targets were recorded since the last poll.