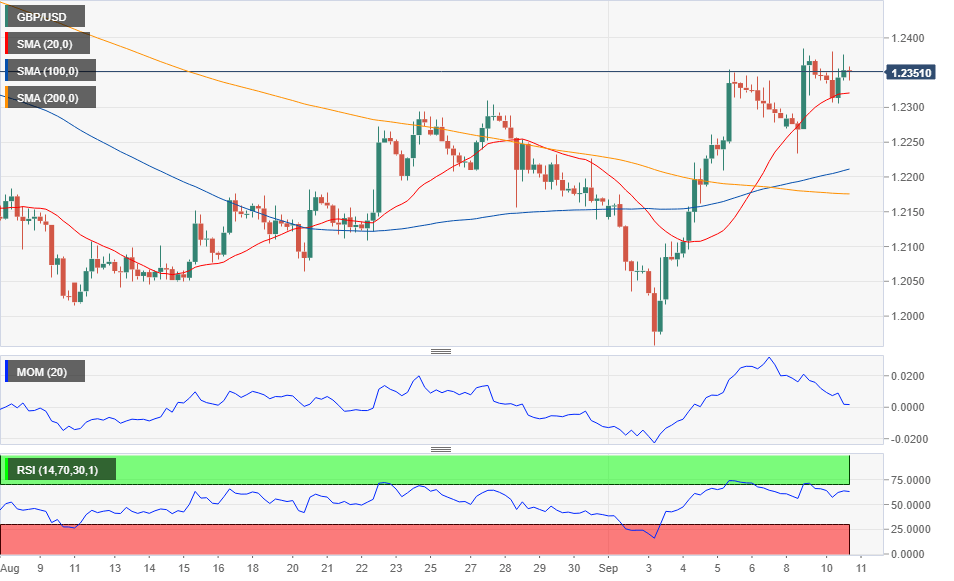 The GBP/USD pair held at the upper end of Monday’s range, ending this Tuesday just modestly up at around 1.2350. The Pound was underpinned by upbeat UK employment data, with the ILO unemployment rate decreasing to 3.8% in the three months to July, as wages in the same period increased by 3.8% and 4.0% excluding and including bonus respectively. Bank of England Governor, Mark Carney, made some hawkish comments that also kept Sterling in the bullish said, as he said that “the core of the financial system in the UK is ready for Brexit whatever form it takes."

In the Brexit front, the UK Parliament enacted a law to block a no-deal Brexit, before the Parliament got suspended until October 14. British PM Johnson crossed the wires during US trading hours, repeating that the government is working “very hard” to get a deal with the EU but noted that they will come out without a deal if it's "absolutely necessary." A deal will require a lot of work, but can be reached by the end of October, the Prime Minister added. The UK won’t release relevant data this Wednesday.

The GBP/USD is neutral-to-bullish according to the 4 hours chart, as the pair held above its moving averages, with the 20 SMA providing an immediate support, losing strength upward and now at around 1.2320. The 100 SMA advances above the 200 SMA, both over 200 pips below the current level. Technical indicators in the mentioned time-frame hold in positive ground, although lack directional strength. The pair was unable for a second consecutive day to surpass the 1.2380 area, but given that it holds nearby, the risk remains skewed to the upside.