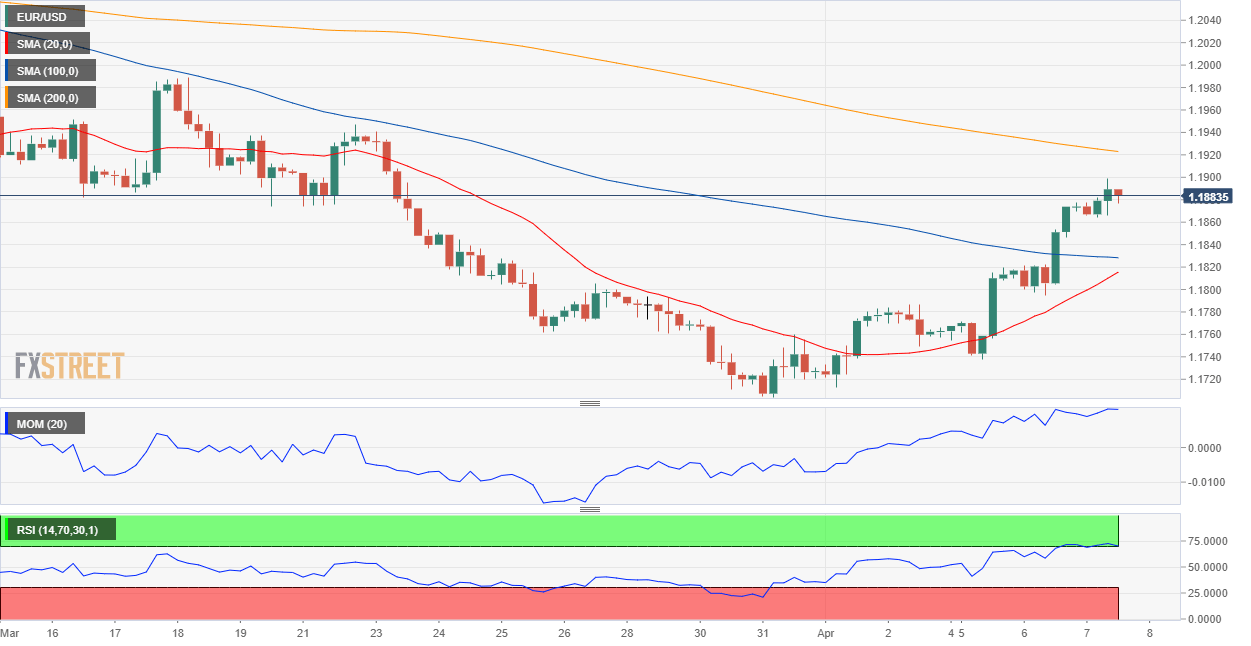 The EUR/USD pair approached the 1.1900 level after encouraging EU data which underpinned the shared currency while weaker US Treasury yields undermined the greenback throughout the first half of the day. Markit published the final readings of its March Services PMIs for the EU, and most of them were upwardly revised. The German index was confirmed at 51.5, while for the whole Union, it printed at 49.6, better than the previously estimated 48.8.

Meanwhile, stocks remain around their opening levels as investors wait for US President Joe Biden’s speech and the FOMC Meeting Minutes. The US has just released the February Goods Trade Balance, which posted a deficit of $71.1 billion, worse than the $ -70.5 billion expected.

The EUR/USD pair retreats modestly from a daily high of 1.1898 but retains most of its intraday gains. The 4-hour chart shows that the pair has reached overbought conditions and may correct lower, although the downside potential is well limited. In the mentioned time-frame, technical indicators hold within overbought levels without directional strength, while the pair keeps developing above its 20 and 100 SMAs, with the shorter advancing below the longer one.