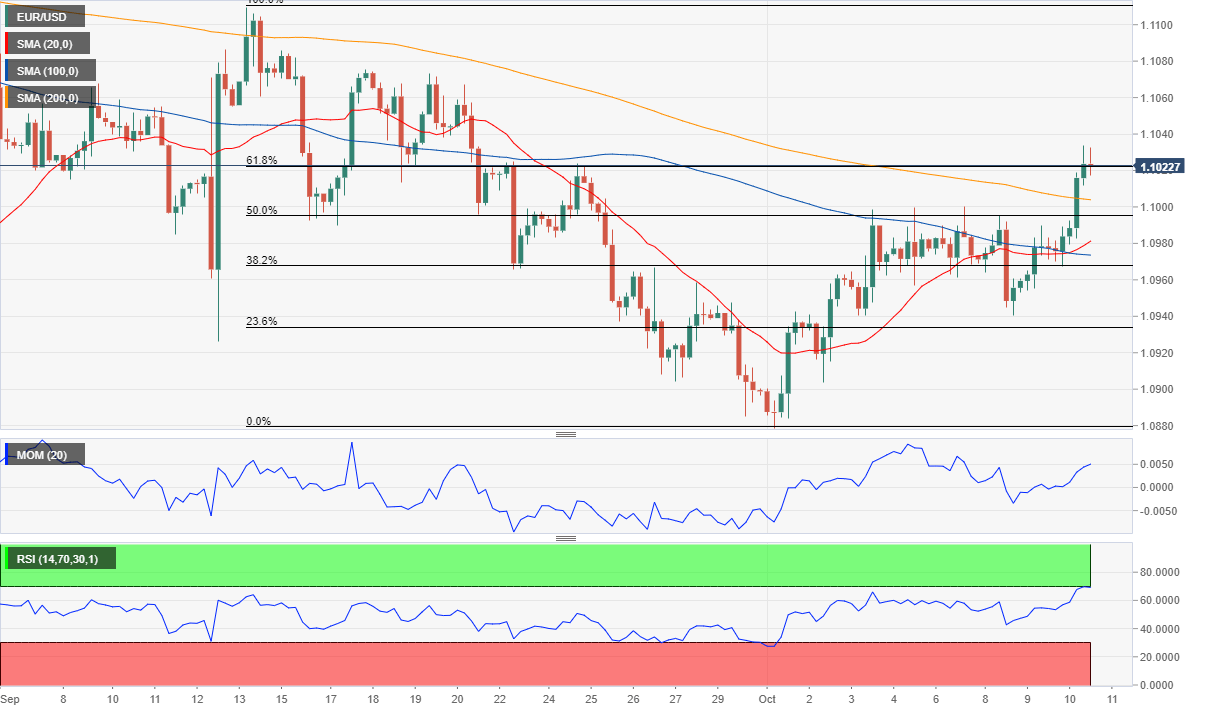 The EUR/USD pair has advanced to a fresh 3-week high of 1.1033, holding nearby ahead of Wall Street’s opening. The intraday rally was in part triggered by US-China trade-related news, following headlines indicating that US President Trump is willing to grant some concessions to China to reach a deal, although it’s hard to consider news positive. The markets are all about positioning and caution ahead of official news.

The market is ignoring negative data coming from both shores of the Atlantic. In the EU, Germany released its August Trade Balance, which posted a smaller-than-expected surplus of €18.1B vs the previous €20.5B. The US, on the other hand, released Initial Jobless Claims for the week ended October 4, which came in better-than-anticipated at 210K, and the final version of September inflation, with the core annual CPI resulting at 2.4% as expected, although the monthly figure missed by raising just 0.1%.

The EUR/USD pair is currently trading around 1.1020, stuck to the 61.8% retracement of its latest daily decline. In the 4 hours chart, the pair has advanced above all of its moving averages, with the larger ones maintaining their bearish slopes, although the 20 SMA is now advancing and trying to surpass the 100 SMA, reflecting the increased buying interest. Technical indicators in the mentioned chart hold near their daily highs well into positive ground, but their bullish strength is limited. The immediate resistance is 1.1045, the level to surpass to confirm further gains heading into the weekend.

GBP/USD is trading above 1.2800 after hitting a new 2020 low as concerns about a no-trade-deal Brexit are weighing on the pound. Modest recovery seen in USD during the American session keeps the bearish pressure intact.