Global stocks continued their recovery as investors have rushed to buy the dip. Futures tied to the Dow Jones and S&P 500 have risen by more than 0.50%. If this trend continues, it will be the first weekly gain since March. The same situation happened in Europe, where the German DAX and CAC 40 rose by almost 1%. Some of the top movers in the pre-market session were Kraft Heinz, Medtronic, and Centene, which fell by over 5%. Dollar General, Dollar Tree, and DXC Technology rose by more than 15% after these firms reported strong results. Other top gainers were firms like Dell and Ulta Beauty.

The price of crude oil jumped sharply as the EU continued to debate measures to ban Russia’s crude oil. While many countries support the measure, a small group of them have opposed the measure citing the vast amount that they buy from the country. Meanwhile, oil prices rose even after a sharp decline in China’s industrial output. According to the country’s statistics agency, industrial profits declined by 8.5% in April compared to the same period in 2021. The contraction piles pressure on the government after it has implemented Covid-zero strategies.

The Japanese yen moved sideways as investors reacted to the latest inflation data from Tokyo. According to the country’s statistics agency, the headline CPI declined from 2.5% in April to 2.4% in May. Excluding the volatile food and energy, core CPI remained unchanged at 1.9% during the month. These numbers show that the country’s inflation has topped. The other important economic numbers showed that Australia’s retail sales rose by 0.9% in April as people invested in food and personal effects.

The USDJPY pair remained in a tight range after the latest Japan inflation numbers. The pair is trading at 127, where it has been in the past few days. It has also moved slightly below the 25-day and 50-day moving averages. The pair has also formed a small symmetrical triangle pattern. At the same time, the Relative Strength Index (RSI) has moved to the neutral point at 50 while the momentum indicator has tilted upwards. Therefore, the pair will likely have a bearish breakout as sellers target the key support at 126. 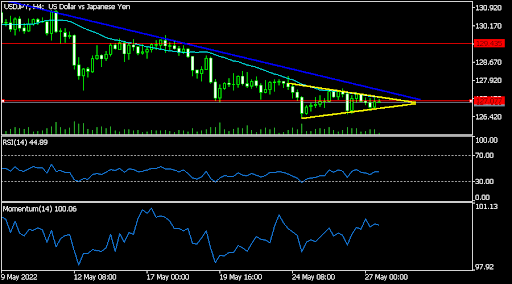 The EURUSD pair declined slightly as the US dollar crawled back. The pair is trading at 1.0700, which is along the 25-day moving average. The pair has formed a sliding double-top pattern whose chin is at 1.0646 while the pair has moved below the 61.8% Fibonacci retracement level. The Relative Strength Index (RSI) and the MACD have pointed downwards. Therefore, the pair will likely keep falling as bears target the support at 1.0650. 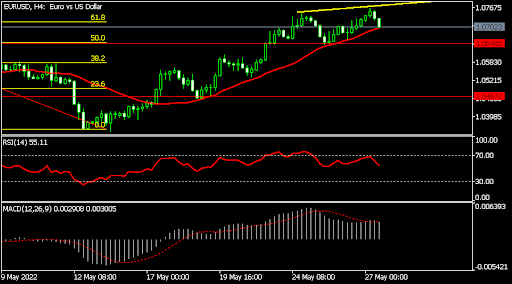 The NZDUSD pair rose to a high of 0.6520, which was the highest level since May 9th. This price is significantly higher than this month’s low of 0.6220. On the four-hour chart, the pair rose above the 25-day and 50-day moving averages. The MACD has moved above the neutral level while the Relative Vigor Index (RVI) has moved upwards. Therefore, the pair will likely keep rising as bulls target the key resistance at 0.6600. 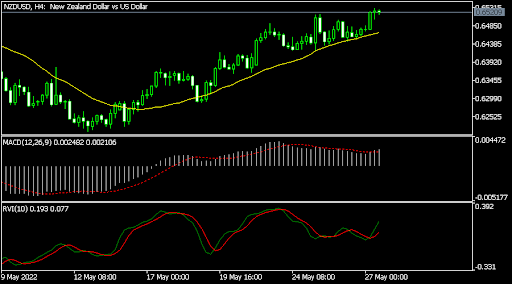