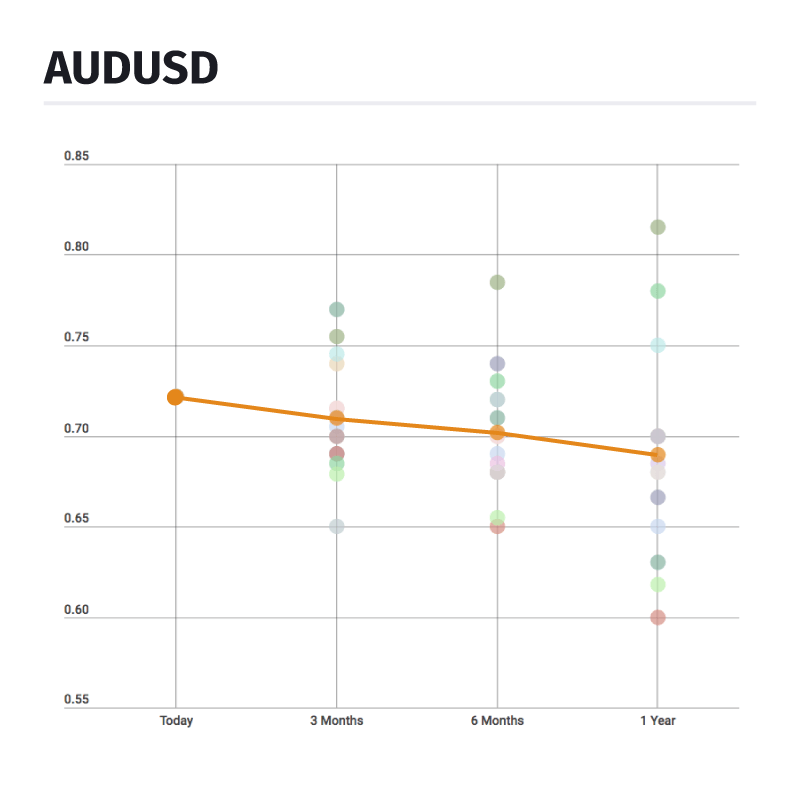 Growth Aces Research Team: "We see upside potential for the AUD as the Australian yield level in real terms remains one of the highest in G10. The AUD/USD should by supported by the fact that the market has now priced out any expectation of easing by the Reserve Bank of Australia. The AUD/USD is also likely to rise on the back of higher commodity prices and hence, an improvement in terms of trade"

Markus Gabel: "Aussie is in a valid downtrend and might have problems for a rebound next year"

David Cheetham: "AUD is possibly the most vulnerable currency to a large downside correction in 2017 due to both domestic risks and its sensitivity to China"

Lukman Otunuga: "With fears lingering over the health of the Australian economy and expectations mounting of the RBA cutting interest rates, the AUDUSD could be in-store for steeper declines. A rising Dollar against the Australian Dollar should provide a platform for sellers to send the AUDUSD towards 0.6500 by summer"

Przemyslaw Kwiecien: "There are many risks for the Aussie going forward, starting from China, through artifcially high iron ore prices through domestic risks like the housing market. The money market sees gradual rate increases in Australia which lacks logic to us"