Ripple (XRP) price is in a downtrend, already correcting 28% since the peak from November. In that correction, XRP price is putting pressure on the $1.00 level. As a break looks inevitable, bulls will only want to jump in and start buying XRP price action around $0.78-$0.85, which would translate into another 15% devaluation in Ripple price.

An XRP price break below $1 would ignite a sell-off

Ripple price saw bulls trying to break out of the downtrend that has been present since most of November. Bulls got rejected against a historical level at $1.10 and its intersection point with a short-term descending trend line that looks to be holding some respect for most of November. The feint higher was really a bull trap and bears then took the opportunity to push price briefly below $1.00

XRP price will see further pressure on that $1.00 as bears have seen the possibility of a  breakthrough. Expect bears to build momentum further,  as the 55-day Simple Moving Average (SMA) forms a cap on the top side at around $1.10. Expect each bullish uptick to be matched and reversed to the downside. 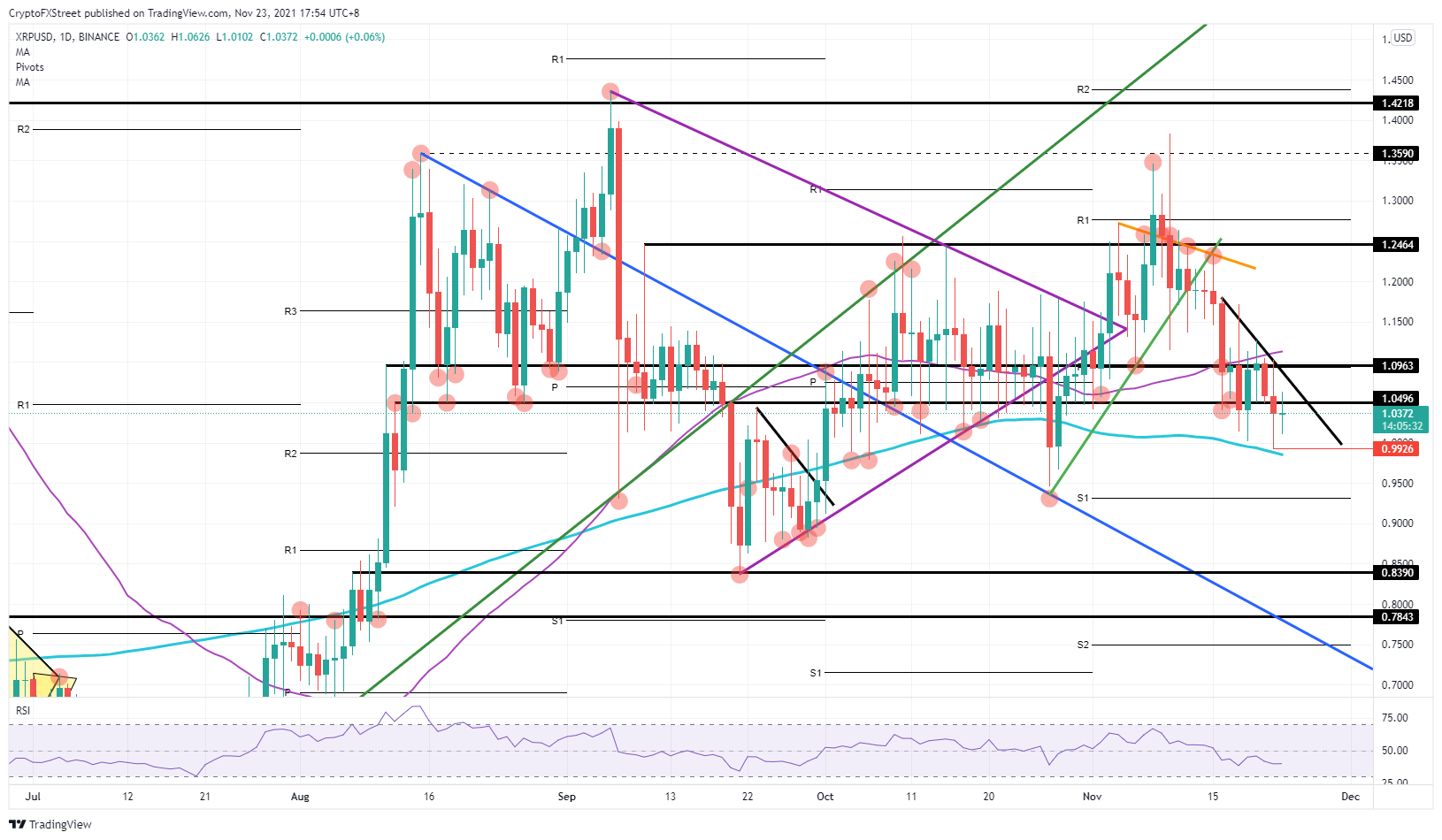 A break below $1.00 will give XRP bears the persistence to exert further bearish pressure. This, in turn, will attract more short-term bears and see an acceleration on the sell-side as bulls panic and close out their positions. Expect a break below the 200-day SMA and see a nosedive towards $0.84. Bulls will see the falling knife hit a floor and twang between$0.84 and $0.78 and start to buy, which will then see a handover in sentiment and begin the start of a new uptrend.