Ripple (XRP) price was on the back foot today as markets found themselves rattled by comments from the CEO of Moderna questioning the effectiveness of current vaccinations against Omicron. XPR price  is currently finding support between the monthly pivot and the 55-day Simple Moving Average. Expect bulls to defend the uptrend and still target $1.05-$1.10 as the first profit target to the upside.

XRP price saw bulls attempting to break above a red descending trend line that has not, in truth, been very well respected in the past with quite a few false breakouts but, nevertheless, does still hold some importance. There is the possibility a bull trap has formed, with buyers stepping in following the trend line break now getting trapped in a  downside move, as bears use current headwinds as a catalyst to short XRP price.

Yet for now, at least, XRP price is still supported, with bulls putting up a  defence between the monthly pivot at $0.93 and the 55-day Simple Moving Average (SMA) at $0.97. Also, the uptrend is still very much intact, and investors are using the current turn of events to further buy into Ripple coins. This is proven by the Relative Strength Index (RSI), which is not showing any signs of a bearish knee-jerk reaction and still broadly supported by buy-side action counterbalancing the selling pressure. 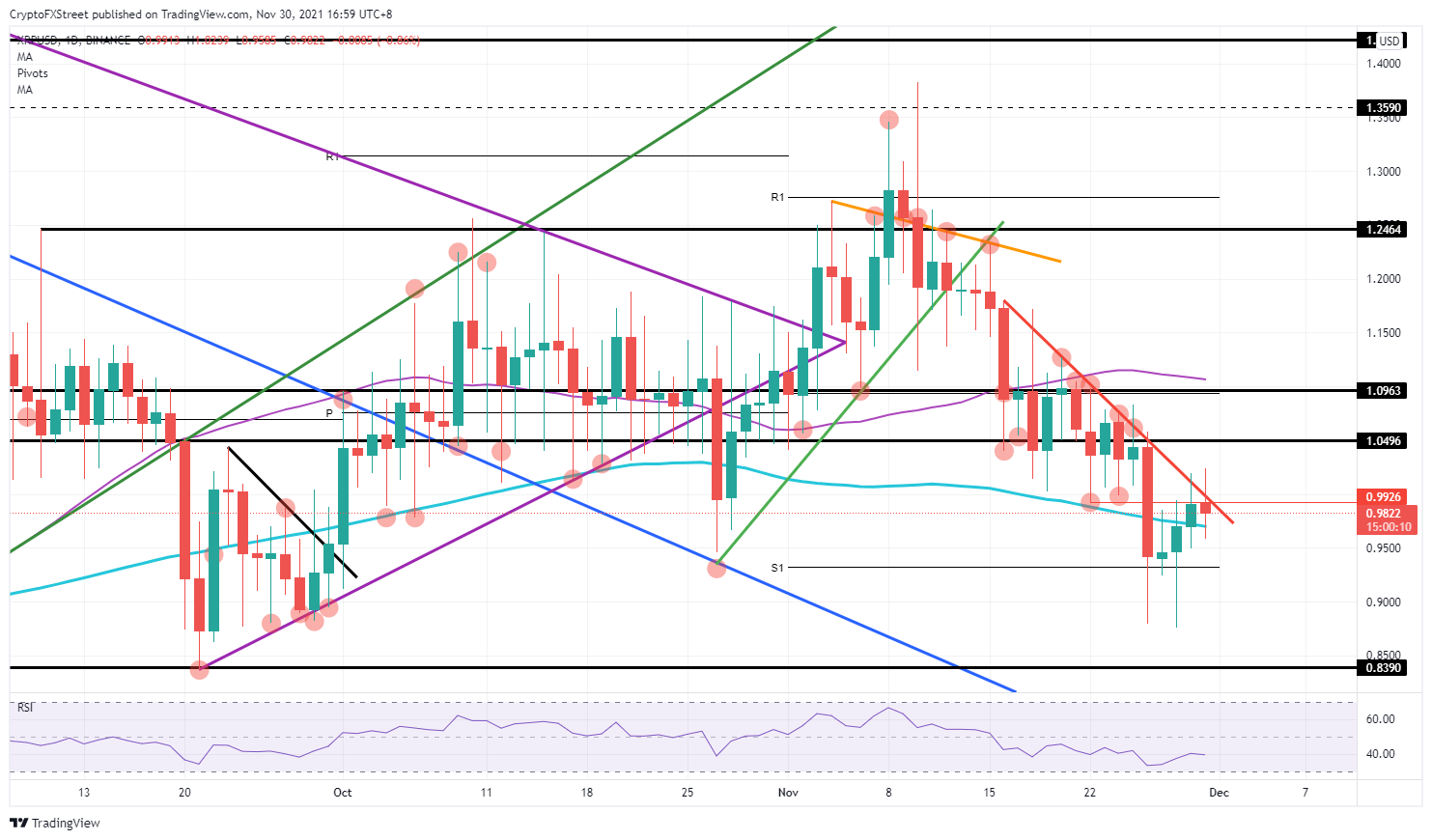 Expect XRP price to remain under pressure today, and until investors can reassess the situation and see that the global economy can remain open without any significant hurdles. Risk on sentiment should come back in play late afternoon or tomorrow once the dust settles and see XRP running up again towards $1.05-$1.10, as the first port of call. Should more tailwinds start to emerge expect a further run-up to $1.25 even.