XRP price completed the most bearish weekly candlestick close within the Ichimoku system since the week of February 28th, 2020, last week.. The candlestick closed below its final Ichimoku support level, the Kijun-Sen ($0.957). XRP now has very little support structure remaining and will now rely on the Chikou Span as its final hope of support.

Some bullish warning signals are flashing, however, and could trigger some covering by short-sellers. Currently, XRP price has bounced off the 38.2% Fibonacci retracement at $0.84 to return above the Kijun-Sen. Another factor contributing to the bounce is the Chikou Span moving above the body of the candlesticks for the first time since the August 13th weekly candlestick. 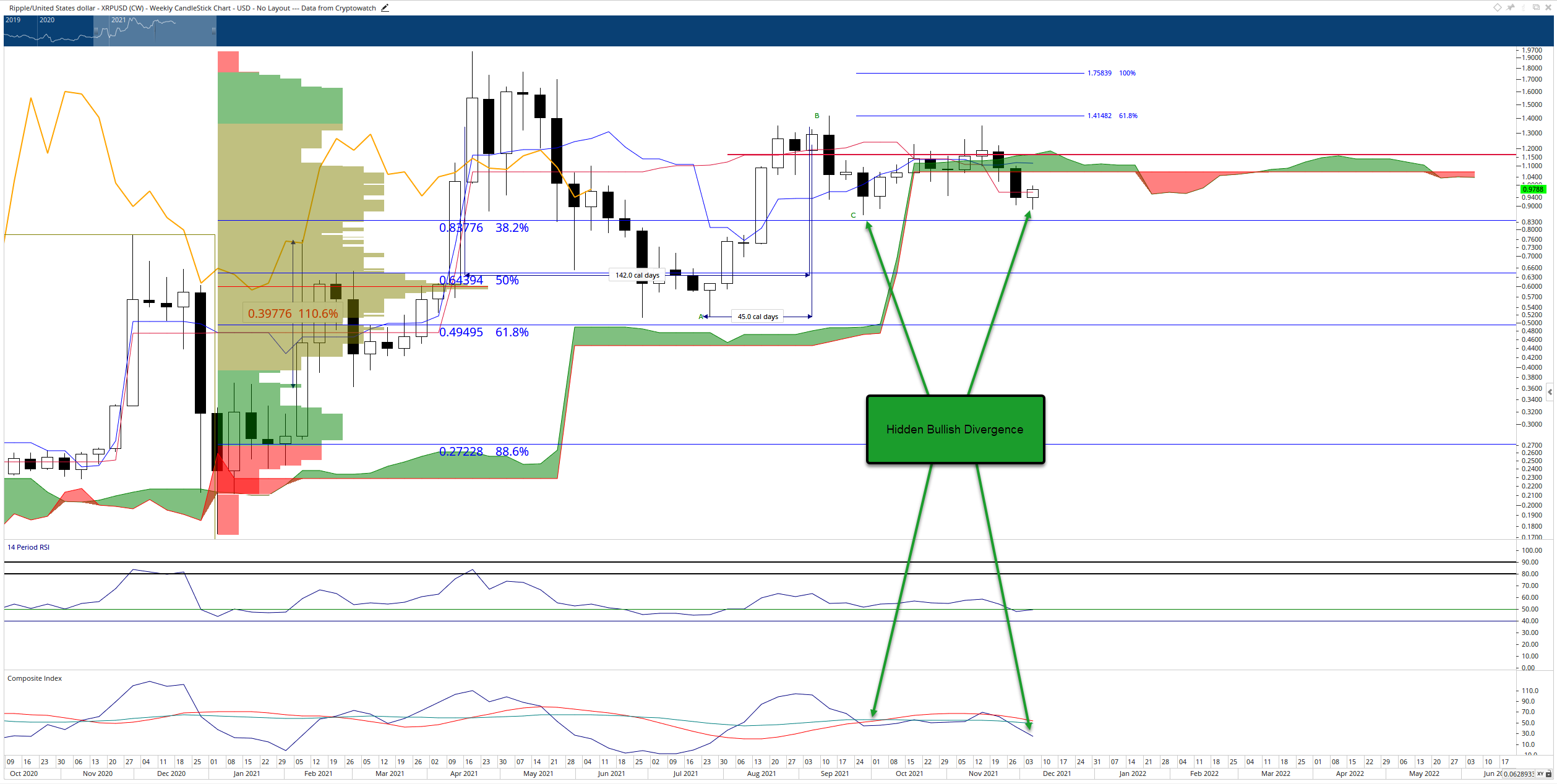 Bulls ultimately need XRP price to close at or above the $1.18 level to establish a clear and renewed bull market.