Zilliqa price showed a bullish impulse that pushed it massively over the last day. However, this move is likely to be cut off from the momentum as it approaches a hurdle that is likely to propel it in the opposite direction.

Interestingly, this development comes after Zilliqa’s plethora of partnerships in April- like joining the Blockchain Gaming Alliance (BGA), and getting ZIL listed on Binance, BitGet, and BitPanda. Additionally, Zilliqa is also working with Atomic Wallet to get ZRC-6 compatibility so users can see NFTs on their wallets.

We are super excited that our community can’t wait to see Zilliqa’s blockchain NFTs on @AtomicWallet.

Zilliqa price is in a tough spot

Zilliqa price set a bearish breaker between its 400% bull rally in late March and early April. This technical formation is obtained after a demand zone between two higher highs is flipped into a resistance barrier.

Such a development took place on April 26, when ZIL crashed 10%. This move produced a daily candlestick close below the $0.097 to $0.121 demand zone, flipping it into a bearish breaker. Since there are many underwater investors in this area, a retest is likely going to result in a massive crash from investors wanting to break even.

On April 5, Zilliqa price tagged this breaker and is currently getting rejected from it, hinting at a 20% crash to $0.0746. In a bearish case, this downtick in selling pressure could shove ZIL as low as $0.0508, constituting a 45% nosedive.

Since this bearish setup comes after a 38% ascent, many investors will be caught off-guard and are likely going to be trapped or liquidated. 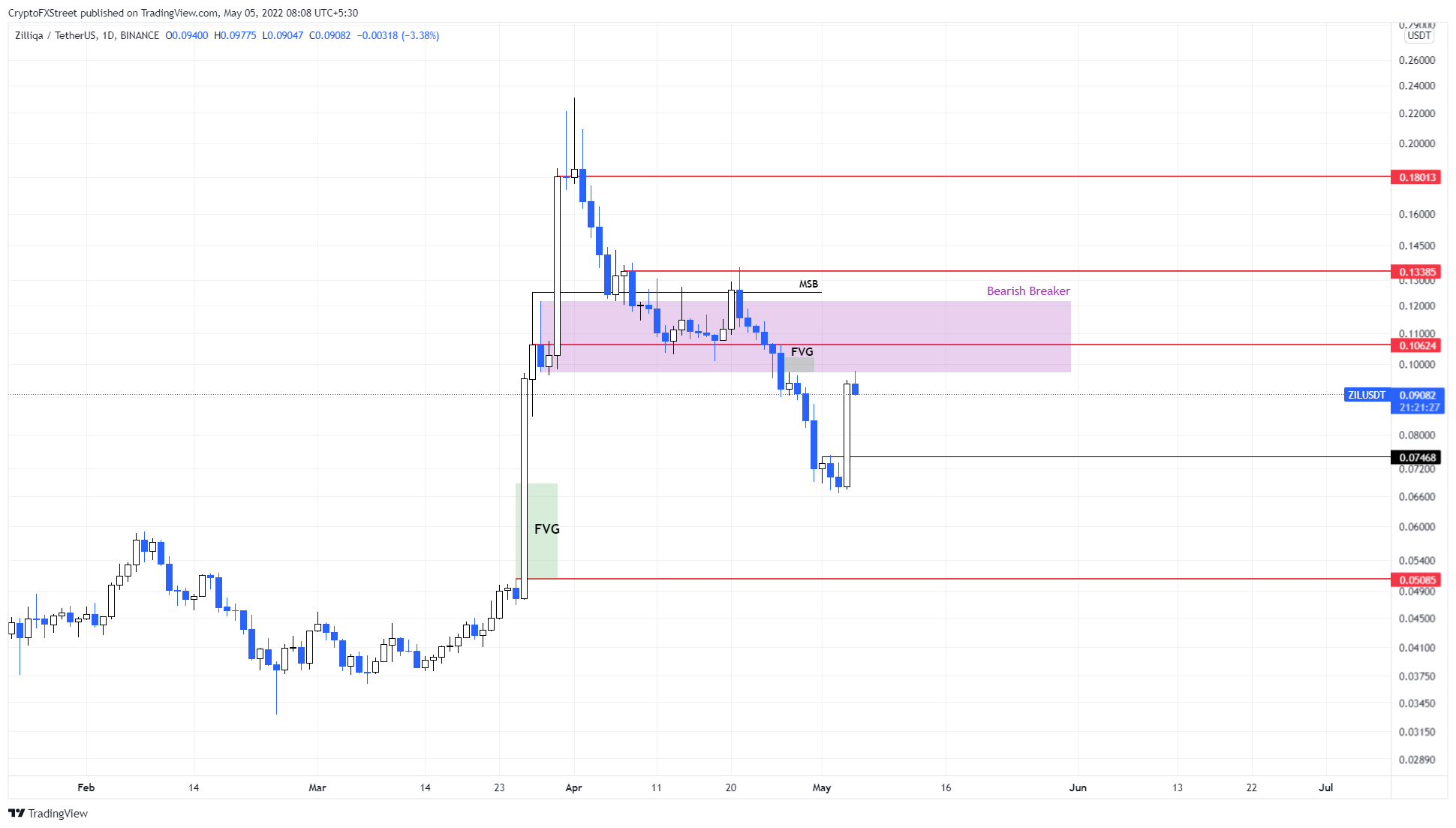 On the other hand, if the buying pressure increases, pushing Zilliqa price to produce a daily candlestick close above $0.121, it will invalidate the bearish breaker and hence the correction thesis.