Zilliqa price dropped below a significant level, indicating that the buyers have lost the race. This development is key as it forecasts a massive crash for ZIL and its holders.

Zilliqa price to explode to the downside

Zilliqa price rallied roughly 400% as it exploded from $0.046 to $0.230. Interestingly, this exponential move was completed in a week, causing ZIL to set an all-time high at $0.230. While impressive, this move caused a lot of the investors to book profits, resulting in a trend reversal.

As ZIL dropped 10% on April 26, the said demand zone was undone, flipping it into a bearish breaker. This technical formation forecasts a rejection on the retest of the breaker. Therefore, as Zilliqa price tries to head higher, a move inside the breaker will lead to a correction that has the chance to fill the fair value gap, ranging from $0.097 to $0.050.

In summary, Zilliqa price could crash roughly 45% on the retest of the breaker’s lower limit at $0.097. 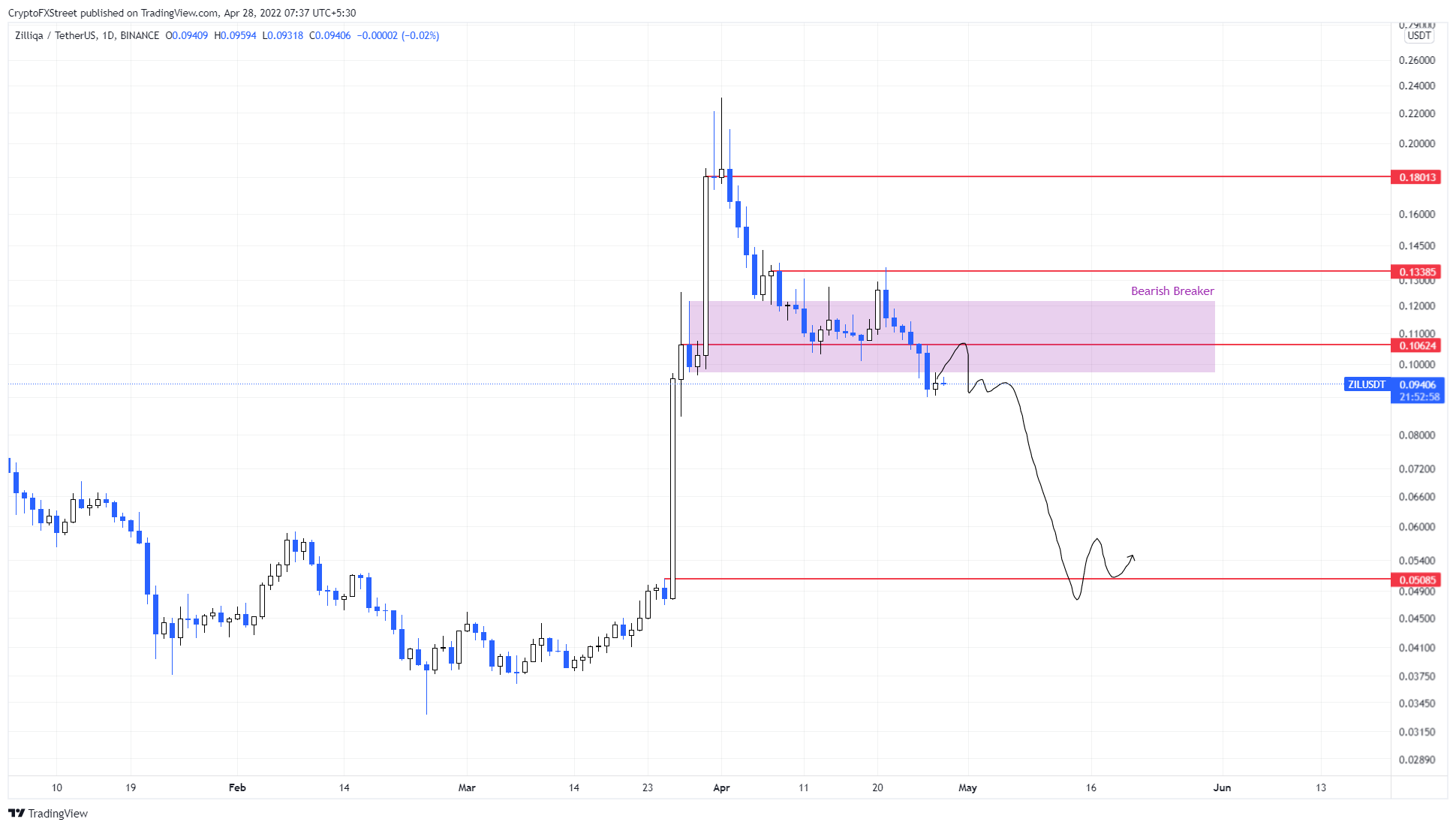 On the other hand, a daily candlestick close above $0.121 will invalidate the bearish thesis for Zilliqa price. This move indicates that the buyers are back in control and in such a case, ZIL could kick-start a 12% upswing to $0.133.

Terra (LUNA) price action is under pressure again after it rallied against all odds following the development of a technically bearish indicator and pattern last week.

XRP Price Prediction: No point in trading Ripple until one of these two things happen

XRP price remains extremely range-bound due to a lack of volatility and the presence of multiple stable barriers. A big move for Ripple will occur if it shatters the immediate support and resistance levels enveloping it.