Cardano price has been failing to galvanize investors’ enthusiasm, as it continued to consolidate and drop lower toward $2. However, the popular altcoin may soon see its downtrend retreat, as ADA has presented a bullish chart pattern with a projection of a 30% climb, potentially outperforming Bitcoin and Ethereum.

Cardano price continues to lag behind the two largest cryptocurrencies, Bitcoin and Ethereum, which have both recently witnessed new record highs. While the leading digital assets are now in price discovery, ADA is subtly preparing for a breakout as it printed a falling wedge pattern, hinting at an optimistic 30% ascent on the daily chart.

The prevailing chart pattern’s upper boundary has acted as resistance for Cardano price since September 7. Therefore, a slice above this level could unravel bullish intentions from ADA.

However, Cardano price still has a few hurdles to jump through before the optimistic target can be reached. The first obstacle for ADA is at the upper trend line of the parallel channel at $2.18, then at the 100-day Simple Moving Average (SMA) at $2.22.

Breaking above the aforementioned resistance levels could then see Cardano price soar 30% toward $2.73. It is important not to underestimate the power of long-duration consolidations like the one for ADA. The last time the altcoin endured a long consolidation earlier this year it earned the token nearly 200% gains.

A daily close above the topside trend line of the falling wedge at $2.09 could provide buyers with confidence that Cardano price will follow through with reaching its bullish target. 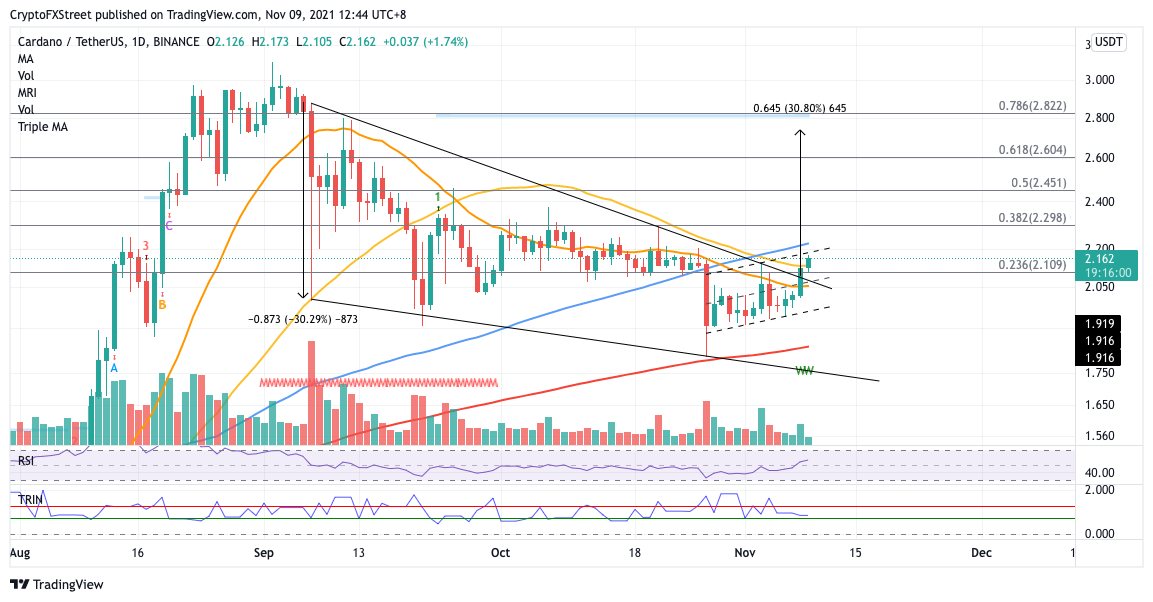 However, if selling pressure increases for Cardano price, ADA will discover immediate support at the 50-day SMA at $2.13, then at the 23.6% Fibonacci retracement level at $2.10. Further spikes in sell orders could see the token drop toward the upper boundary of the falling wedge, coinciding with the middle boundary of the parallel channel and 21-day SMA at $2.06.

Although Cardano price may be falling behind Bitcoin and Ethereum, ADA is providing a buying opportunity for bullish investors that may have missed the BTC and ETH rallies.

Bitcoin price has a projected climb of 5% toward $71,680, a 13% ascent following the slice of a critical resistance trend line given by the symmetrical triangle pattern. 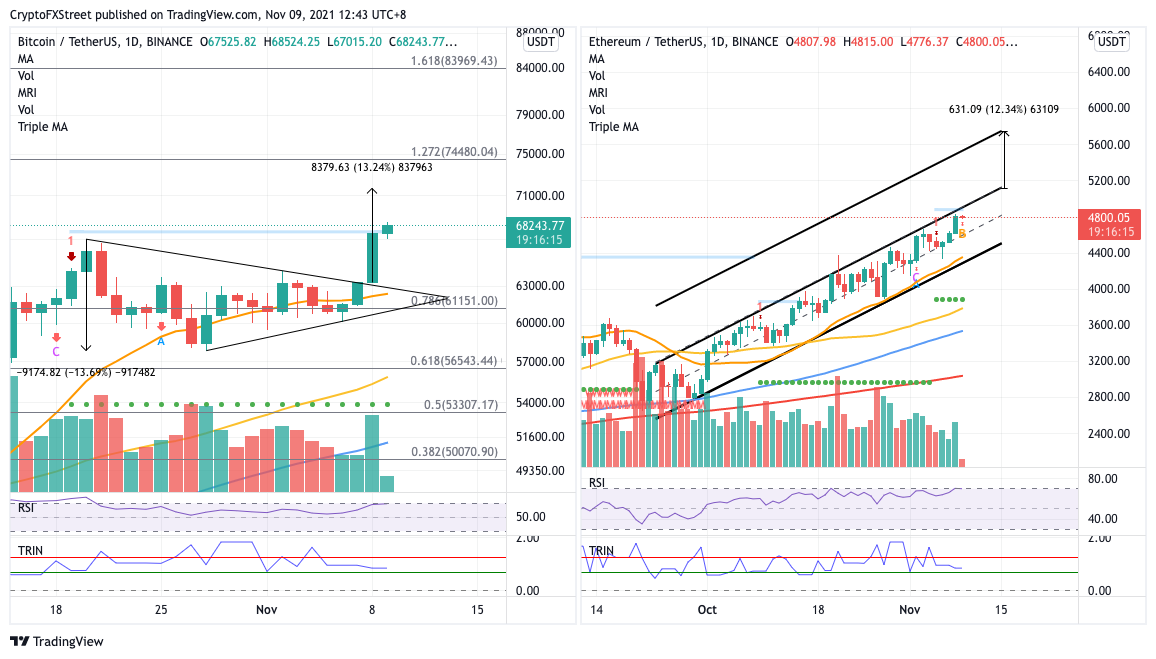 Ethereum, on the other hand, continues to trend higher within an ascending parallel channel pattern on the daily chart, with a measured move of a 12% climb if it manages to slice above the topside trend line of the prevailing chart pattern.