Cardano (ADA) price is range trading between the 55-day Simple Moving Average (SMA) and the 200-day SMA. The Relative Strength Index (RSI) points towards bulls slowly but surely buying into ADA price, paving the way for a bullish outbreak anytime soon. A pop above the 55-day SMA would open more upside and new all-time highs in the near term.

Since October, Cardano price has been trading between $2.40 and $1.80, ranging between the 55-day SMA on the topside and the 200-day SMA to the downside. With both SMA’s moving towards each other, price action in ADA is consolidating and looks ready for a breakout either way. With a pickup in the RSI, pointing towards overall buying, expect a bullish breakout to unfold.

A break above the 55-day SMA would attract even more buyers, which are sidelined and are waiting to enter the uptrend. With that outbreak, expect the 55-day to deviate from its downwards trajectory and fall in line with the 200-day SMA, so both are rising. This would signal to  bulls that the uptrend is still very much alive and propel a massive uptick in buy-side volume. 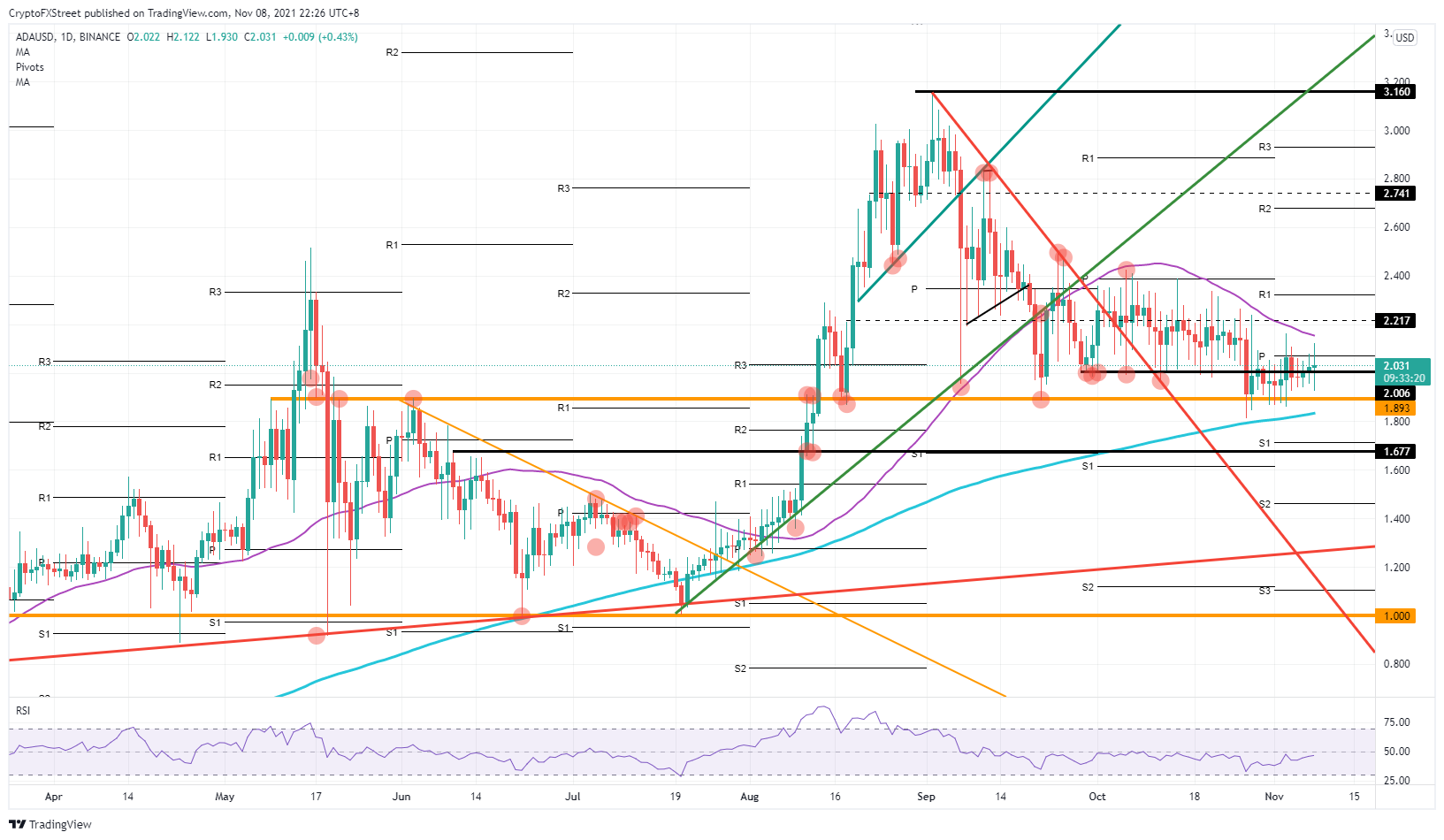 ADA price could also see bulls wait for a retest around $1.89, which would be a second test of the 200-day SMA and provide the final entry point for buyers to push the RSI above 50. With that, bulls would start to control ADA price action and start the uptrend again with the first target at $2.40 and new all-time highs in the medium term. Add some favorable tailwinds from risk-on in global markets, and this should propel into an acceleration of the uptrend in Cardano price.