VeChain price (VET) was moving sideways last week with price action stuck in a pennant. On Sunday, the pennant got broken to the downside. That break lower turned into a sell-off on Monday, with buyers defending $0.095. If sellers can run prices below that level, expect another 25% of price value to be lost for VET.

VeChain’s bulls are vigilant of any breaks below $0.095

VeChain had been stuck in a pennant last week. Sentiment shifted to the downside as VeChain could not stay above the 55-day and 200-day Simple Moving Averages (SMAs). Price action dipped further lower and got squeezed against the green ascending short-term trend line that buyers were watching to keep the pennant in place. That failed on Sunday when market sentiment shifted to the downside for cryptocurrencies in general.

Price action was quickly attracted to $0.095 – a level that has held significant importance since March 20 and has been tested on several occasions to both the upside and the downside. The level has been used already several times as support and resistance. With buyers defending this level for now, an upturn is still possible, but it will be essential to see how market sentiment in cryptocurrencies will behave today. 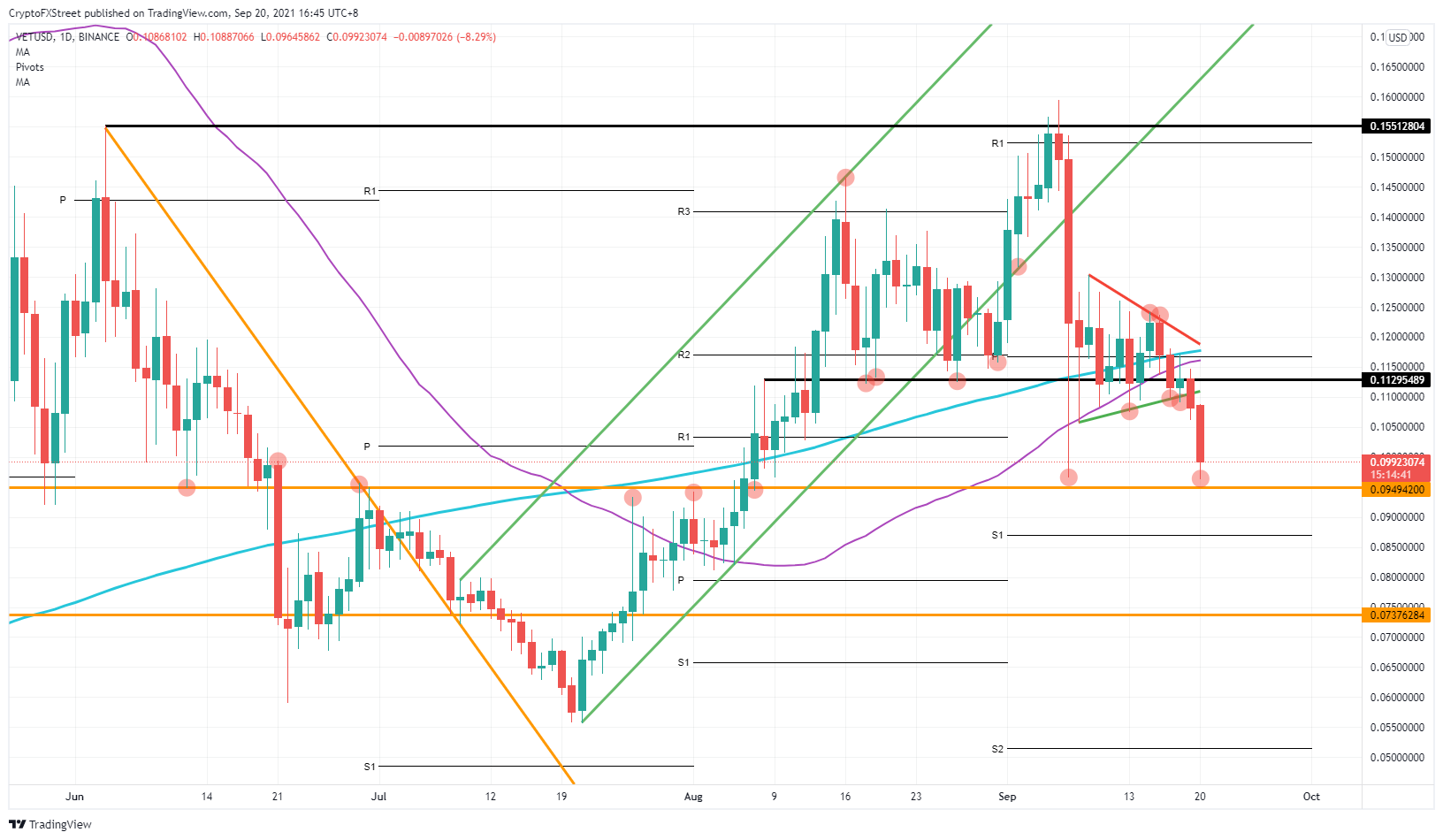 In case sentiment continues even further in a negative direction, expect a break of $0.095 to the downside. The next real barrier of any support is $0.074, or 25% lower than the current price level. The monthly S1 support level at $0.087 can hold some supporting character, but there is not much historical relevance to this level.

Should bulls go in full and push sellers out of their shorts, expect a return toward $0.113.