VeChain (VET) has been in a sideways pennant for almost two weeks between $0.13 on the upside and $0.10 on the downside. With lower highs and higher lows, price is squeezed in from both ways, ready for the breakout. Buyers look to profit from that breakout, as three technical indicators are building the case in favor of the bulls.

VeChain’s break out of the pennant will see a quick pop higher toward $0.15

VeChain has been flip-flopping a little bit between buyers and sellers for the past few days and looks to have chosen sides now. Buyers got help from three technical elements that can give them enough build-up momentum for the break higher. First, there are the Simple Moving Averages (SMA). Both the 55-day and the 200-day SMA have been giving support to the price action since yesterday, and it is causing VET's price action to get pushed against the descending line of the pennant. With those two elements, bulls already have an essential supportive force.

Add to that the historical level at $0.11, originating from August 8, where the price is now closing solidly above for two trading sessions. This also shows that bulls are in the driving seat. General sentiment will help as stock markets are hinting toward further risk-on with US indices back in the green. 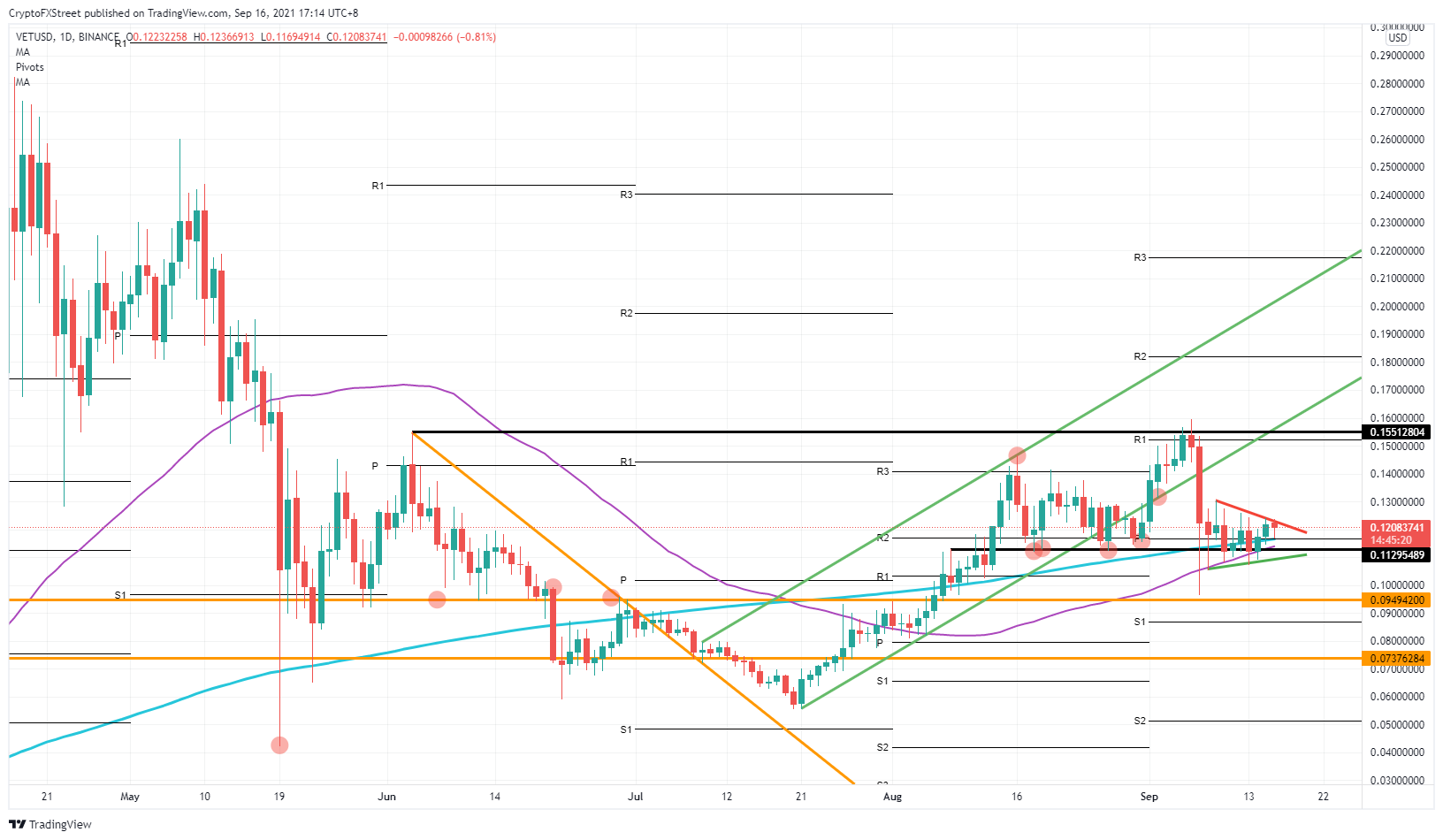 Expect further inflow from buyers once the pennant is being broken to the upside. From there, it will be a clear path towards $0.15, the high from September 6 in VeChain, as sellers do not have many entry points to provide some counterbalance.

Bears can, however, succeed in rolling over price action in VeChain and go for the break to the downside out of the pennant. In that case, expect a retest of $0.1 and $0.095 as the first halt for profit-taking.