Bitcoin price has spent the past five trading days below the daily Tenkan-Sen in the Ichimoku Kinko Hyo system, warning that a deeper corrective move could occur. Ethereum price breaks out above a bullish pennant, but bullish follow-through has been relatively muted. XRP develops a bullish continuation pattern while maintaining bullish Ichimoku levels.

Bitcoin price could be positioning for a standard corrective move if it fails to return and close above the Tenkan-Sen. The following primary support level within the Ichimoku Kinko Hyo system for Bitcoin is the Kijun-Sen at $55,000. If $55,000 fails to hold as a support zone, then Senkou Span B at $46,500 is next. 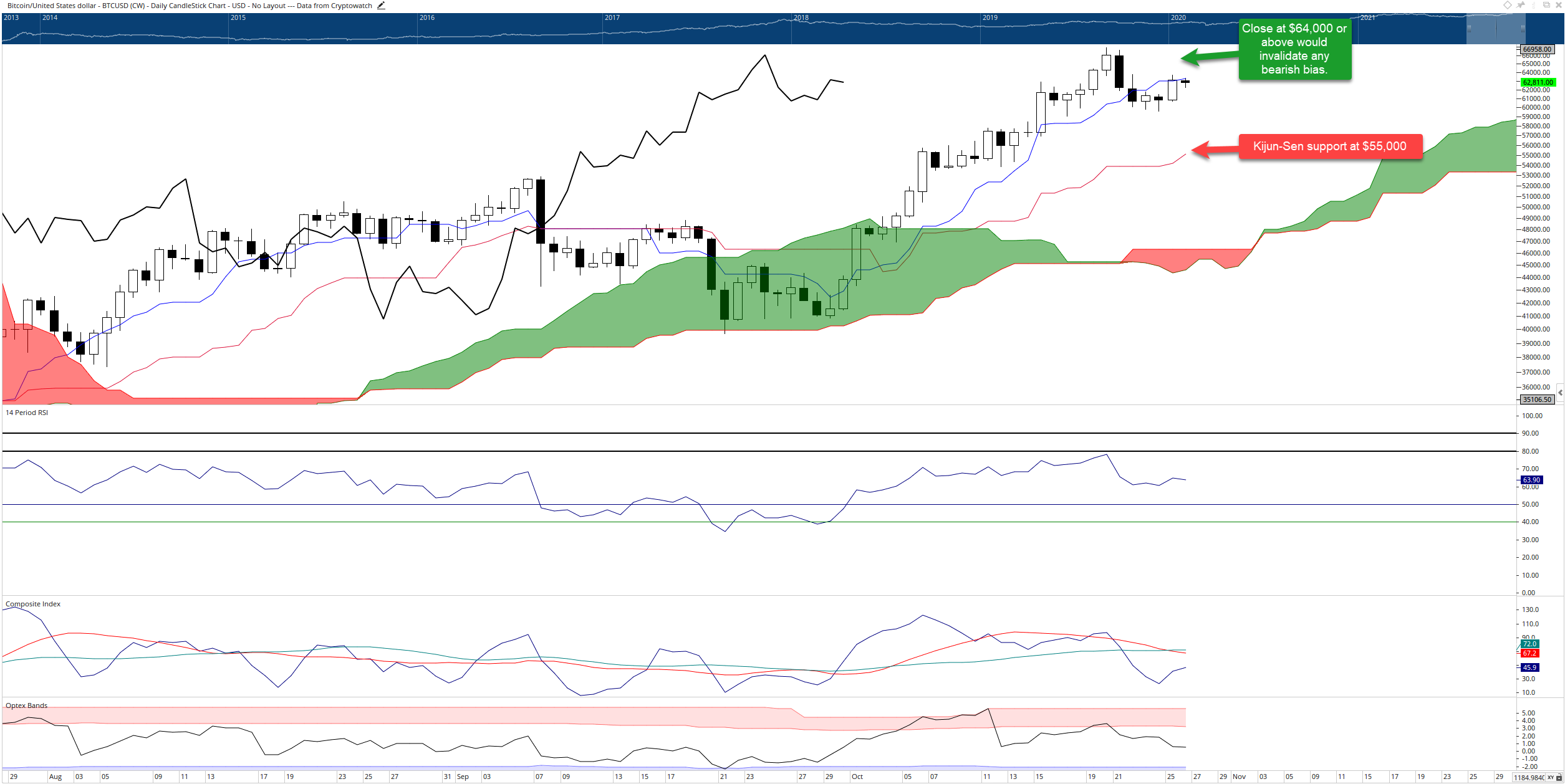 The threat of a corrective move will be invalidated if Bitcoin has a strong close above the Tenkan-Sen, ideally at $64,000 or above. From there, Bitcoin would likely resume its uptrend and push on to new all-time highs.

Ethereum price moves above one of the most sought-after bullish continuation patterns in technical analysis: the ascending triangle. Wherever an ascending triangle develops – at the bottom of a move or the top of a move – it is an overwhelmingly bullish pattern. So it is curious that Ethereum price has not had a strong and decisive bullish response yet. If Ethereum retraces back inside the triangle, a return to test the Tenkan-Sen at $4,000 is likely. Below that, the next Ichimoku support level is the Kijun-Sen at $3,675. 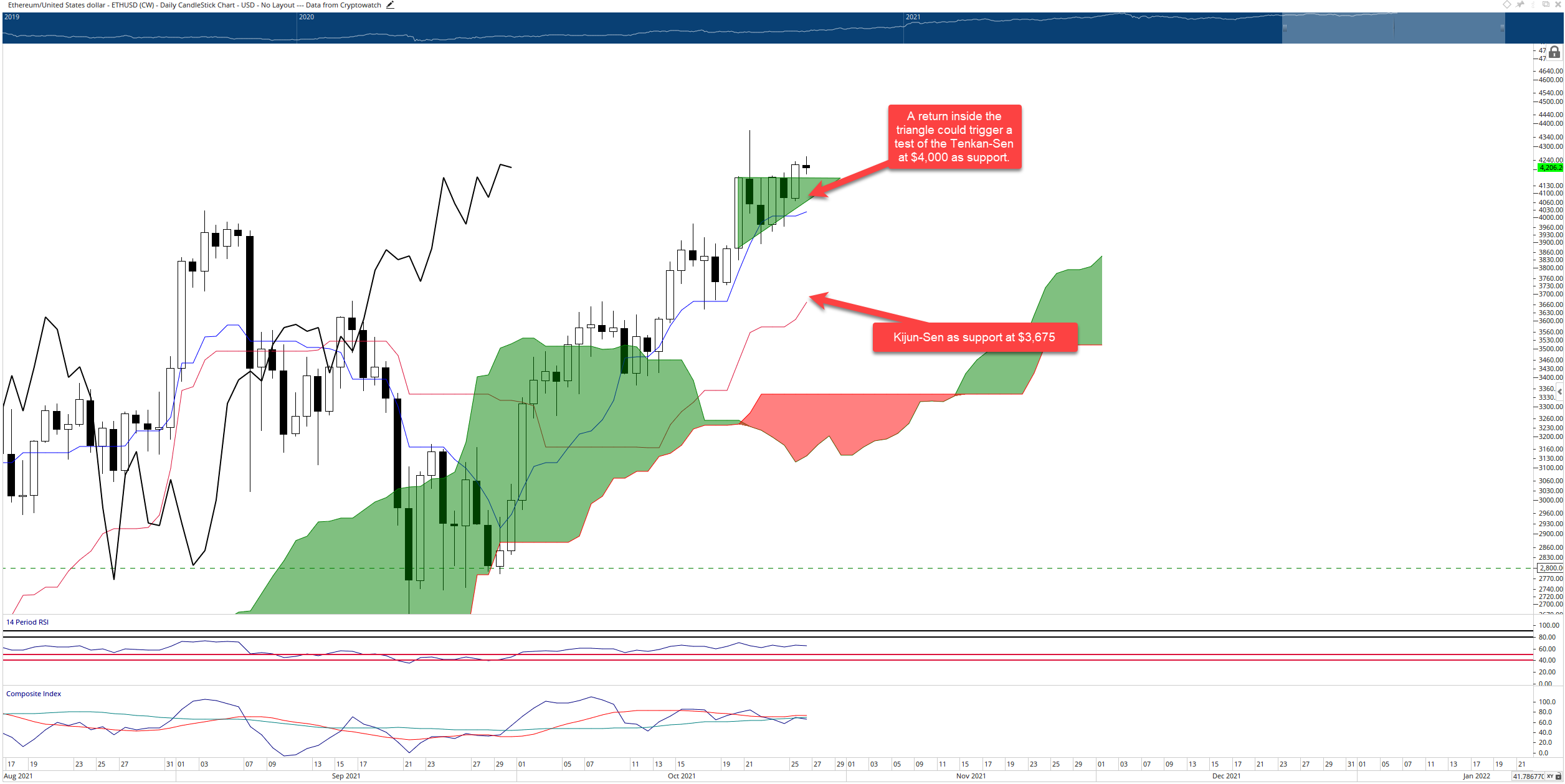 XRP price poised to catch up to Bitcoin and Ethereum, several bullish breakout considerations at play

XRP price has two primary bullish variables on its daily Ichimoku chart that indicate an explosive move higher is imminent. First, XRP has fulfilled all conditions for an Ideal Bullish Ichimoku Breakout. Second, XRP has developed a bull flag. Consequently, a daily close at or above $1.15 would maintain the bullish Ichimoku setup while also confirming an entry after a breakout from the bull flag pattern.

Downside risks, however, remain. While XRP has a high market cap, it is still correlated to Bitcoin and Ethereums movement. Any intense selling pressure across Bitcoin and Ethereum will weigh heavily on XRP price. If XRP price closes below the Cloud at $1.03, a fast trip to revisit the $0.85 support zone is highly probable.