A recent study found that Bitcoin ownership is highly concentrated, as one-third of the leading cryptocurrency is held by the top 10,000 individual BTC investors. While the bellwether cryptocurrency recently surged to a new all-time high, its popularity has not changed one of its original attributes.

A study by the National Bureau of Economic Research (NBER) found that the top 10,000 individual investors in Bitcoin control roughly one-third of the BTC in circulation.

Researchers Igor Makarov and Antoinette Schoar stated that the measurement of concentration could most likely be an understatement, given that some of the largest addresses could be controlled by the same entity.

The data presented in the research did not assign the ownership of early Bitcoins that were held in 20,000 addresses by the same individual, Satoshi Nakamoto, and categorized them as belonging to 20,000 individuals instead.

However, the concentration of BTC ownership decreases after sharp increases in Bitcoin price, making the network more vulnerable to a 51% attack when the bellwether cryptocurrency plunges.

The researchers conclude that despite the skyrocketing popularity that Bitcoin has received over the past few years, the ecosystem is still dominated by large and concentrated players, which could put the cryptocurrency at systemic risk. The study also highlighted that most of the gains from further adoption might likely fall disproportionately to a small set of participants.

Bitcoin price has recently dipped below $60,000 as the leading cryptocurrency tested the 100 four-hour Simple Moving Average (SMA) as support. Currently, BTC is testing the reliability of the 50 four-hour SMA as a foothold before it can resume its rally.

The bulls are desperate for Bitcoin price to resume its uptrend after it fell below the lower boundary of the ascending parallel channel. Now, BTC must stay above the 50 four-hour SMA at $62,419 for the bellwether cryptocurrency to have a chance to climb higher. 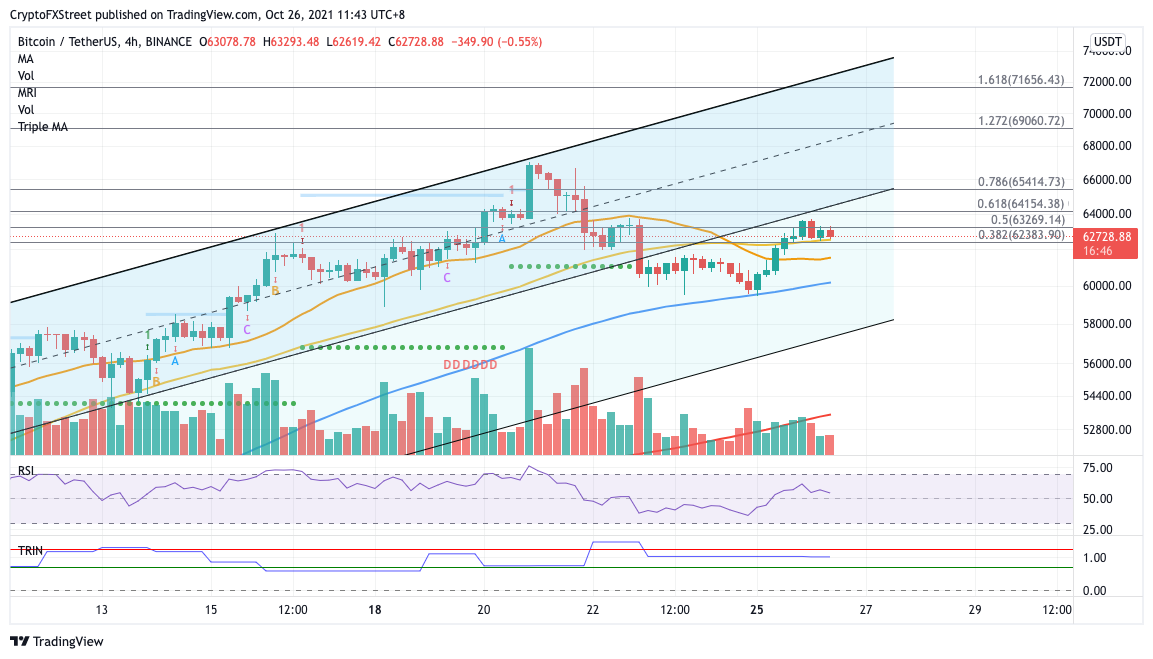