Bitcoin price is in a tough spot with tight consolidation and no directional bias and has been this way for the last 48 hours. The weekend saps any volatility in the crypto markets, which causes BTC to range while altcoins are open for manipulation due to lack of liquidity.

However, with the US stock market opening in a few hours, investors should map out potential scenarios and how to plan for each one.

Bitcoin price has been consolidating inside a symmetrical triangle, as seen in the chart below. This setup has no directional bias and BTC price could move either way.

It is possible market participants could see a bearish spike in selling pressure around the New York open, which could tank Bitcoin price to collect the sell-side liquidity resting below the previous weekly low at $18,097 or the June 18 swing low at $17,593.

A quick recovery after a liquidity run will signal a bullish narrative and propel Bitcoin price to August month’s lowest point at $19,508. A flip of this level could send BTC to $25,200, which is August month’s highest point, if it can overcome the other hurdles in between. 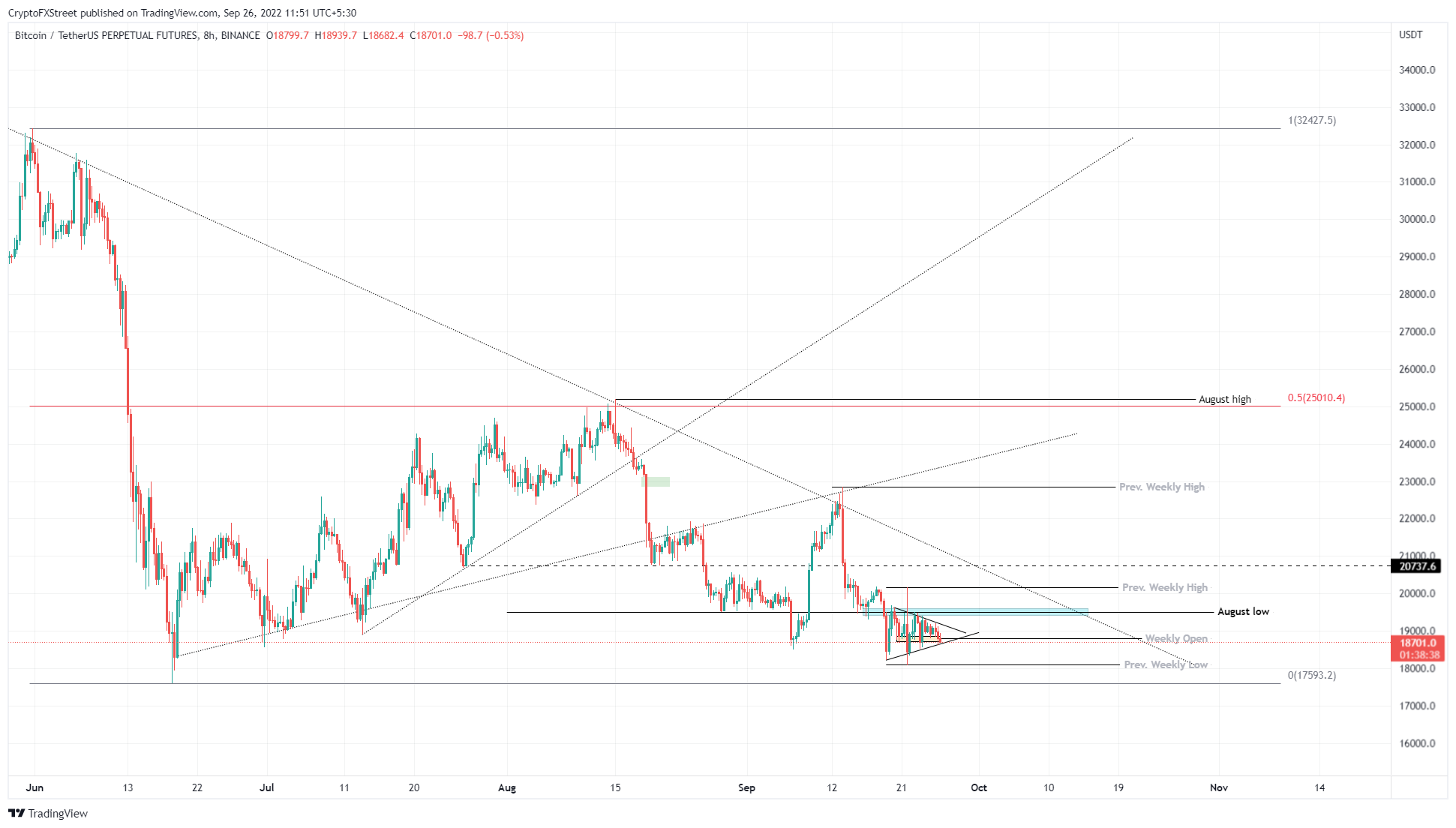 While things look ambiguous for Bitcoin price, a breakdown of the $17,593 level without a recovery could flip this barrier into a resistance level. This development will invalidate the bullish thesis for BTC and potentially see BTC crash to $15,550 the next stable support level for the cryptocurrency.

Ethereum price could revisit the twelve-hour demand zone, extending from $1,234 to $1,191 before deciding on a directional bias. Due to the high correlation between ETH and BTC, the former will wait for signals on where to head next.

A bounce in Bitcoin price followed by a recovery above August’s low at $19,508 could see Ethereum price catalyze a move to $1,423. In a highly bullish case, ETH could attempt a retest of $1,500. 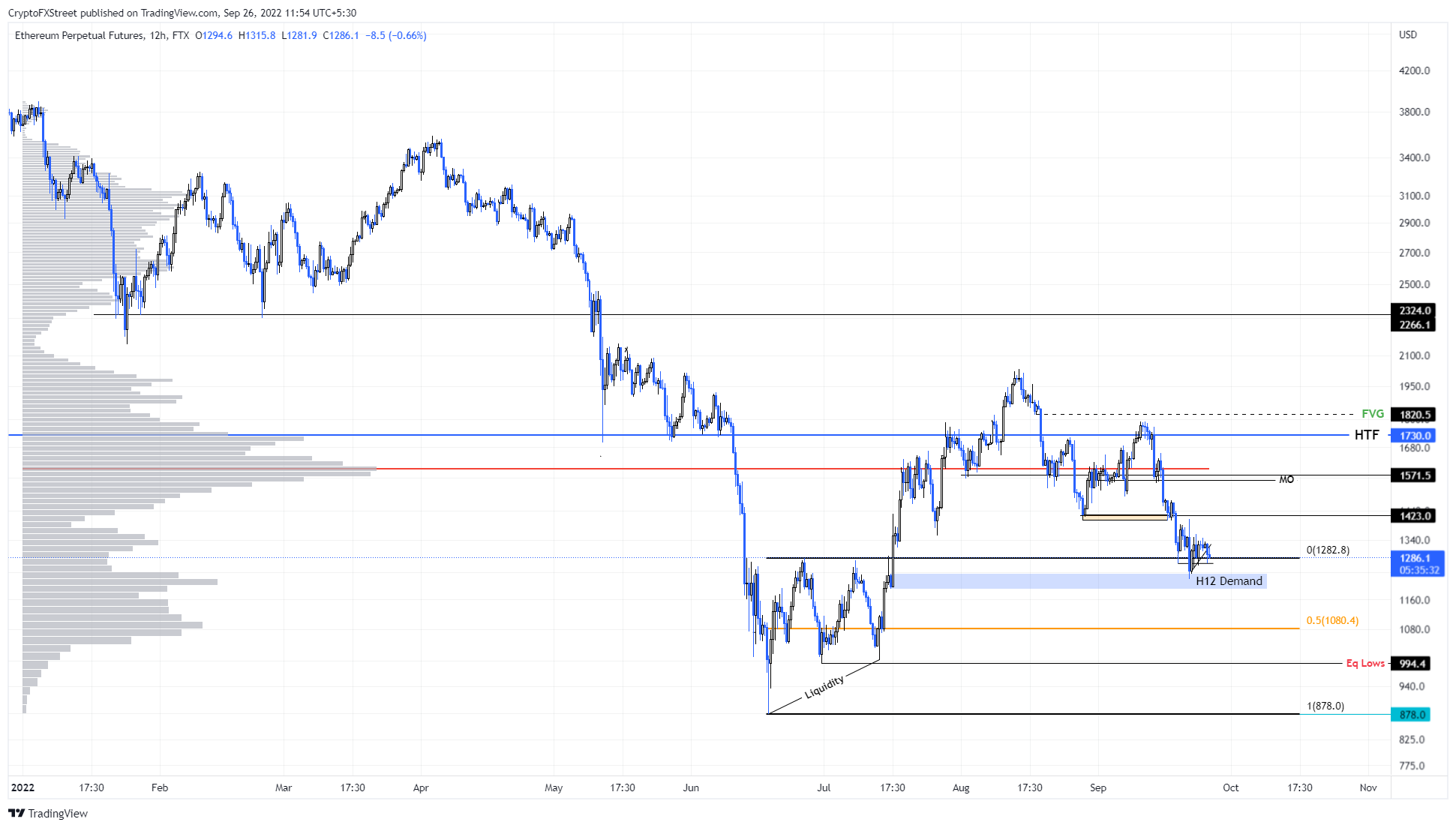 If Bitcoin price – which influences the whole crypto market – slides lower to collect the liquidity resting below the June 18 lows, there is a good chance the Ethereum price will head south and pierce its own comparative demand zone. A breakdown of this level could result in a revisit of the range’s midpoint at $1,080.

Ripple price hangs in the balance

Ripple price rallied 74% in a week and is currently hovering above the $0.464 support level. If this barrier breaks, XRP price could tank lower to sweep the September 23 swing low at $0.456. However, a bounce here could propel it to $0.561.

The bullish case depends on the momentum and directional bias of Bitcoin price. A failure to do so could result in a steep correction. 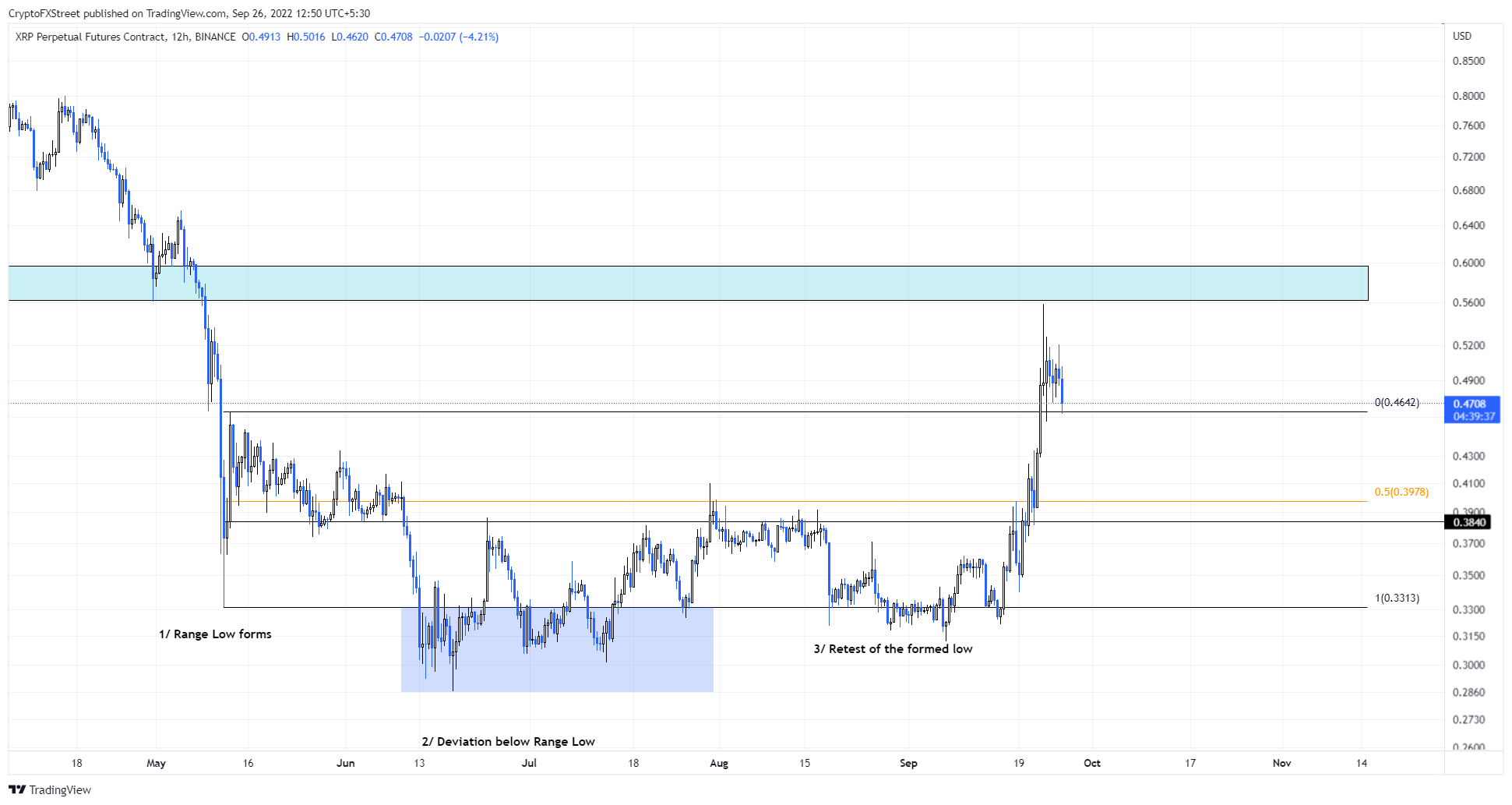 On the other hand, if XRP price fails to move higher, it will denote a lack of buying pressure and that investors are booking profits.  A breakdown of the $0.464 level could result in a nosedive to the range’s midpoint at $0.39.