Creator of Bitcoin’s stock-to-flow (S2F) model believes BTC price has the potential to grow 5x despite the bearish outlook. The analyst backs his prediction through the S2F model that predicts the future price of Bitcoin based on its circulating supply relative to the number of BTC mined every year.

The idea of the Bitcoin stock-to-flow model was introduced by creator Plan B, a pseudonymous investor with over two decades of experience in quantitative finance. The S2F model gained popularity in March 2019 after its publication. S2F is considered a widely accepted method for predicting Bitcoin price based on its scarcity. The underlying idea is scarcity drives Bitcoin’s price higher. Therefore, quantifying scarcity can help predict the Bitcoin price.

Plan B’s stock-to-flow model predicts the future price of Bitcoin based on its circulating supply relative to the amount of coins mined each year. The number of coins mined decreases by 50% each four years through a mechanism known as “halving.” This plays a key role in Bitcoin’s rally, according to the S2F model.

In a recent tweet, Plan B included new data to improve the 2019 Bitcoin S2F model and represented it through a white dotted line. Plan B has set a bullish target of the $100,000 to $1 million range for Bitcoin and asks users to read it as "BTC will increase at least 5x". 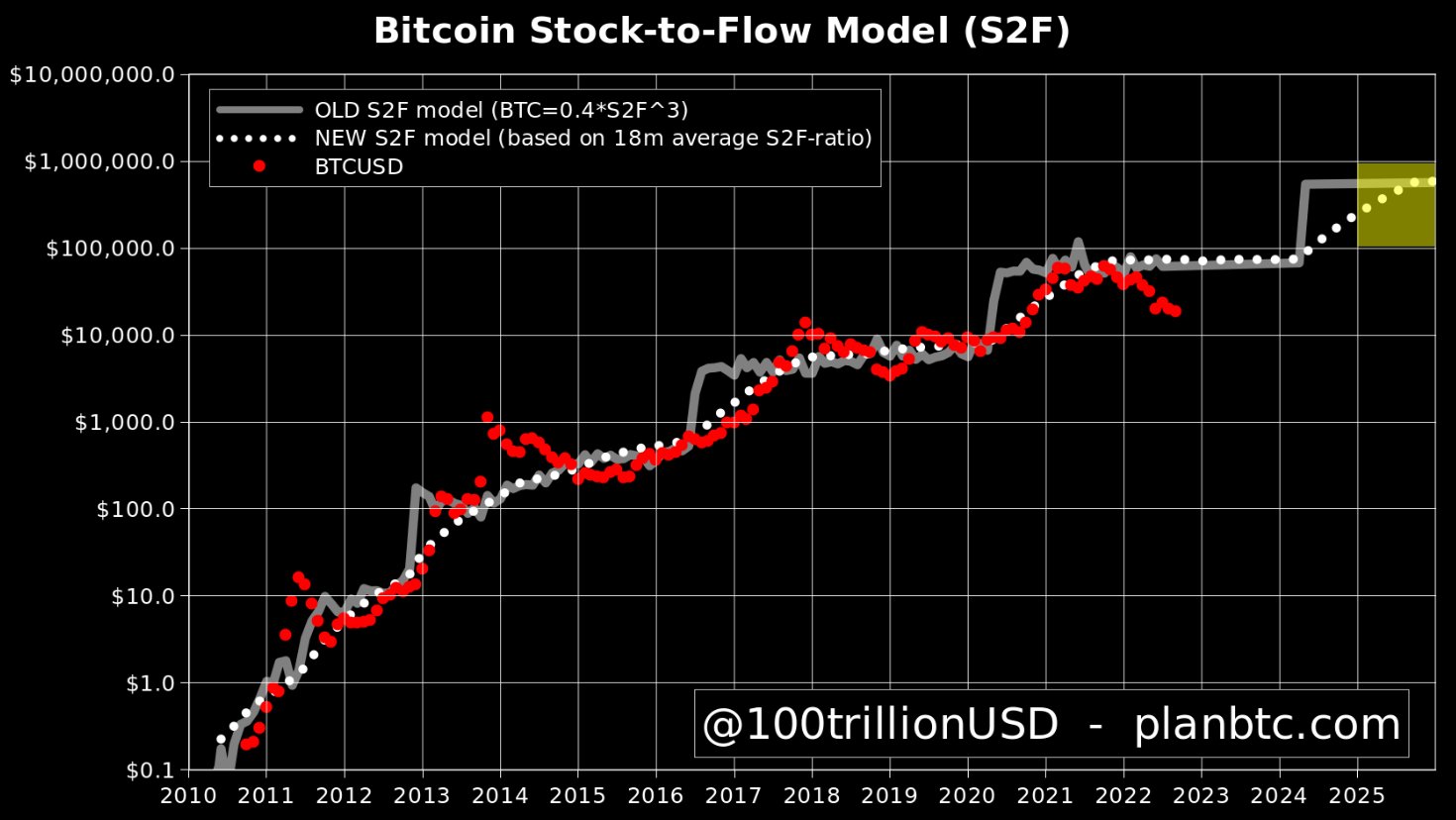 Despite bearish market conditions and predictions, Crypto Prof, a pseudonymous analyst and trader, has set a $68,000 target for Bitcoin price through the Elliott Wave Theory. The analyst believes Bitcoin price has a good chance of returning to Wave B ($68,000) in the next few months as it did in the last two cycles.

Crypto Prof also predicts that the Bitcoin bottom is an indicator of the upcoming rally in the asset. 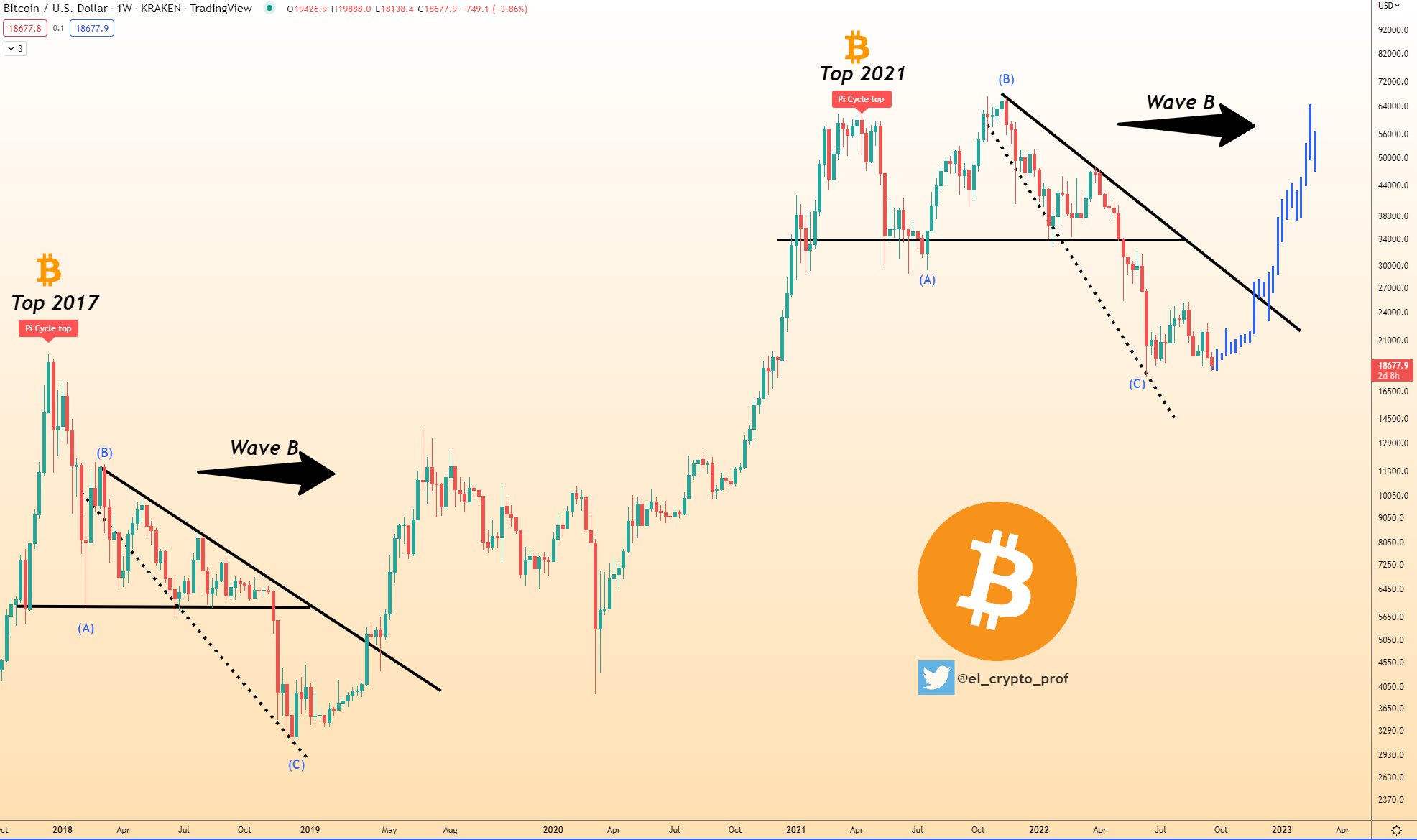 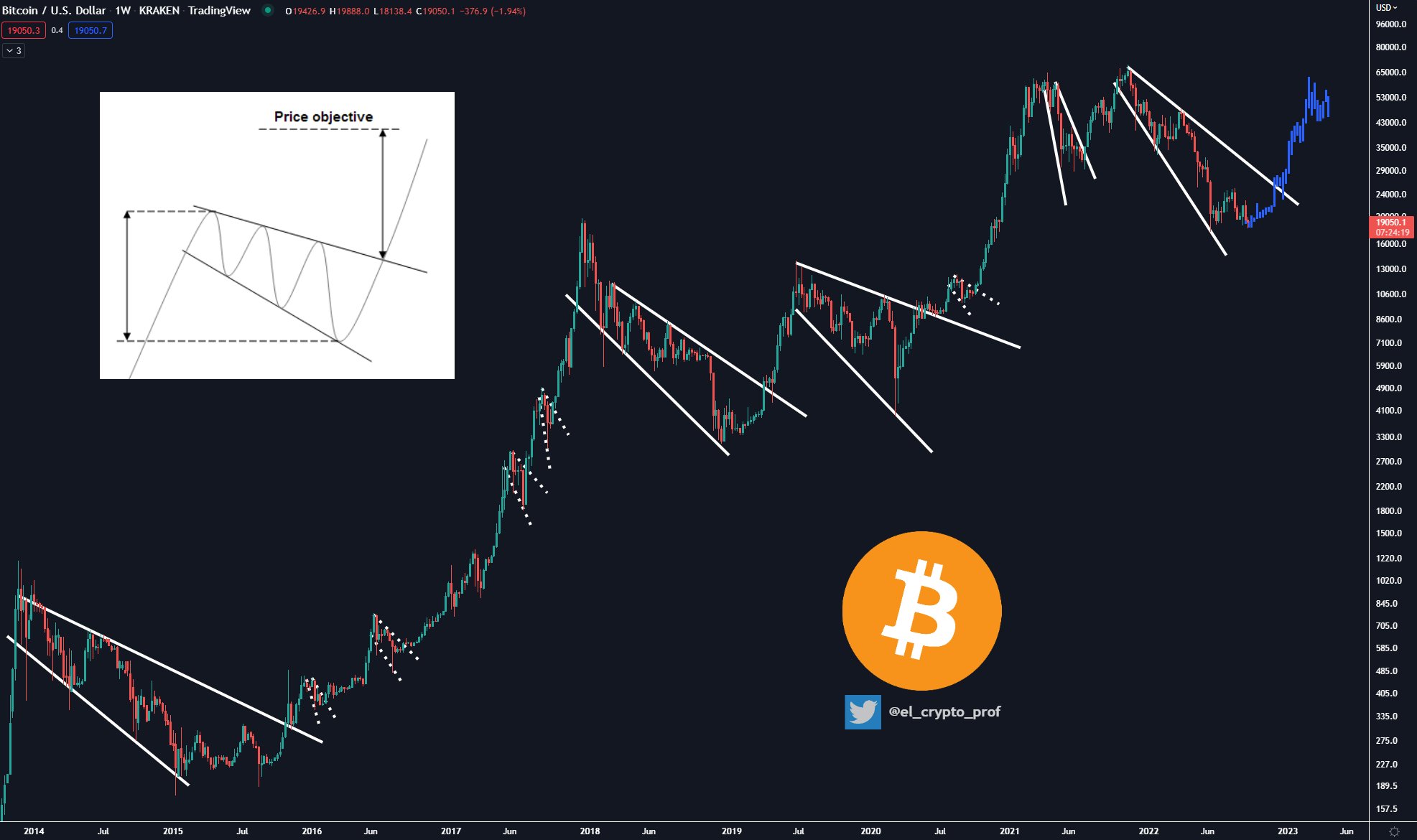