Bitcoin price, Ethereum and other cryptocurrencies are seeing their existence questioned and taking fire from left and right. Overnight, Celsius Network, one of the biggest crypto lenders, filed for bankruptcy with between $1B and $10B in assets and liabilities, and 100,000 creditors lined up to pluck the chicken. The random measures like blocking customers from making withdrawals, raising money at shark rates and slashing the workforce were a too small patch for the big bleeding wound. This raises the question if investors should not turn their back for a few more months so that the cryptocurrency winter can purify the playing field, and root out the weak and feeble ones so that only the reliable services and cryptocurrencies remain to build upon.

Bitcoin (BTC) price still needs to be re-valued after the spillover effect as Celsius Network has filed for bankruptcy in New York. It means that the cryptocurrency market capitalization might see between $1B to $10B exiting, as that was the size of the asset balance sheet in the bankrupt crypto lender. Everything being liquidated towards USD means another bleed of funding not coming back anytime soon.

BTC price is thus set to take a step back to $19,036 and could see bulls being pushed against that barrier to start closing down their positions. By doing so, they might join the bearish army and see the sell-side orders outweigh the buy-side volume, triggering another leg lower in the price action. When bears are able to push price action below $19,000, expect to see that area being opened up, with support lined up at $16,020, meaning that BTC price could take another 20% decline. 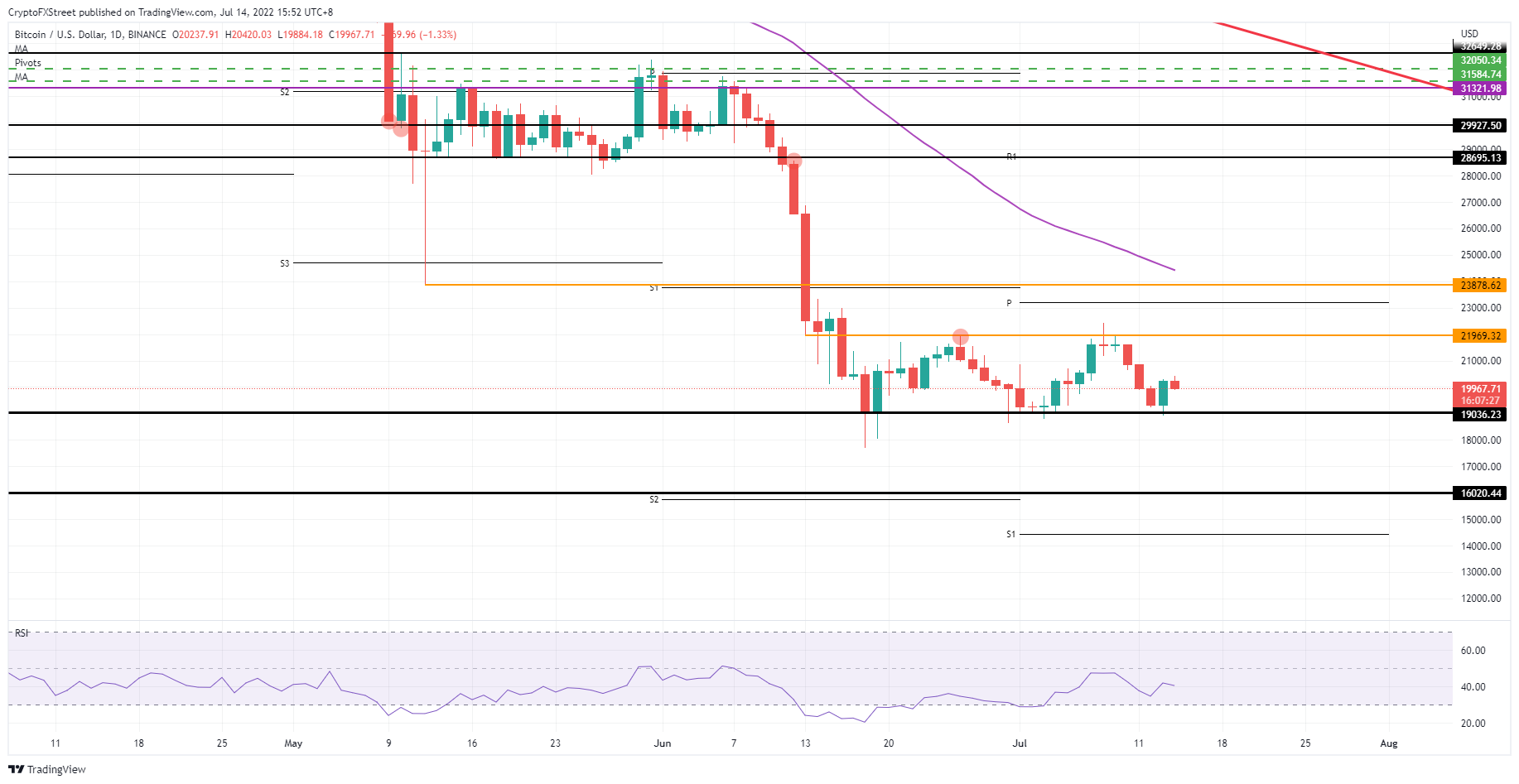 Markets were already mentioning the Celsius breakdown a few weeks ago. There is a big chance that traders have been pre-positioning for this, which could result in a moderate dip, but nowhere near $19,036; instead targeting an upswing towards $21,969. By doing so, the range trade in Bitcoin would remain intact and can persist for the summer.

Ethereum price could  fall below $700

Ethereum (ETH) price looks no different than the Bitcoin comments you can read in the above paragraphs. Additionally, ETH price action has another element that is weighing on its future outcome: the firm rejection it underwent on July 8. A triple top is being formed at $1,243.89, and with no daily close above that level, it becomes clear that the past few days are simply the result of a firm bearish rejection and bull trap squeezing bulls to the downside.

ETH price is thus set up for a similar pattern as Bitcoin price action, first with a test at $830 and pushing bulls against that level in order to squeeze them out of their long positions, triggering an exponential blowup in sell orders. The added elements that Celsius breakdown has caused, together with another dent in trader confidence around cryptocurrencies, should be enough to break support at $830 and take another leg lower towards $656, falling below $700.00. 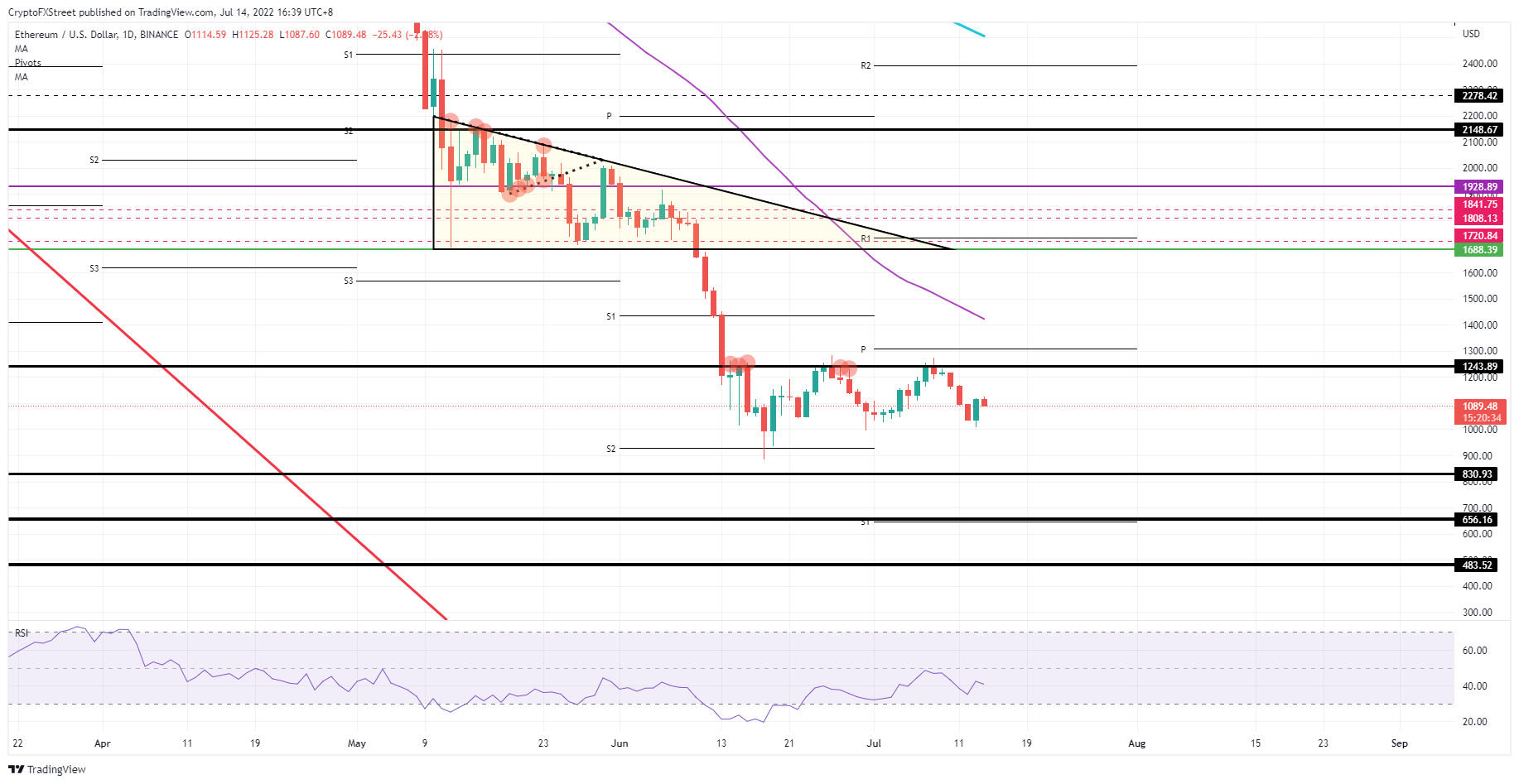 As long as ETH price is able to refrain from making new lows for the week, the losses could still be salvaged, and traders might even be in for an upward surprise. Not immediately, but $2,000 or $1,688 would be up for grabs. With the crypto winter still being far from over, a small pop towards $1,300 could still be printed and return some well-deserved gains for brave traders that venture a bullish trade in cryptocurrencies this winter.

XRP price at the brink of collapse

Ripple (XRP) price is the most sensitive one of these top3 cryptocurrencies on negative news. Expect the Celsius news to have the most impact on Ripple price action, whereas Ethereum and Bitcoin are more able to keep their act together, although moving in the same direction. Seeing this character allocated to XRP price reaction, expect this to see an enormous loss materialize in the near future.

XRP price could not only see a 20% drop but get wounded even more from the spillover effect, potentially seeing a whopping 45% price devaluation and cash flow exodus triggering another bite out of its market cap. With that outflow, expect the Relative Strength Index to move back into oversold territory and support at $0.3043 not hold out for long. Instead, new multi-year lows could be printed around $0.1737, which was the low of December 2020. 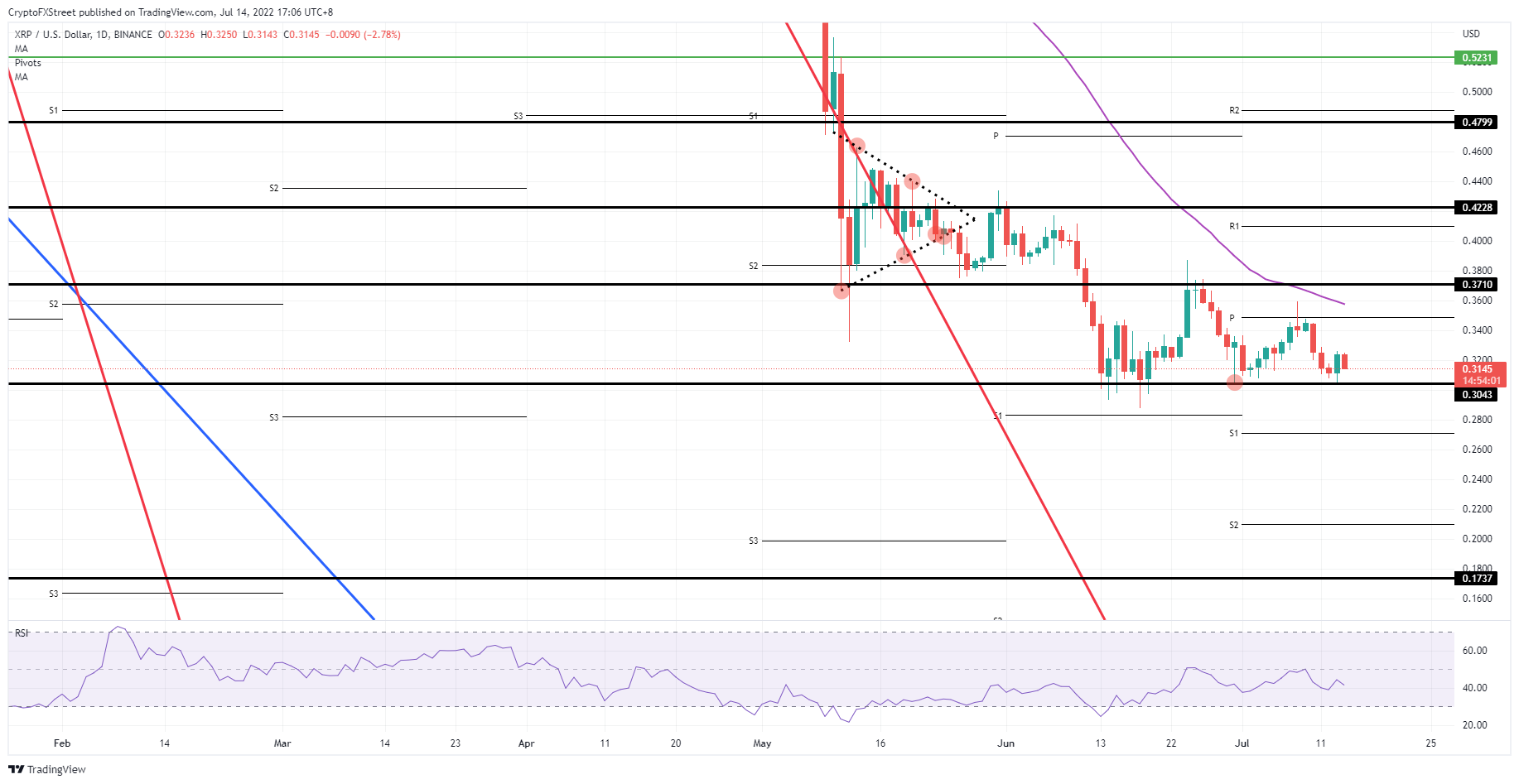 Some support could come from markets re-assessing the situation after the US inflation numbers on Wednesday, seeing that most of the next steps for the Federal Reserve and other central banks have been priced in. On the back of that, with the worst elements already priced in, some room for upside gains could be triggered and see XRP price mildly jump higher. That would put targets at $0.36 and $0.37 for some profit taking in the short-term, keeping the range trade play intact for the summer months.