XRP price is at an inflection point that could trigger a further sell-off after the recent breakdown of a stable and significant support floor. Therefore, investors need to be cautious about their takes on the market, especially since Bitcoin price also looks weak.

Regardless, Ripple continues to wage legal war with the US Securities and Exchange Commission (SEC) to prove that XRP was and is not a security.

After an argument over the speech given by former SEC chairman William Hinman, the defendants point out that the SEC is taking extreme actions to avoid public scrutiny of the names of experts and their criticisms.

Furthermore, Ripple's lawyers suggest that the SEC's attempt to obfuscate the identities and opinions of experts is not just unprecedented but has a lack of evidence. Some argue that the regulatory bodies are abusing the “Protective Order” to prevent criticism of its experts from reaching the public.

The Daubert motions will be filed by both parties on July 12 and will decide who will gain the upper hand from this.

While the initial announcement of the SEC bringing a lawsuit against Ripple and XRP was brutal, it also caused the price of the underlying asset to tank 60% in under two weeks. Interestingly, the technicals point out that XRP price could revisit this situation due to the weak market conditions.

XRP price shows that it has breached the high-time-frame support level at $0.322. This development is bearish no doubt, but a rejection of the recovery will seal the flip of this foothold into a resistance barrier.

In such a case, investors can do nothing but observe the 40% crash that plunges the XRP price to the volume point of control (POC) at $0.187. This level is where the most volume was traded between January 2017 and July 2022.

There is a good chance the buyers might step in here to scoop up XRP price at a discount. Such a development could trigger a minor attempt to recover. However, if the selling pressure is too high, the final resting grounds for XRP price would be the $0.134 support level. 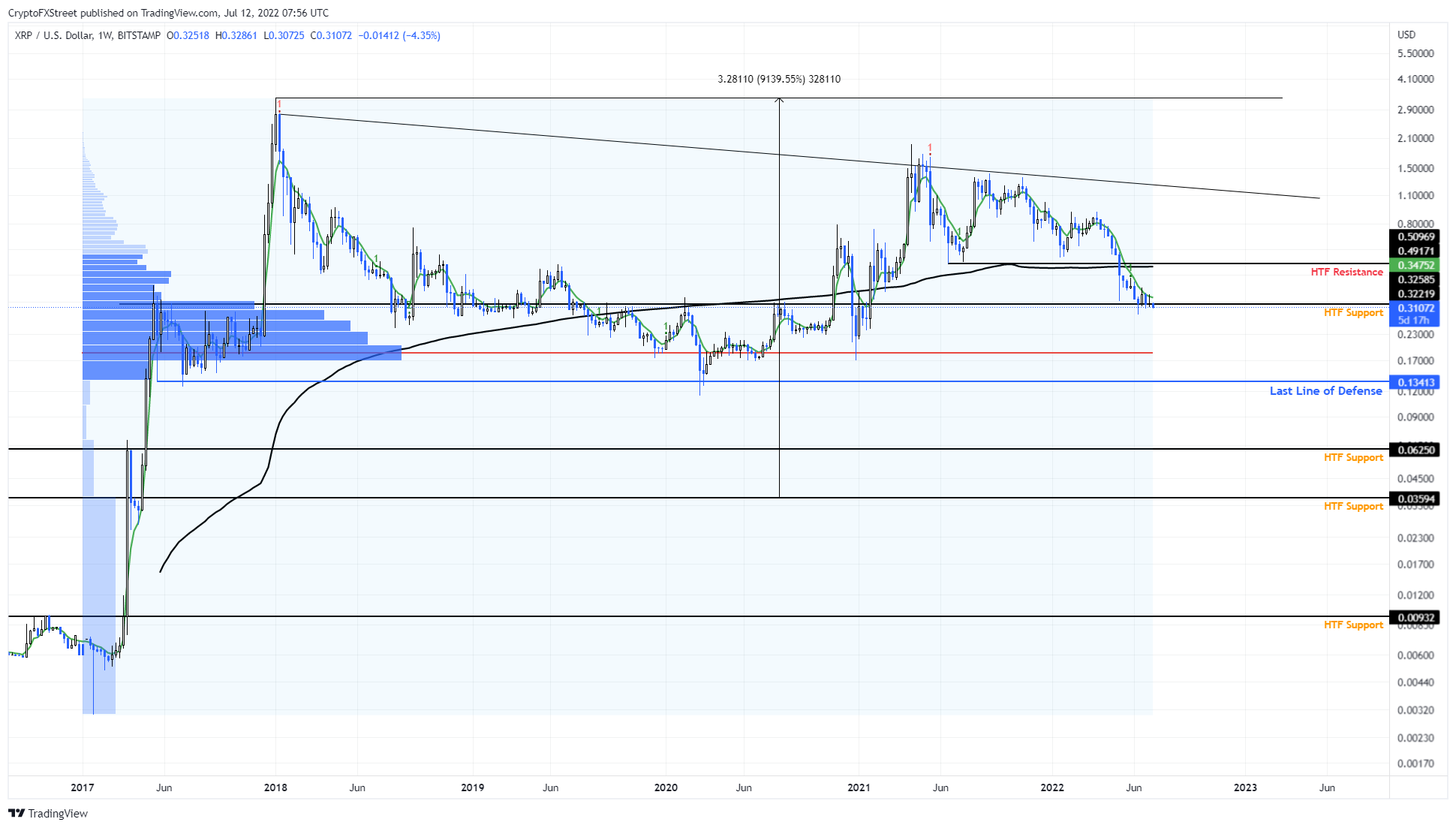 While things are looking bad for XRP price, a recovery above the $0.322 support level will be the first signs of a bounce. However, until bulls manage to flip the $0.509 hurdle into a foothold, things will remain mostly neutral.

Only a higher high above the March 28 swing high at $0.912 will invalidate the bearish outlook for XRP price.