The inability of the buyers kept SafeMoon price below this level for most of the time. Similar reversion to the mean takes place when a significant price move occurs, regardless of the direction.

The recent sell-off pushed the range low to $0.00000257. AlthoughSafeMoon price has risen 24% over the past 12 hours, more of this ascent is likely to occur shortly. 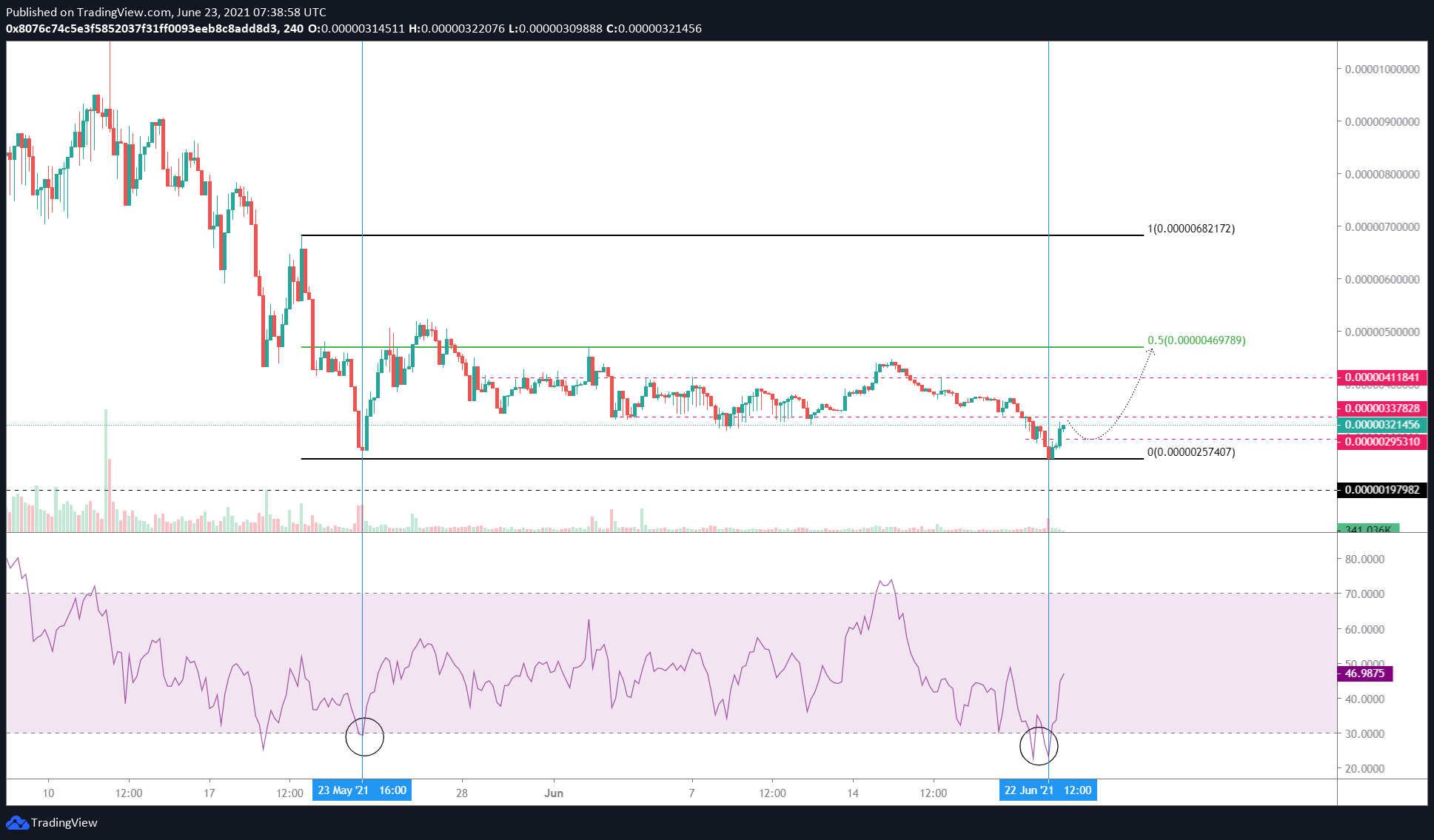 Moreover, crashing 30% between June 20 and June 22 pushed SafeMoon price to create a new range low and dragged the Relative Strength Indicator (RSI) below 30, the oversold level.

The last time RSI dipped below 30 was on May 23, which was followed by an 88% rally, which swaggered through the mean.

The mean reversion theory holds for Bitcoin price as well. Considering the massive correlation that altcoins generally have with BTC, it is likely to assume that a swift move up in the flagship crypto’s market value will likely trigger the altcoins to do the same, including SAFEMOON.

This relation depends mostly on Bitcoin’s dominance, which measures how much of the total cryptocurrency market comprises BTC.

In a nutshell, it is the ratio of the market capitalization of Bitcoin to the altcoins. Generally, a decrease in Bitcoin dominance paves the way for altcoin season, and the opposite makes altcoins heavily correlated with BTC.

Over the past month, the dominance chart has set up two higher highs, indicating a steady growth and further adding credence to the bullish thesis for SAFEMOON.

After the recent sell-off, the flagship cryptocurrency has positioned itself for a move higher; therefore, investors can expect SafeMoon price to do the same as well.

To conclude, the technical perspective indicates that SafeMoon price is likely to head higher. However, the resistance levels at $0.00000338 and $0.00000412 will play a pivotal role in deciding if the rally reaches its intended target at $0.00000470.

Rejection at any of these levels leading to a decisive 4-hour candlestick close below the range low at $0.00000257 will invalidate the bullish thesis.