SAFEMOON price is fading the recovery momentum this Saturday after falling for four days in a row earlier this week.

On June 15, SafeMoon exploded 15% after the bulls cheered the news of the project, which is involved in the Dogecoin and SpaceX partnership.

However, a fresh selling wave knocked off the coin thereafter, as the SAFEMOON price failed to benefit from the announcement of its listing on the next generation KickEX exchange.

SAFEMOON has stalled its four-day losing streak but it's not out of the woods yet, given that the bears have charted a rising channel breakdown on the four-hour chart on Friday.

The price bounced from near the immediate support at the dashed horizontal trendline (white) at $0.000003509.

However, with the channel breakdown in play combined with the Relative Strength Index (RSI) turning south below 50.00, the abovementioned support looks at risk.

The next significant support is envisioned at $0.000003220, the dashed horizontal trendline (orange).

SAFEMOON will remain poised for a fresh downswing towards 0.000002500 should the latter cave in. 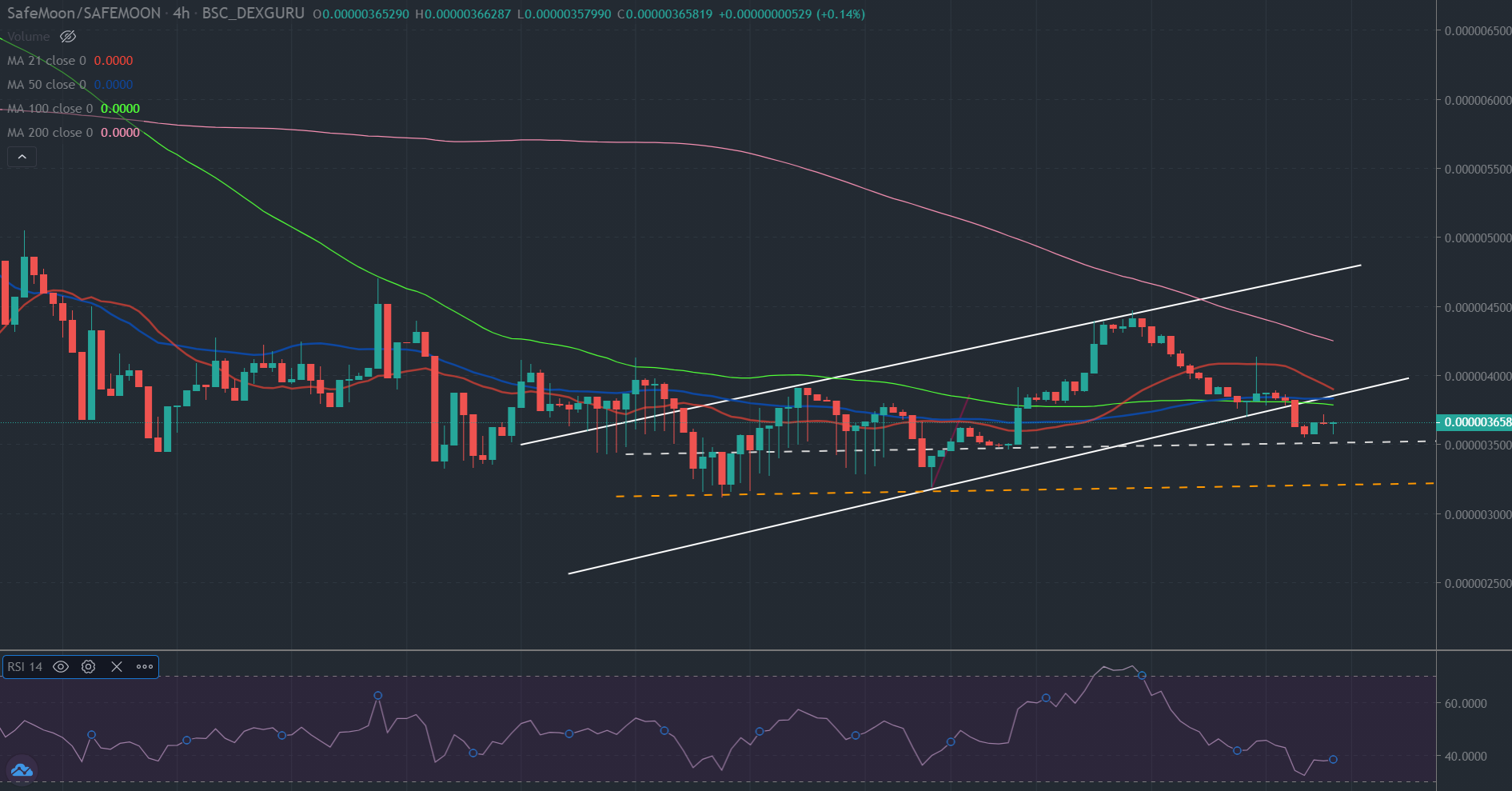 Alternatively, recapturing the critical 0.000003850 barrier is critical to staging any meaningful recovery.

That level is the confluence of the channel support-turned-resistance, 100 and 50-simple moving averages (SMA).