SafeMoon price has quietly drifted into the 50 four-hour SMA following the explosive 50% gain into the June 15 high. The fundamental break with the suffocating descending channel has elevated the outlook for SAFEMOON and established a foundation for higher prices as long as the broader cryptocurrency market cooperates.

The recent news of infrastructure vulnerabilities for SafeMoon has not translated into a notably weaker SafeMoon price. Instead, SAFEMOON seized on the announcement that the project is involved in the Dogecoin and SpaceX partnership to accelerate a rally higher.

SafeMoon price rally has resulted in an upward trending 50 four-hour SMA, now at $0.00000426, thereby providing some magnitude of downside stability as SAFEMOON retraces some of the recent rally.

SAFEMOON investors should use pullbacks to the 50 four-hour SMA to initiate positions for a rally to the declining 200 four-hour SMA at $0.00000514, generating a 20% profit.

If the cryptocurrency complex environment shakes off the negative bias, FOMO may drive SafeMoon price to the 38.2% Fibonacci retracement of the May correction at $0.00000620, offering a 40% profit from the current price. The four-hour RSI supports such upside before it would trigger an overbought reading.

A strong bid and a bullish cryptocurrency market could propel SafeMoon price to the 50% retracement at $0.00000731. However, it is a level that will be a challenge due to the price congestion associated with the May 13-20 time period.

In the context of a weak crypto market, SAFEMOON investors should apply trailing stops if the advance develops, but not too tight as the altcoin does experience wide percentage swings on the intra-day charts. Trailing stops would be best used with a specific time close, such as one-hour, four-hour or daily close. 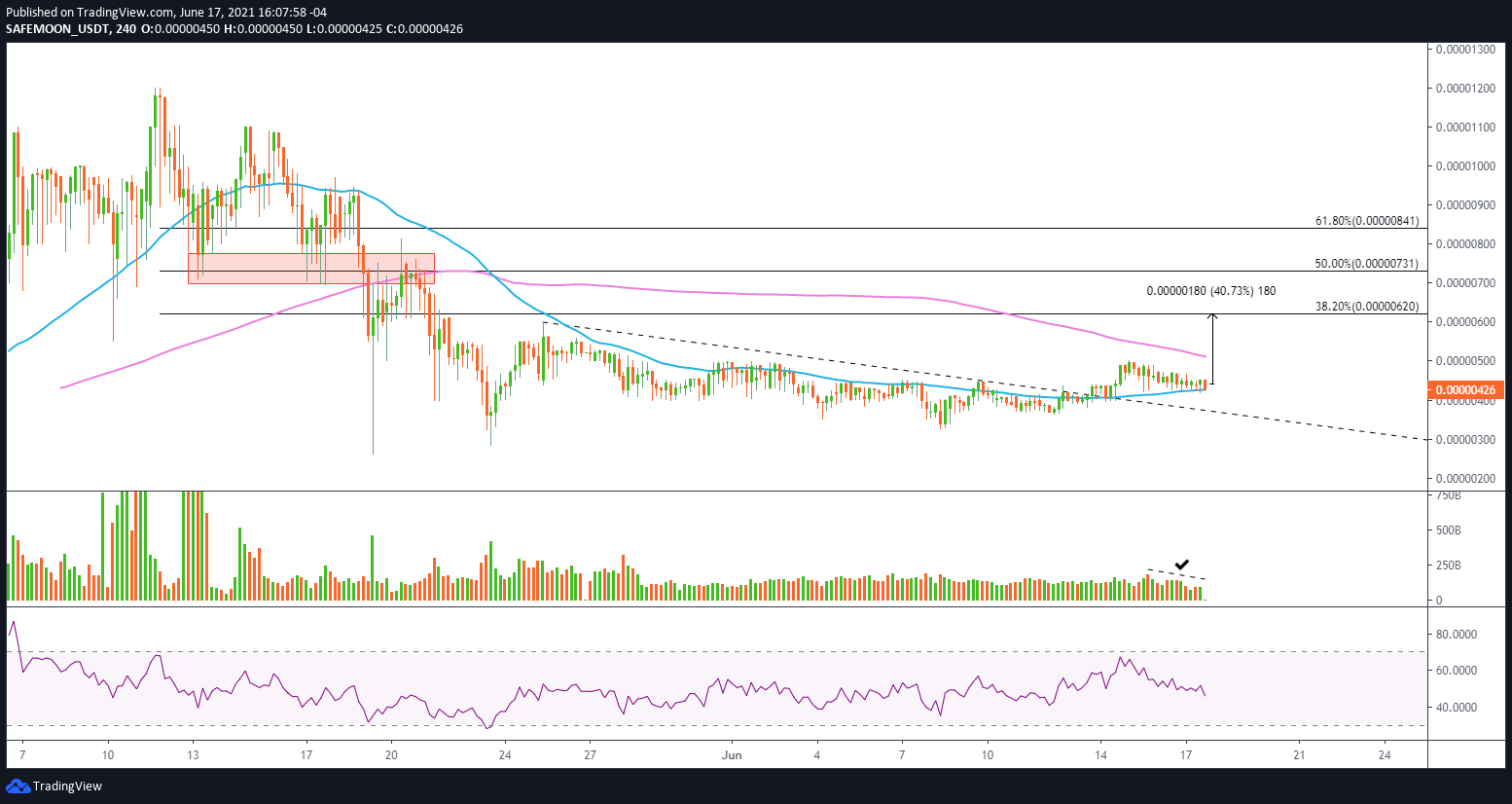 Investing in the cryptocurrency market does carry significant risks, and the recent revealing of security vulnerabilities in the SafeMoon digital infrastructure amplifies those risks. Nevertheless, SafeMoon price is trying to turn, gearing investors for a sustainable advance into the various targets outlined above. Most importantly, SAFEMOON investors need to make sure to let the rookie cryptocurrency prove itself before making grandiose projections and investments.