SafeMoon price may have made the turn higher, but traction has been momentary, not resulting in a sustainable, superior rush higher. Instead, SAFEMOON prefers to get locked in descending channels with no visible clues as to directional intentions. Thus, until the meme token can overcome the June 18 high, investors are better positioned in cash.

SafeMoon price pump does not get any quality jump

In a spirited attempt to induce a campaign to “pop off” SafeMoon price, Reddit user posted “GMEandAMCbroughtme” on r/SatoshiStreetBets, where they encouraged SAFEMOON followers to create a crypto version of Gamestop and AMC. Unfortunately, the “biggest squeeze of all time” has not materialized as the altcoin has continued to be influenced by the weakness in the cryptocurrency complex, continuing a descending channel going back to June 15.

The rising 50 four-hour SMA did not provide support over the last few days, a disappointing technical development for SafeMoon price and an indication that SAFEMOON was not ready for aspirations of a higher price.

The first line of defense for SafeMoon price is the crossing of the May 25 declining trend line that was fractured on the June 13 uptick and the June 8 low of $0.000000326. A failure to hold will release SAFEMOON to test the May 23 low of $0.00000285, and if the cryptocurrency market remains in a downtrend, investors should expect a test of the May 19 panic low of $0.00000261. In the worst-case scenario, a sweep of the May 19 low would be a 25% decline from the current price. 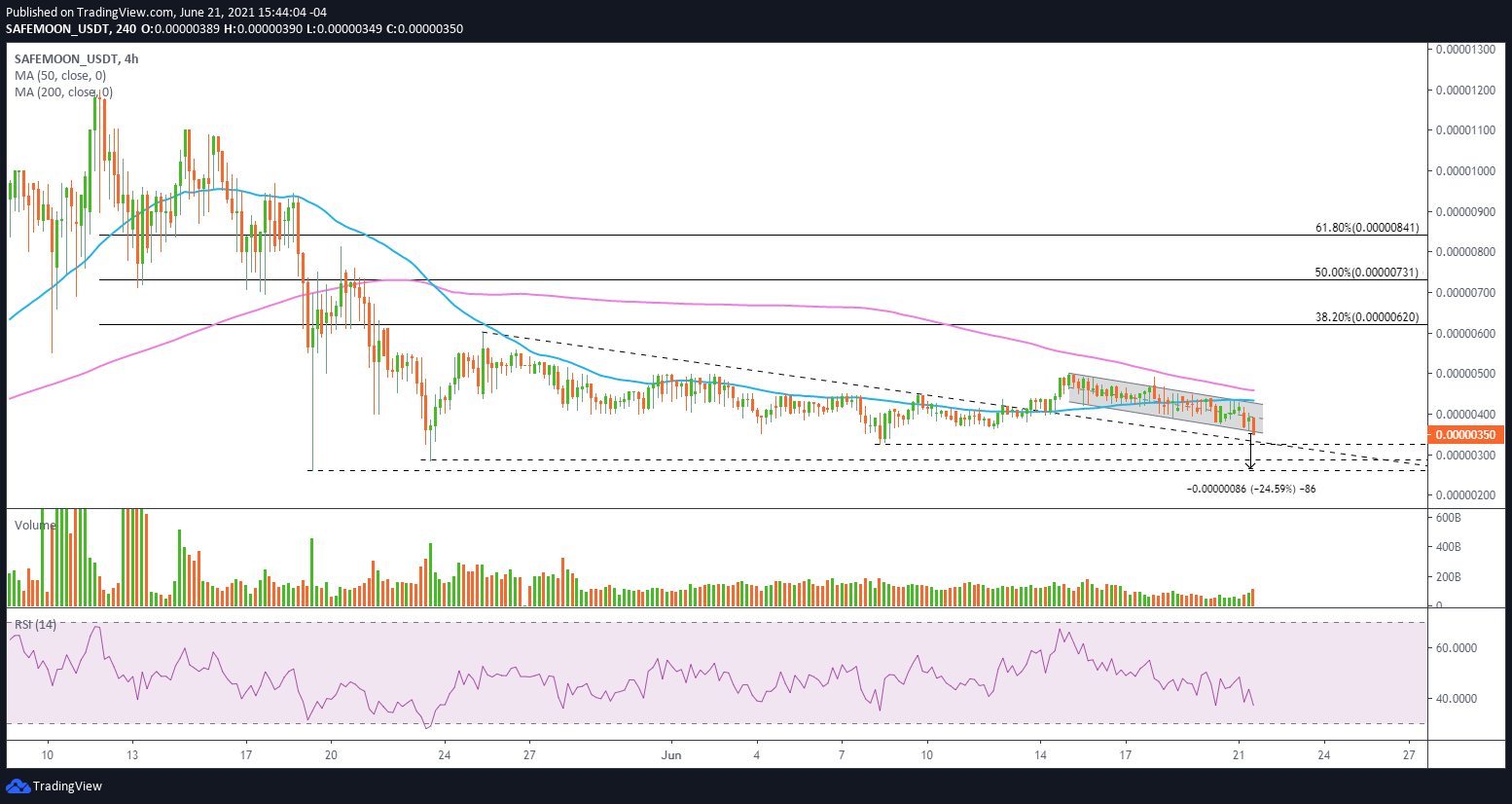 A close above the falling 200 four-hour SMA at $0.00000458 would alleviate the SafeMoon price uncertainty and allow SAFEMOON to rediscover the early uptrend detained by the broader market weakness. Yes, it is a 30% gain from the current price. Still, it is cheap insurance to pay for a higher probability entry to seize on a significant advance to at least the 50% Fibonacci retracement of the May correction at $0.00000731.