Solana (SOL) price saw its value depreciate slightly, slipping below the critical support level at $219.75. The break accelerated the correction but saw bulls quickly stepping in and limiting further losses by defending the monthly support at $185 and helped by the 55-day Simple Moving Average (SMA). With the renewed buy-side pickup in demand, expect a break to the upside and new all-time highs by the end of the week around $280.

Solana price came under some selling pressure whilst respecting  a top side trend line that had been limiting further upside for most of November. As bulls were forced to the sidelines, bears saw the opportunity to attack an important support level at $219.75, which originated from the beginning of September. After the break below that level downside velocity accelerated , as  more shorters joined the party pushing SOL price even lower.

SOL price found support relatively quickly, however,  at the monthly pivot at $185, and the 55-day SMA just above at around $182. These two technical elements tilted price action quickly back up towards the historical support level at $219.75 and even beyond with a retest of the top trend line but got rejected. Expect bulls to sit on their hands and try to break the trend line and R1 resistance level near $240. 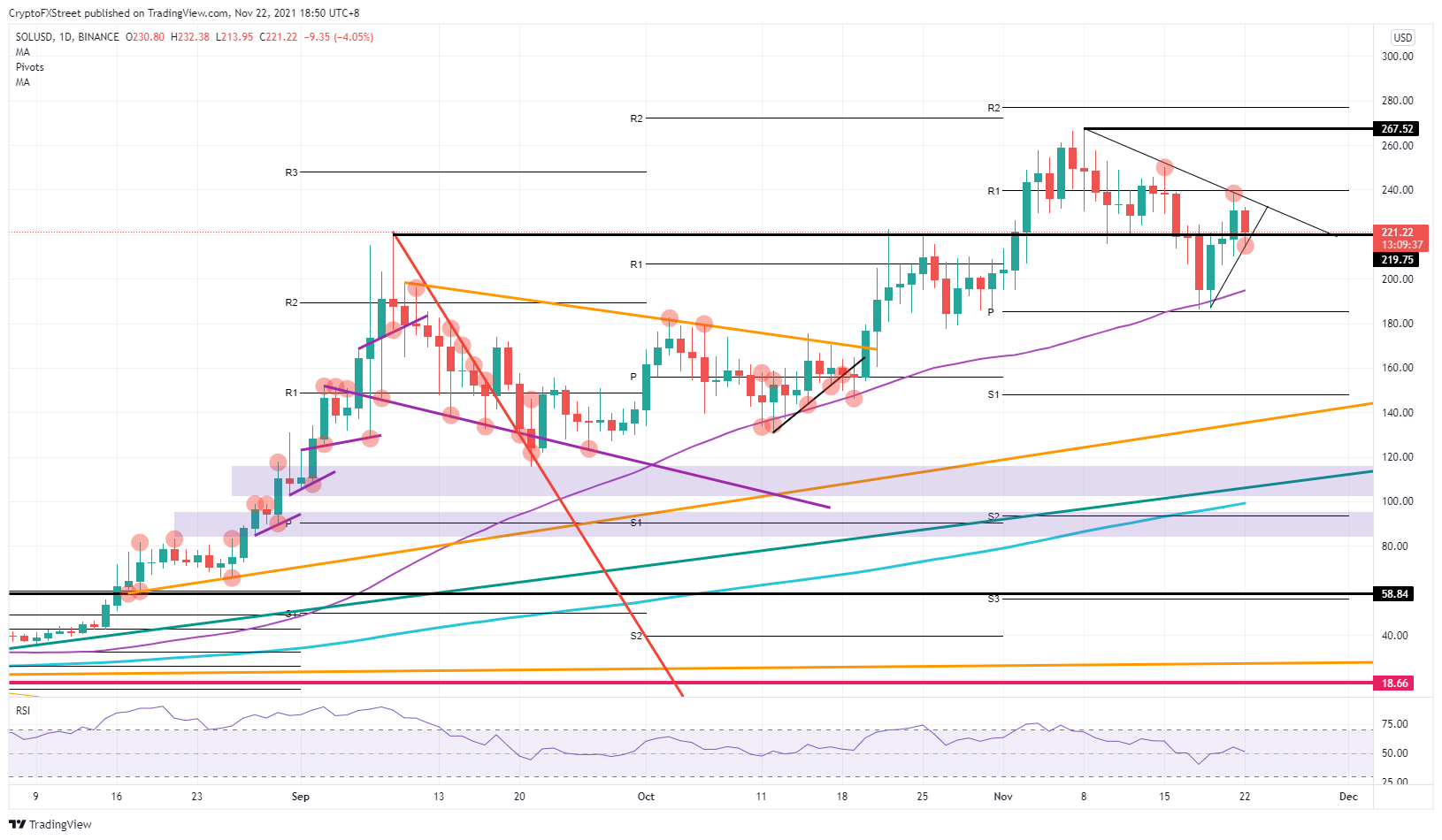 With SOL price currently in the middle of last week's range expect a break to the upside eventually, with the appearance of one or two tailwinds that could appear and help lift sentiment to break monthly R1 resistance at $240. The break of that top trend line would then see accelerated inflow from bulls with demand-side volume exploding and a resulting spike in the price action.. Once bulls can consolidate above $240, expect new all-time highs in the days that follow.