Shiba Inu price seems to be suspended in time as it consolidates between two crucial demand barriers. Typically, previous bounces around these levels have resulted in a bullish reaction, but a breakdown could lead to a steep descent.

Shiba Inu, like Dogecoin or Baby Doge, is a dog-themed cryptocurrency that is driven mainly by the retail hype. However, recent events lead one to believe that the frenzy or FOMO around SHIB has vanished.

The listing on eToro, an Israeli exchange, failed to prop up the Shiba Inu price, indicating that investors are disinclined to invest in the dog-themed cryptocurrency despite the recent bullish move.

Interestingly, the ShibaSwap DEX that went live on July 6 seems to be lacking as its total value locked (TVL) declined by 75% over the past month from $1.5 billion to $356 million as of this writing.

Both these events paint a bearish picture, at least in terms of the retail interest. The social volume metric shows a steady decline over the past three months from 1,044 to 321, representing a 70% plummet.

Shiba Inu price has been trudging around the $0.00000625 and $0.00000654 support levels for nearly 20 days, showing a balanced pressure from buyers and sellers. The bounces from these barriers have often led to massive spikes in buying activity that pushed SHIB to retest either the trading range’s midpoint at $0.00000870 or the high probability resistance levels ranging from $0.00000954 to $0.0000107. 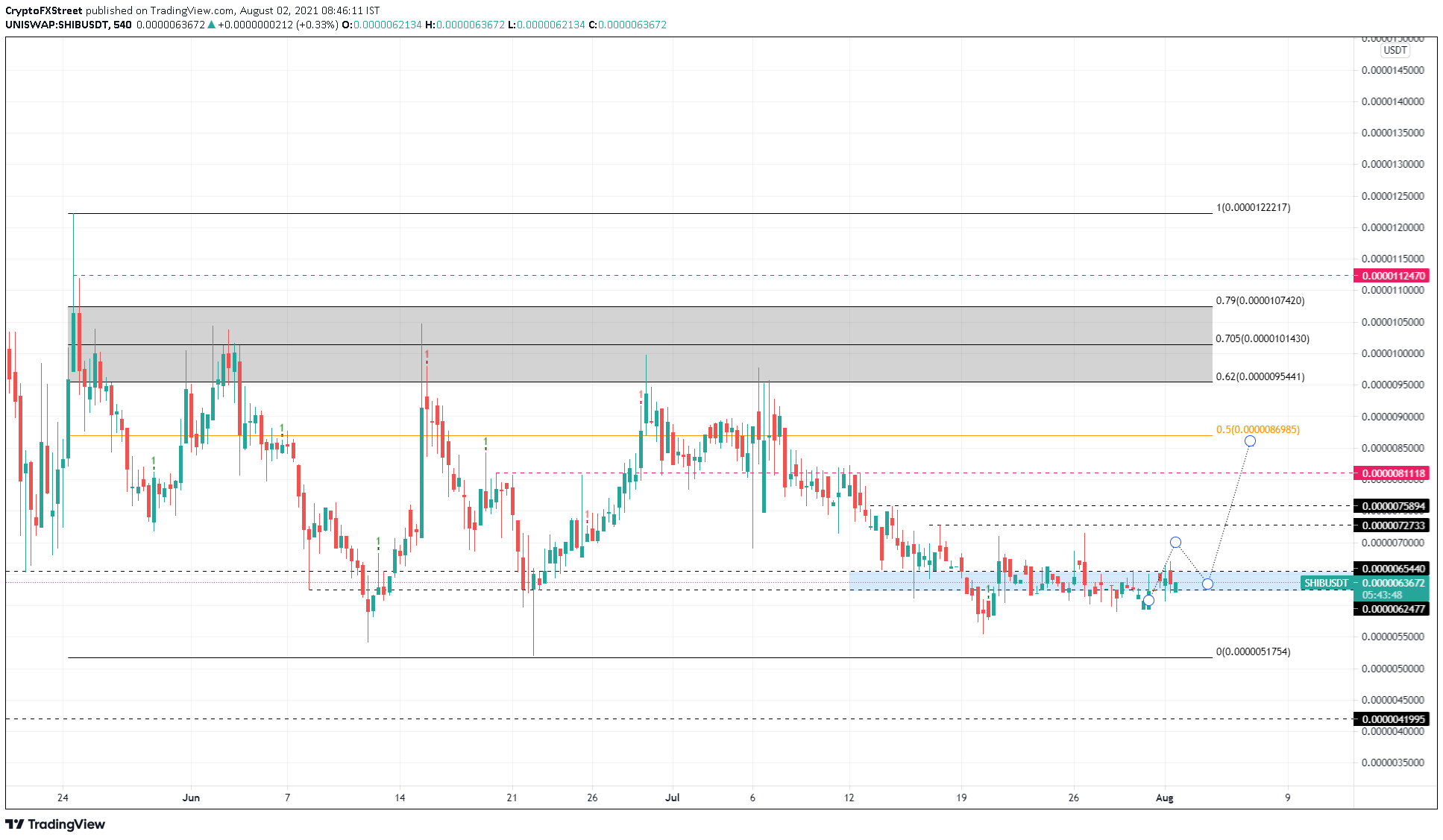 While the optimistic scenario seems logical, a breakdown of the range low at $0.00000518 will invalidate the bullish thesis explained above. Such a move might further trigger a 20% sell-off to the $0.00000420 support level.