Since September, Shiba Inu price (SHIB) has been on a winning streak, with price action fading on October 7. Bulls have been very controlled and patient for another entry and are now shifting back into gear for a new attempt to claim $0.00003535. From there, $0.00004000 will be in the cards as a completion of this rally.

Shiba Inu price action saw bulls denying bears a rally, with the latter having an opportunity to reverse the bull run since late September completely. With the formation of a green ascending trend line on October 9, SHIB price action has resupplied the bull rally. Bulls are reclaiming levels they lost control of in the profit-taking fade on October 7. 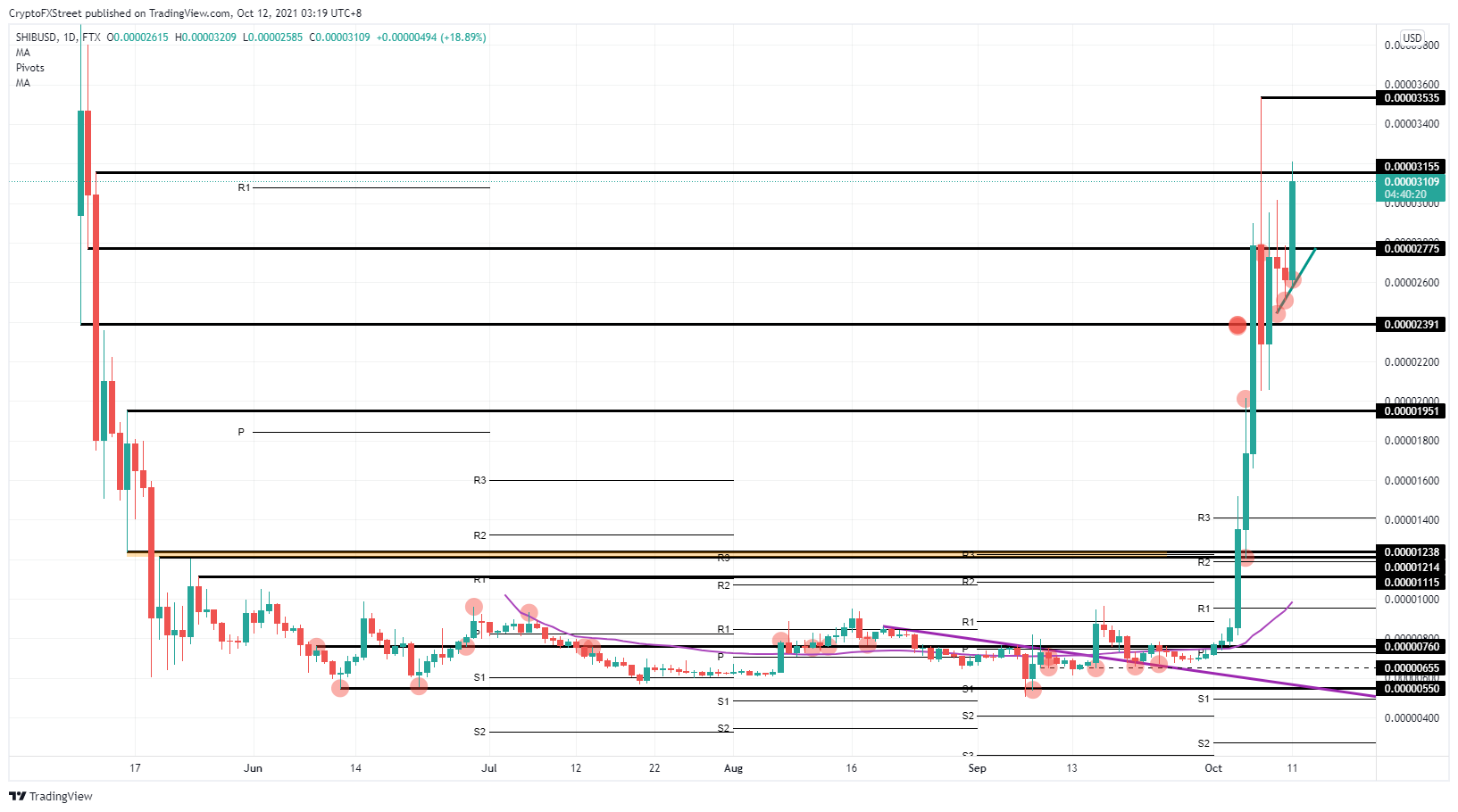 Shiba Inu price action could go for the total swing trade and see bulls push to $0.00004000. For that, however, buyers will need to add more volume, and some more favorable tailwinds need to join the bull run. Otherwise, the rally would hit $0.00003535 and start to fade again.

When SHIB price faces some headwinds and buyers start to take their profits without respecting the target levels, expect a quick and violent reversal in Shiba Inu price action back toward $0.00002000. That level will certainly hold quite a lot of importance with bulls defending this area, because otherwise they will certainly not see $0.00003535 for a long time.