Shiba Inu price action has been a textbook model of technical analysis theory – the more extended consolidation, the more impactful any breakout. However, evidence of another leg higher exists and continues to develop.

Shiba Inu price continues to draw in neophyte and veteran cryptocurrency enthusiasts alike. The recent spike in volatility and new multi-month highs highlights the explosive nature of the new king of meme coins. However, many buyers and sellers question if the move is real and sustainable. Ultimately, the question speculators everywhere want to be answered is this: can Shiba Inu move higher?

Over the past six trading days, traders have seen Shiba Inu price consolidate into a bullish continuation pattern known as an ascending triangle. The ascending triangle has a high positive expectancy rate of creating a sustained bullish breakout. Given the current conditions, bulls will be looking to add or create new long entries with a daily close above the prior daily high at $0.00002785. From there, the next target zone would be the 61.8% Fibonacci expansion level at $0.000045. 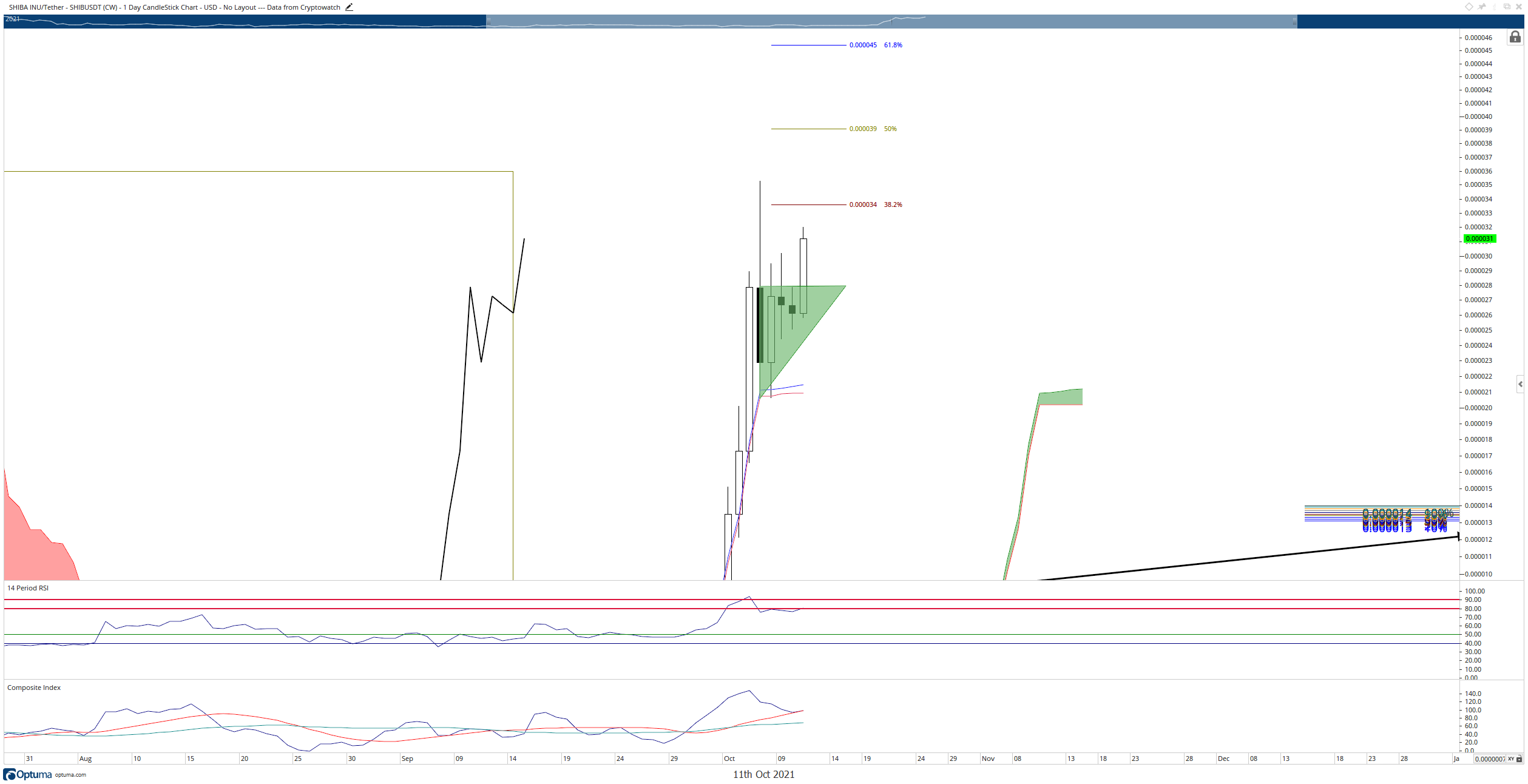 The current bullish bias in Shiba Inu price can easily be invalidated if buying interest were to wane. Any daily close below the Saturday low of $0.00002442 could trigger some intense selling pressure to test the daily Tenkan-Sen at $0.000022 or Kijun-Sen at $0.000021 as support. Traders will also want to watch if the Composite Index, which recently crossed below its fast-moving average, has a sustained move lower to cross under its slower average.