Dogecoin price may have triggered some fears of a resumption of some intense selling pressure after closing nearly -8% lower on Sunday. Those fears were easily justified given that the Sunday close was below the last primary support levels on the daily Ichimoku chart.

Dogecoin price closes below $0.232, but bulls regain that price level and must now hold it as support

Dogecoin price has one primary support level remaining on the daily Ichimoku chart at $0.232 – which contains the 38.2% Fibonacci retracement and Kijun-Sen. The overall structure presently developing is a bull flag, which is a bullish continuation pattern. 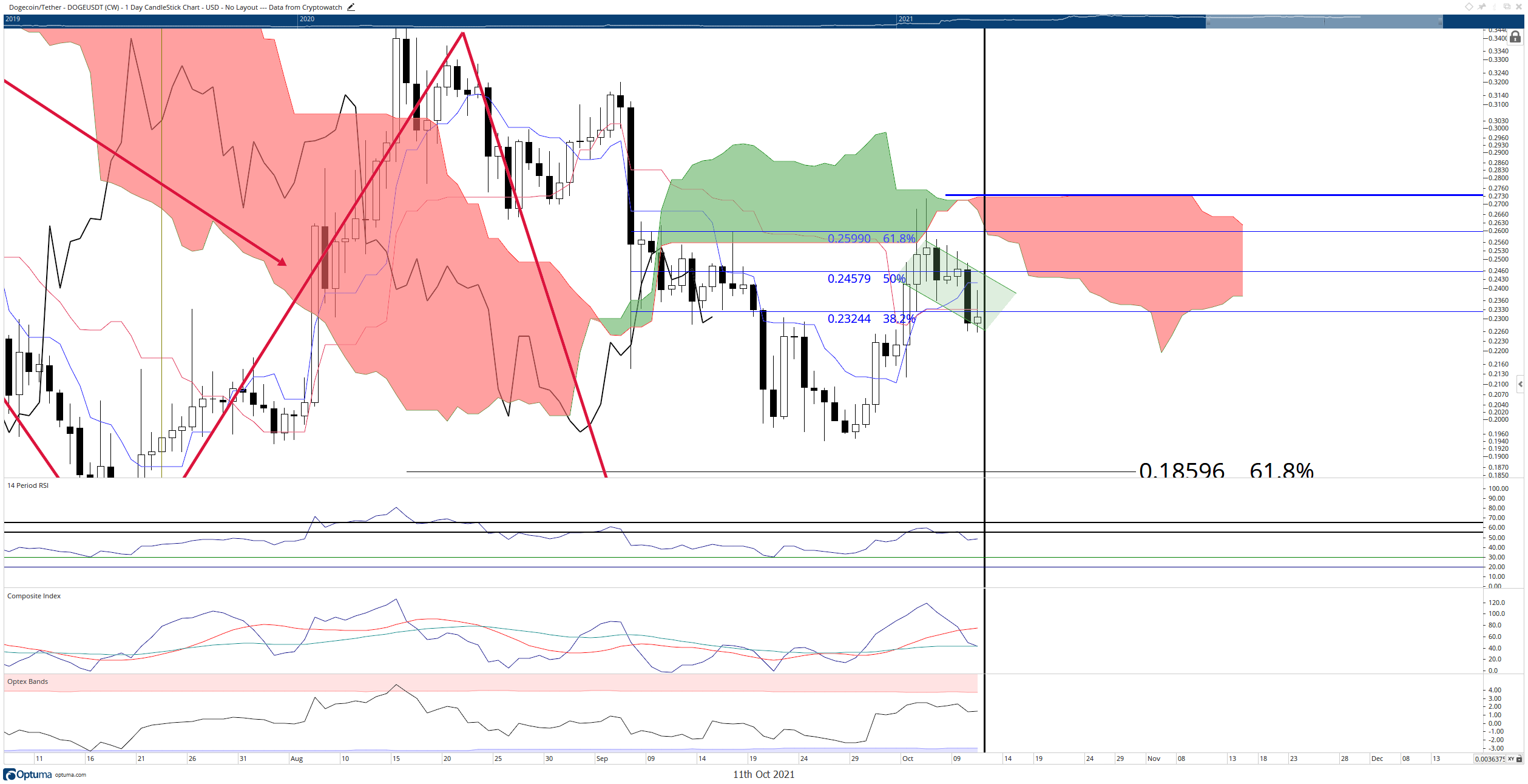 A significant number of short-sellers targeted the break below the Kijun-Sen on Sunday and are now likely to become trapped as Dogecoin approaches $0.245. Bulls will be looking for a close above the Sunday high of $0.2487 to initiate a breakout of the bull flag. A significant rally could occur as a close above $0.245 would position the Chikou Span above the candlesticks.