Shiba Inu price witnessed a massive sell-off as the crypto markets descended into chaos between January 20 and January 22. While many altcoins have recovered SHIB seems to be coiling up, hinting at a breakout move.

Even after ten days of consolidation, SHIB seems to be showing no signs of a breakout. However, when it does, investors can expect the meme coin to make a 23% run for the immediate resistance barrier at $0.0000254 aka the 200-day Simple Moving Average (SMA).

In some cases, although unlikely, Shiba Inu price could extend beyond this barrier and retest the weekly resistance level at $0.0000283, roughly coinciding with the 50-day SMA. This move would bring the total gain from 23% to 36%. 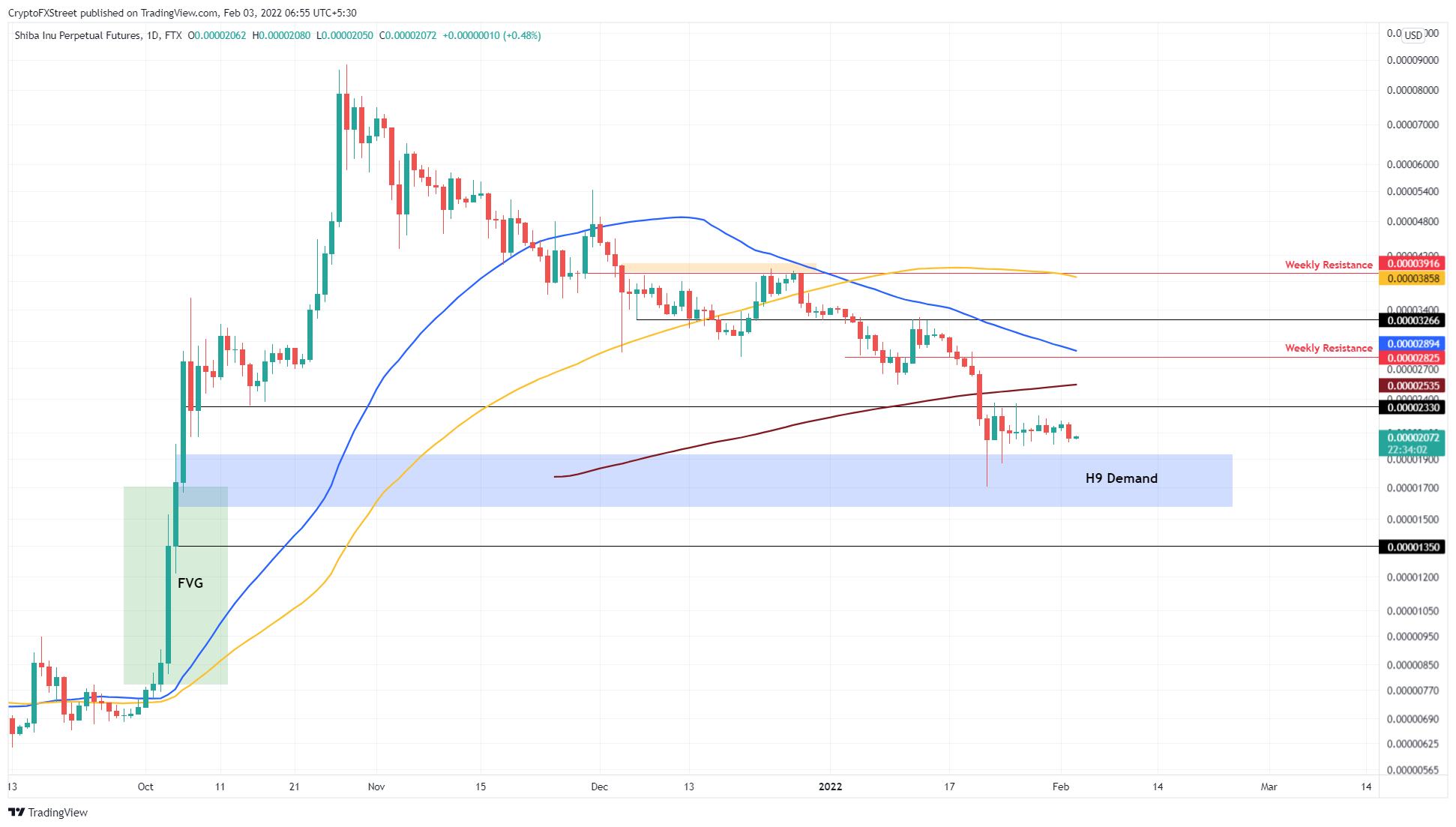 While things are looking up for Shiba Inu price from a technical perspective, a breakdown could result in the retest of the $0.0000158 to $0.0000193 demand zone. Here, buyers have another chance at an uptrend, but failing to pull through could likely result in a daily candlestick close below from $0.0000158, which will produce a lower low, invalidating the bullish thesis.

This development could see Shiba Inu price retest the $0.0000135 support level, where bulls can band together for another upswing.