Shiba Inu price has been on a downswing since July 6 after a failed attempt to slice through the high probability reversal zone. This descent is now trading above two pivotal support barriers, a breakdown of which could lead to a steep correction.

If this bearish trend continues, the said levels will likely shatter, opening the path for a further downtrend. The support level at $0.00000516, coinciding with the range low, will be the bulls’ first target.

If the sellers produce a decisive 6-hour candlestick close below this barrier, an 18% sell-off might ensue. In total, this move would constitute a 36% crash. 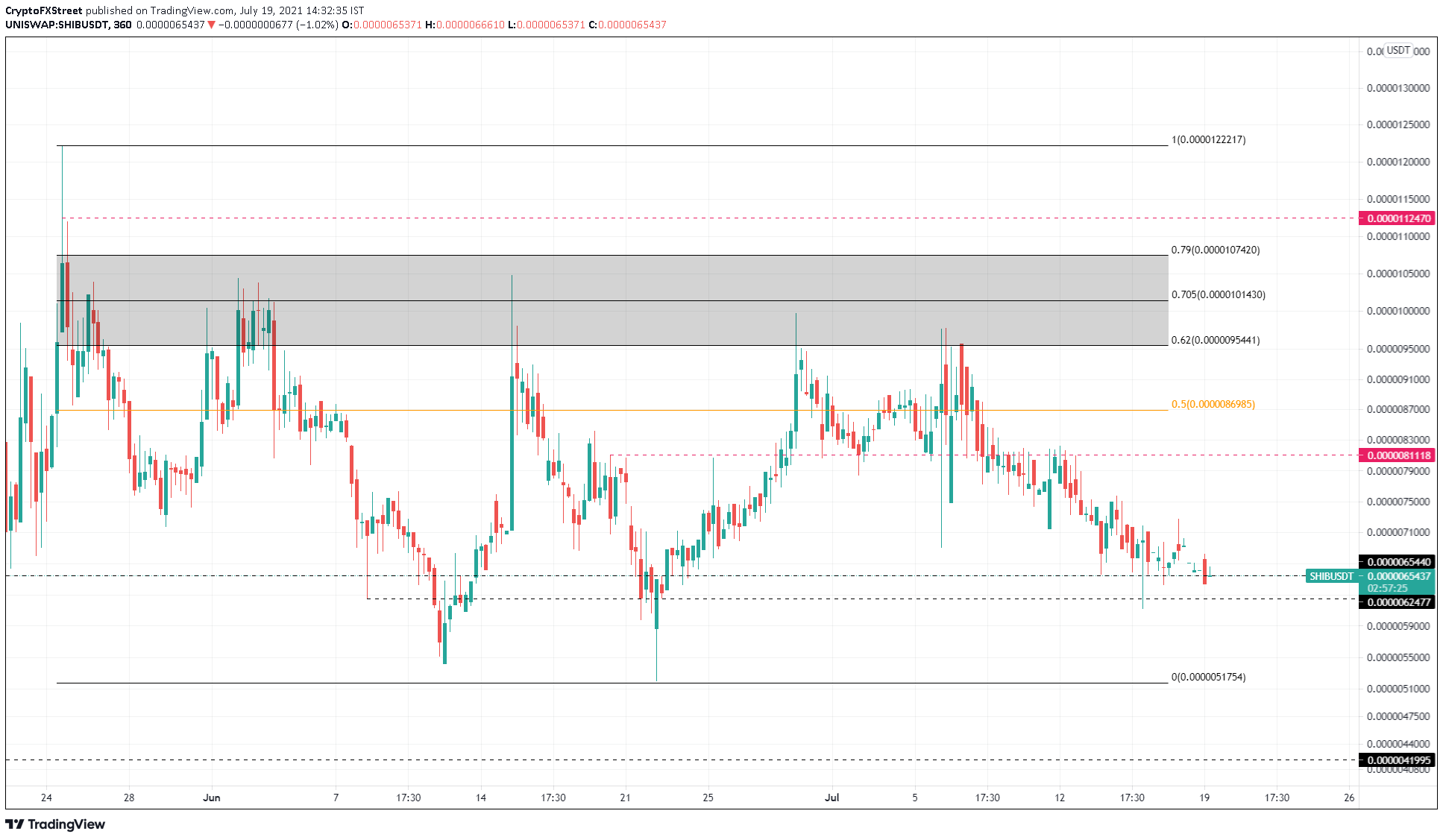 To invalidate the bearish scenario, bulls need to rally 23% and flip the immediate swing high at $0.00000811 into a support level.

Such a move could attract sidelined investors to jump on the bandwagon, leading to a retest of the range’s midpoint at $0.00000870.