Barstool Sports Founder Dave Portnoy recently announced his support for SafeMoon, while appearing on a video comparing six altcoins. The American internet intends to back the new cryptocurrency to see whether his actions could impact market movements.

SafeMoon, a digital currency that debuted in March, has managed to receive social media traction, positioning itself as a new asset class aiming to fix some of the problems in the crypto market, including price volatility.

To discourage day trading of SAFEMOON, its creators reward long-term holders by charging a 10% fee on each sale. Half of the fees would be designated to existing token holders, who also receive a dividend in the form of additional coins; the other half would then be burned.

According to SafeMoon creators, digital tokens are manually burned to give the project more control over the supply of its coins. A decrease in supply with increasing demand could drive SafeMoon price up.

Portnoy cautioned his audience that SAFEMOON could be a Ponzi scheme since investors are dependent on new speculators buying more of the digital asset to increase their investment.

However, the Barstool Sports founder decided to enter the market. Portnoy took a liking to the 10% penalty for users who sell the cryptocurrency. He added:

I will ride it either to the stratosphere or hell on earth.

Portnoy explained that he had invested $40,000 into the cryptocurrency but warned speculators to “invest at their own risk.”

The internet celebrity aims to test whether his allegiance can move markets, similar to the price action witnessed in the crypto markets from Elon Musk’s recent tweets. Portnoy currently has 2.5 million followers on Twitter who could influence SafeMoon price, which currently has a market capitalization of $4.5 billion. Unlike Musk, Portnoy stated that he would not be selling his cryptocurrencies.

SafeMoon price attempts to climb out of bearish territory

Since Portnoy’s announcement, SAFEMOON price has climbed by nearly 10%, trading at $0.00000899. The 4-hour chart revealed that the SafeMoon price has rebounded from the head-and-shoulders pattern that began on May 6. 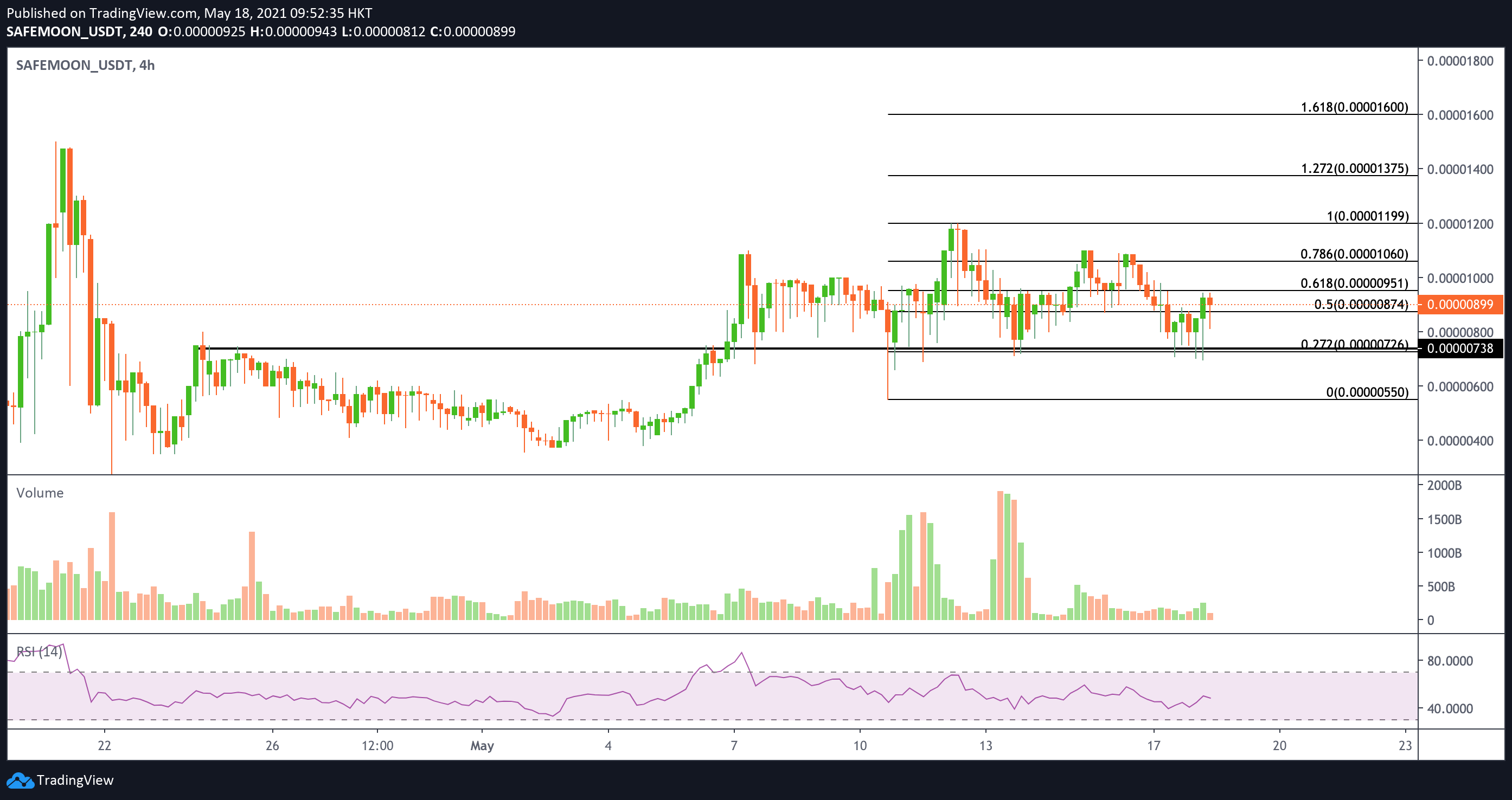 Buoyed by Portnoy’s bullish announcement, SafeMoon price would need to overcome resistance for a potential new rally toward the 61.8% Fibonacci extension level at $0.00000951, before seeing an extension to the high of the head-and-shoulders formation at $0.00001199.

However, bigger aspirations for SafeMoon price would be hindered if the asset does not find meaningful support at the current position of the neckline at $0.00000726, which coincides with the significant resistance level tagged on April 24.