SafeMoon price shaped a descending triangle pattern since the May collapse, with the May 19 low of $0.00000261 serving as the horizontal support for the triangle. Finally, on July 28, SAFEMOON logged a daily close below the May 19 low, triggering the bearish pattern. Despite the oversold condition on the daily RSI, the outlook for the altcoin is still bearish as the previous price contraction will lead to further price expansion.

Since the triangle resolution to the downside on July 28, SafeMoon price has dropped 27% at today’s low of $0.00000190, but still far from the measured move downside target of $0.00000111. A decline beyond the measured move target would find support at the April descending trend line at $0.00000089, representing a 60% decline from the current price. The level corresponds to price congestion at the beginning of April.

To achieve the bearish targets outlined above, look for panic in volume. Based on the daily volume figures, the 27% decline has not been engineered by a rush for the exits, forging the potential for a rebound as the daily RSI has touched the oversold territory. Thus, for SAFEMOON investors with a shorter-term outlook, it may be advantageous to capture the gains. 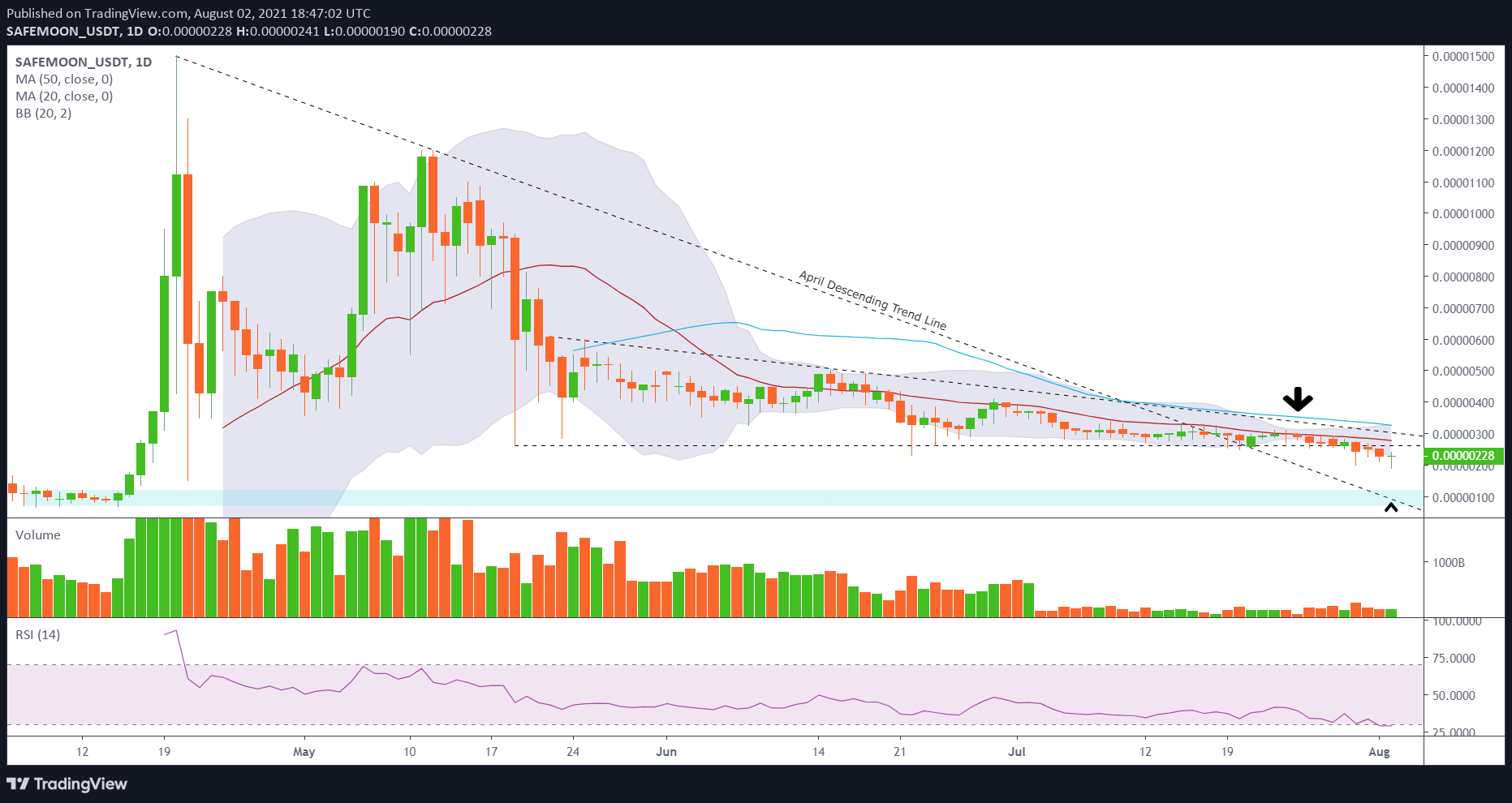 For those investors not participating in the decline, there is no reason to entertain a long position until SafeMoon price recaptures the May 19 low of $0.00000261. Even then, the upside is met with heavy resistance, including the 20-day SMA at $0.00000277, the upper trend line of the descending triangle and the 50-day SMA at $0.00000326.

Overall, the negative deviation of SafeMoon price from the bullish trend in the cryptocurrency complex since July 21 is confirmation that the SAFEMOON outlook remains full of questions and few answers, especially when there is no FOMO to hide the sources of bearish concern. As a result, it may be a signal of more trouble to come.