In a recent blog, Ripple stated that RippleNet transactions did a 10x in 2020, with Sout-East Asia playing a significant role. The number of deals signed year-on-year more than doubled in this region.

As the country’s largest bank in terms of market capital, SCB completed over half a million transactions on RippleNet in 2020 — a 300% growth for inbound remittance volume and 500% outbound remittance growth year-on-year.

Another major stride in Asia was landing BKK Forex, connected to SCB and DeeMoney, a financial solutions provider, via RippleNet Cloud. Through this partnership, more than 45,000 Thai nationals can send money from Singapore.

Perhaps, the most important development comes from RippleNet’s On-Demand Liquidity (ODL) solution, which leverages XRP as a bridge currency to facilitate cross-border payments. In doing so, the need for holding capital in NostroVostro accounts can be freed up.

iRemit, which is the largest non-bank remittance service provider in the Philippines, has joined BKK Forex. It is worth noting that iRemit is an early adopter of ODL and could play a crucial role in triggering a considerable growth in XRP price.

XRP price primed for a 60% upswing

The recent 34% crash has dragged XRP down towards the channel’s lower boundary, where it currently trades.

If buyers rescue the remittances token, a 60% bounce seems more than likely. A solid confirmation will arise after a decisive close above $0.50. In such a case, XRP price could surge to $0.75, which coincides with the breakout line by the Momentum Reversal Indicator (MRI).

While a reversal at $0.75 seems plausible, a breach of this barrier could catapult Ripple by another 40% to $1.00. 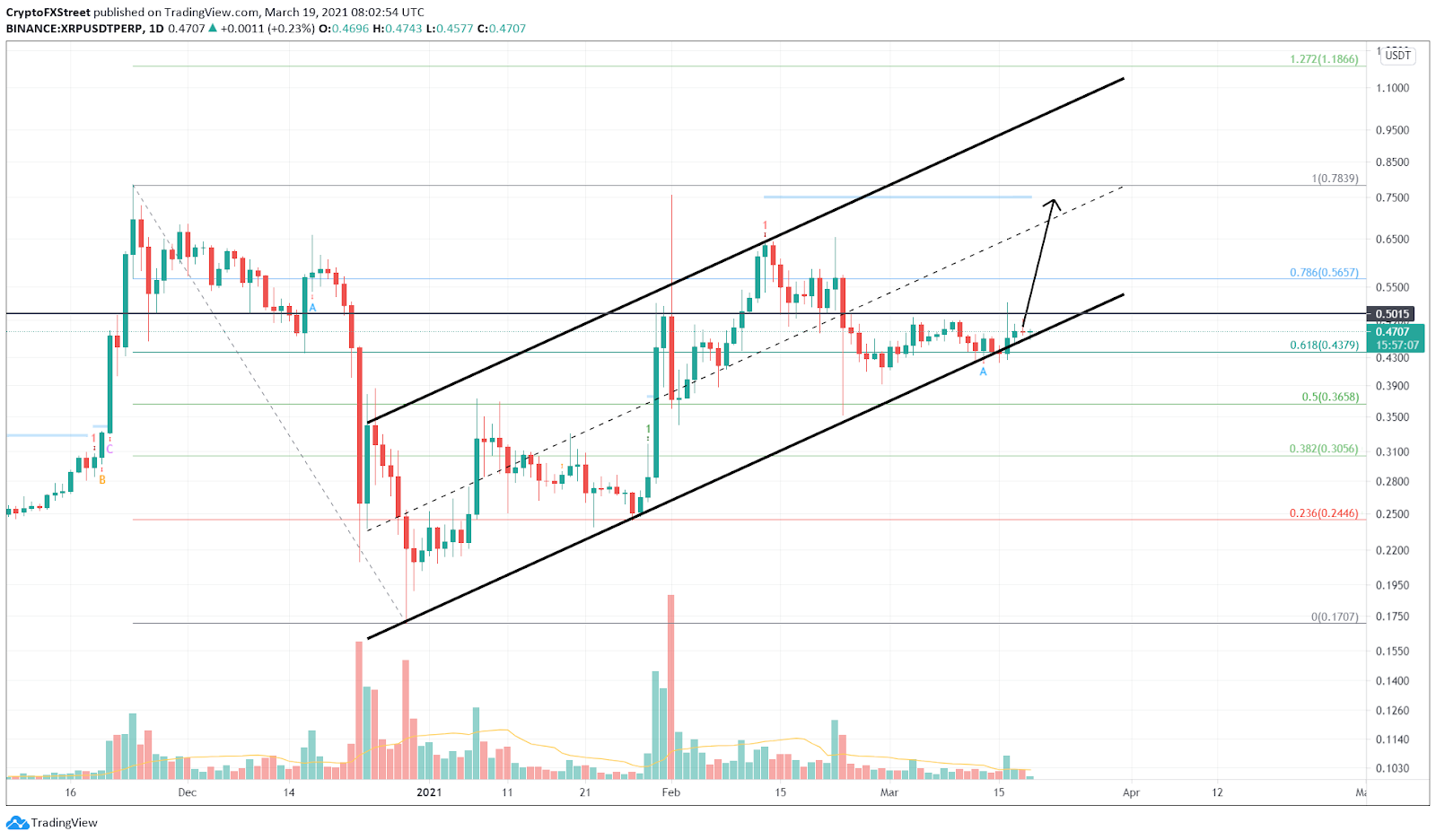