MATIC price is in a tough spot due to its upswings in the last week of December 2021. Although Polygon could see an uptrend, the bulls will face an extremely resilient resistance barrier that will likely stop Polygon dead in its tracks.

MATIC price set up a higher high on December 27, 2021, at $2.93, which also happens to be the all-time high. This run-up failed to sustain, leading to a steep correction that sliced through the demand zone, extending from $2.43 to $2.63, flipping it into a breaker.

However, market participants should note, MATIC price will likely face rejection at the said barrier, leading to a retest of the 50-day SMA at  $2.19 before deciding on a directional bias. 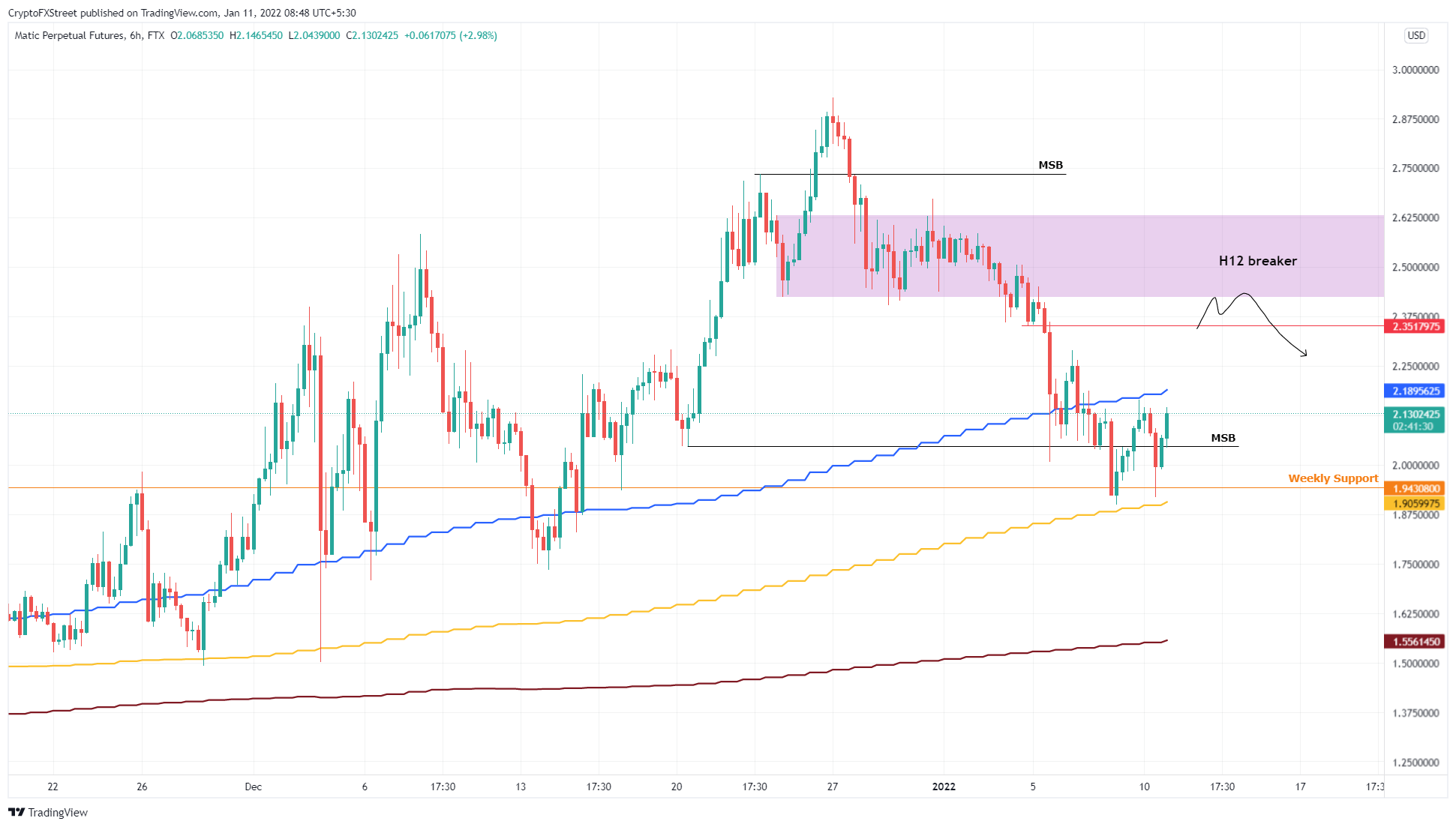 Supporting this short-term uptrend to $2.42 for MATIC price is IntoTheBlock’s Global In/Out of the Money (GIOM) model, which shows non-existent resistance barriers up to $2.48.

Therefore, a move into this territory could lead to these underwater investors wanting to break even, causing a spike in selling pressure, explaining the rejection from the breaker explained above.

Further explaining the pickle that Polygon is in is Santiment’s Network Growth metric, which has dropped roughly 46% since the all-time high at $2.93 on December 27, 2021. This on-chain index measures the number of new addresses joining the network and can indicate if the project is gaining traction or losing it.

For Polygon, the network growth has dropped from 4,693 to 2,535, representing a net decline, suggesting that investors are not interested in MATIC price at the current levels.

If MATIC price produces a six-hour candlestick close below the 100-day SMA at $1.91, it will invalidate the bullish thesis. This development opens the path for Polygon to retest the 200-day SMA at $1.56.