MATIC price has surged by more than 57% in just ten trading days. Concerns about whether it could make another breakout attempt of the upper trendline of a rising wedge have been handily dispelled. However, a pullback in the interim is expected.

MATIC price has two scenarios coming up that traders should be prepared for. The first is a pullback to the $2.40 value area. $2.40 is where the top of the current rising wedge pattern and daily Tenkan-Sen reside. A pullback to this level is a move that both long-term investors and short-term speculators should want to occur.

A retest of $2.40 that holds as support would confirm that the current breakout was legitimate. There have been five attempts since October 27 by MATIC bulls to breakout above the rising wedge, but all have failed and resulted in a return inside the rising wedge pattern.

The second scenario that traders should look out for is a consolidation phase. The consolidation phase would be a temporary pause where MATIC would likely trade between the $2.60 and $2.75 value areas. That consolidation would last until the Tenkan-Sen and Kijun-Sen cross above the rising wedge's upper trendline – roughly two weeks from December 24.

The $3 price level is the next central zone for MATIC price to test. $3 is a solid psychological level and near the 100% Fibonacci expansion at $2.93. Above that, a massive breakout towards the 161.8% Fibonacci retracement is next. 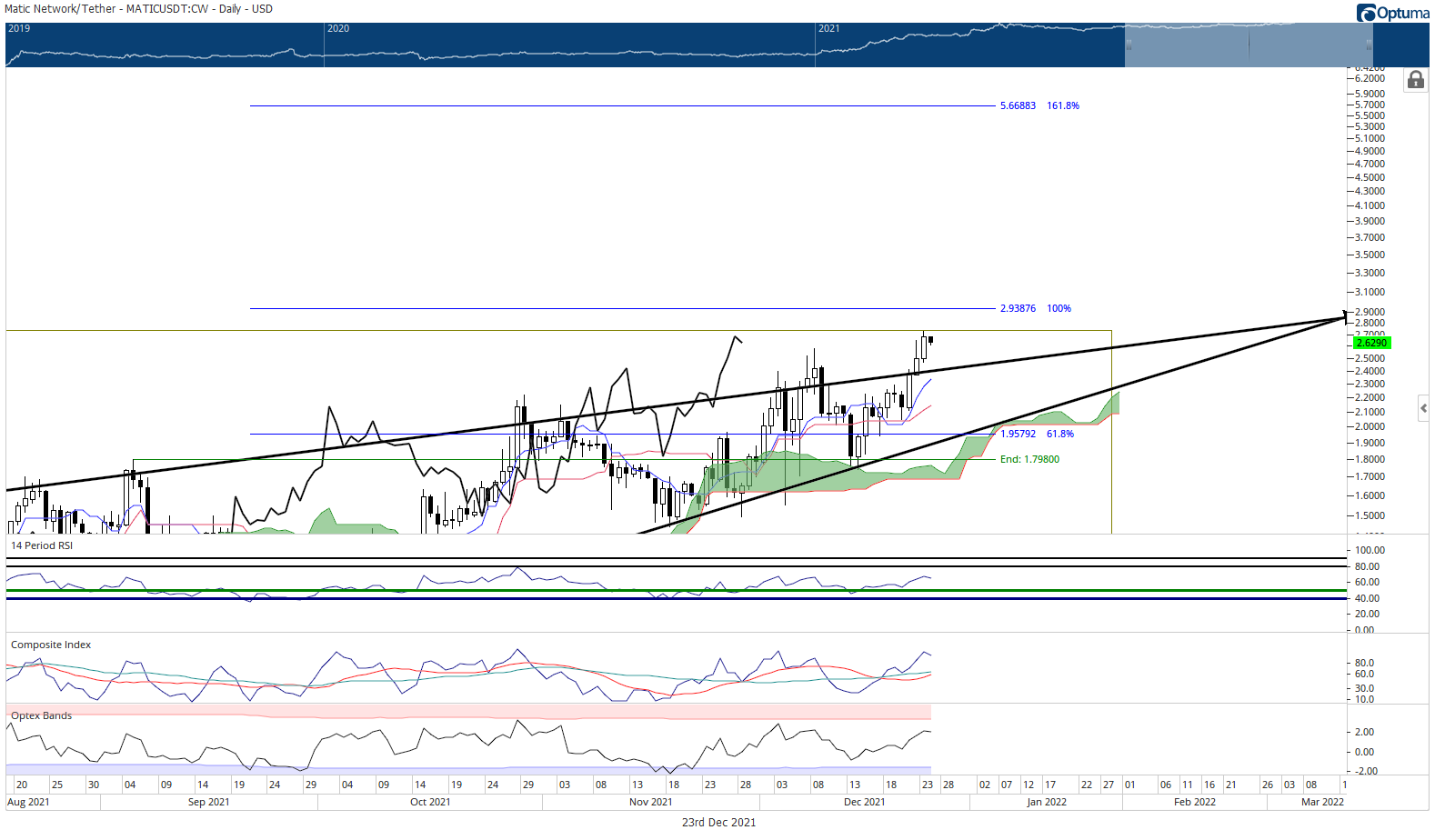 For this bullish outlook to be invalidated, bears would need to push MATIC price to a daily close below the rising wedge and the Ichimoku Cloud at $1.65 or lower.