XRP buyers stepped in soon after Ripple's execution of its first on-demand liquidity service in Japan.

In 2020, Ripple offered its on-demand liquidity (ODL) to small and medium enterprises (SMEs) in its beta phase. The ODL service leverages XRP as a bridge between two fiat currencies, allowing institutions to eliminate pre-funding of destination accounts. It is now being rolled out to clients as part of Ripple's Asia expansion plans.

Using Ripple's ODL reduced operational costs and unlocked capital for the business, making it lucrative for SMEs. The implementation in Japan has allowed Ripple to tap into a $1.8 billion-a-year remittance market to the Philippines.

The launch of ODL in Japan is just the start, and we look forward to continuing to push into the next frontier of financial innovation, beyond real-time payments in just the Philippines, but to other parts of the region as well.

Ripple's service has enabled SBI Remit Co, Coins.ph, and SBI VC Trade to free up their capital, choose pre-funding services offered by ODL and accelerate their expansion. Ripple has demonstrated potential in the altcoin and attracted interest from buyers.

The crypto has rallied to a five-week high and is currently trading at the $0.71 level based on CoinGecko data. XRP posted a daily gain of 10.2%, and the announcement drove more buyers to the asset. 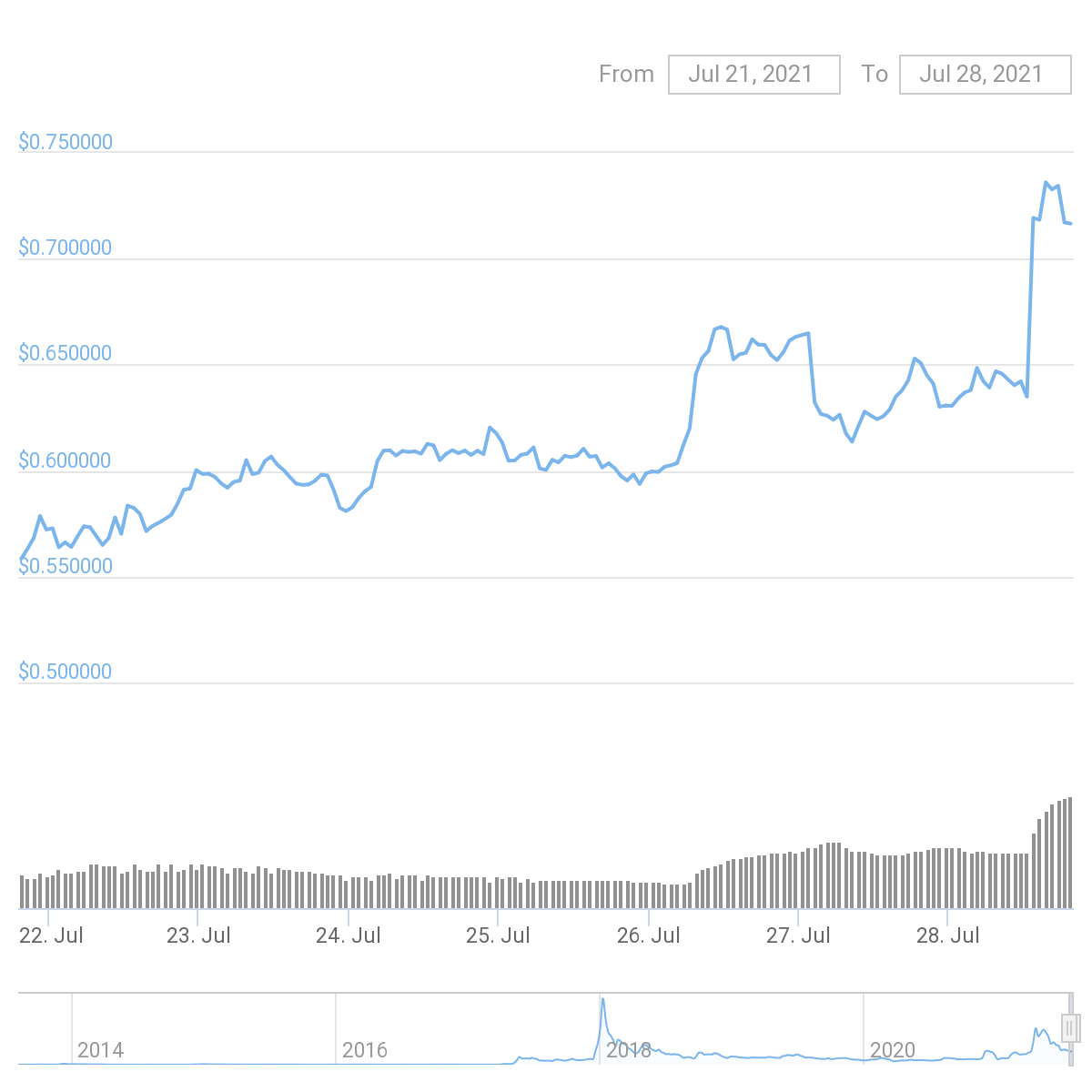 Ripple's plans to expand into Asia started with the acquisition of payments provider Tranglo and were solidified with the Filipino remittance corridor deal. Further expansion is likely to attract more interest from crypto traders across spot exchanges.

Raoul Pal, founder, and CEO of Realvision.com tweeted about XRP earlier today, stating that he is long on the altcoin.

Im personally long XRP but I don't mind allowing others to have their views expressed too.