Traders are focused on Ethereum’s transition to proof-of-stake, a historic moment that ETH holders and the crypto have awaited. Crypto traders have shifted their focus from Ethereum to Bitcoin as the negative bias towards BTC builds.

Negative bias against Bitcoin on the rise, traders prefer Ethereum

Based on data from Santiment, there is a shift in trader sentiment towards Bitcoin. Traders are focused on Ethereum’s upcoming Merge. Bitcoin is largely ignored despite its recent climb above $22,000. This type of negativity towards Bitcoin was identified by analysts at Santiment. 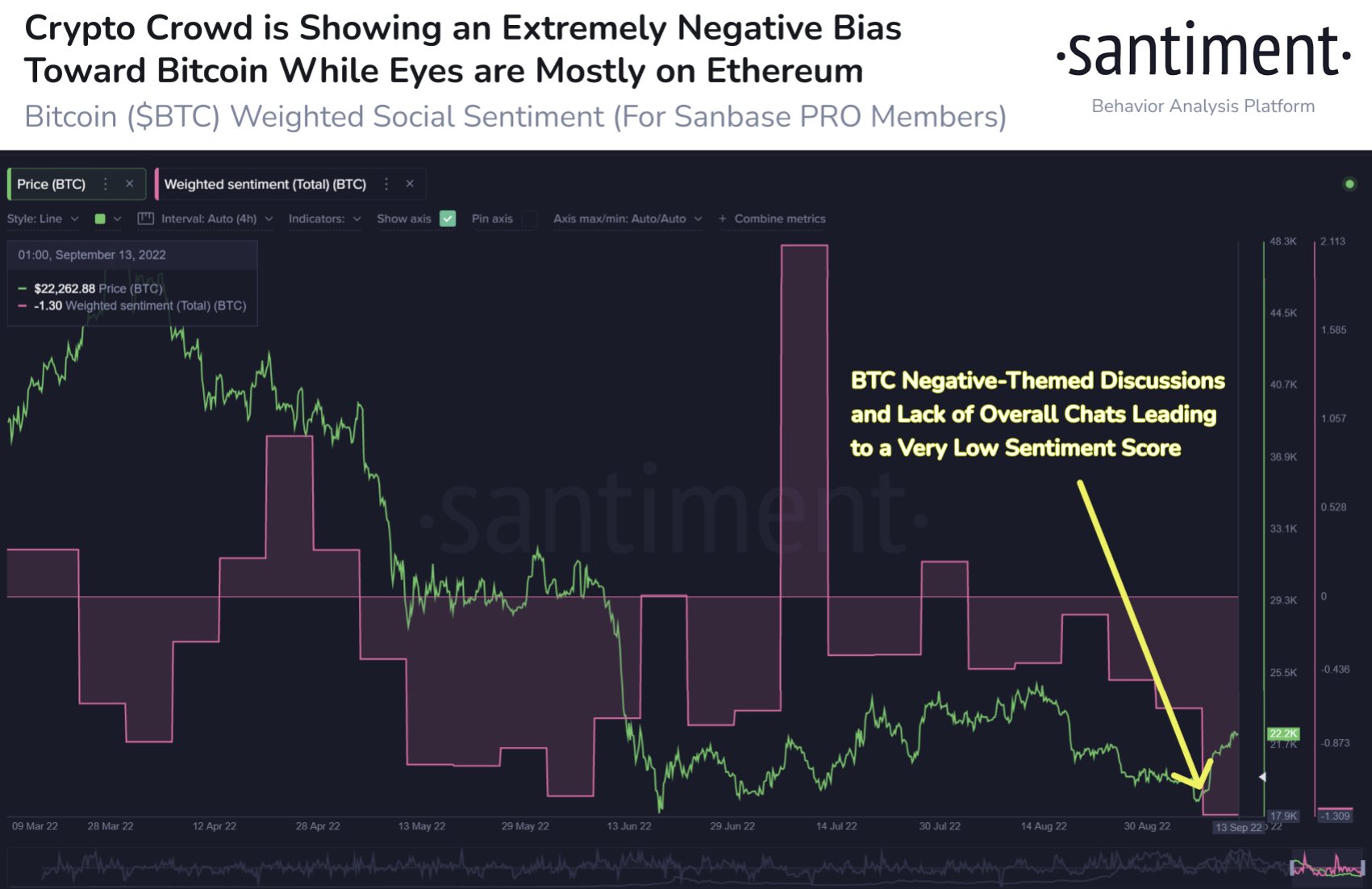 As eyes turn towards Ethereum, negative-themed discussions surrounding Bitcoin have surfaced online across social media platforms. The lack of overall discussion of BTC in conversations and online interactions is one of the key reasons for a low sentiment score.

As opposed to Bitcoin, Ethereum is enjoying popularity among traders as conversations surrounding the Merge and the ETHW fork become mainstream. The Merge is considered a bullish catalyst for Ethereum. Similarly, despite the negative sentiment and bias towards Bitcoin, analysts have predicted a rally in the asset.

Crypto Wolf, a pseudonymous crypto analyst and trader believes that the Bitcoin bottom is in. The analyst believes Bitcoin is currently in the three-month accumulation range. Once Bitcoin price clears the $25,000 level, an expansion is likely.

Analysts at FXStreet evaluated the Etherum price chart and identified an excellent opportunity for patient bulls as the Merge approaches closer. The Merge is scheduled for September 15, 2022, therefore Ethereum is expected to continue its climb and break past the $1,700 level.

For more information on key milestones ahead of the ETH Merge, checkout the timeline of events below: