Ethereum proof-of-work handle, ETHW, announced the hard fork on Twitter. ETHW mainnet will be live 24 hours post the Merge. Analysts consider the transition to proof-of-stake a key catalyst for Ethereum price, identifying a shorting opportunity at the $1,700 level.

Also read: Ethereum Merge could break the internet according to Preston Van Loon

The Ethereum PoW handle has kept ETH holders and the community informed about the progress of the proof-of-work chain. The team is ready to launch the ETHW mainnet 24 hours after Ethereum’s Merge. The Twitter handle announced that the community will be notified of the exact time of mainnet launch an hour before the event.

ETHW mainnet will happen within 24 hours after the Merge. The exact time will be announced 1 hour before launch with a countdown timer, and everything including final code, binaries, config files, nodes info, RPC, explorer, etc. will be made public when the time’s up.

The Ethereum PoW fork is key to the ecosystem as the Merge cuts the revenue stream of miners, unless they give up their mining hardware and adopt staking on the new blockchain. This has resulted in a rift in the two sections of the Ethereum community. Leading cryptocurrency exchanges Poloniex, Bitfinex and Coinbase have extended support to the ETHW blockchain and listed the token on their platform. Since its listing on August 8, ETHW price has declined 48% to $29.52.

The ETHW handle informed users how to qualify for airdropped tokens. Withdrawing ETH from liquidity providing apps, DeFi lending and staking platforms to an Ethereum wallet is the way to receive forked tokens.

Compound finally made the move. Withdraw your ETH to your own wallet on ethereum to get all the airdropped ETH tokens you deserve.@compoundfinance https://t.co/7xWL94ptCy pic.twitter.com/3n0pyAeWhW

Analysts evaluated the Ethereum price trend and predicted a decline in ETH. Big Cheds, a crypto analyst and trader believes ETH could nosedive below $1,700. The analyst considers the $1,700 level an ideal shorting opportunity for Ethereum traders. 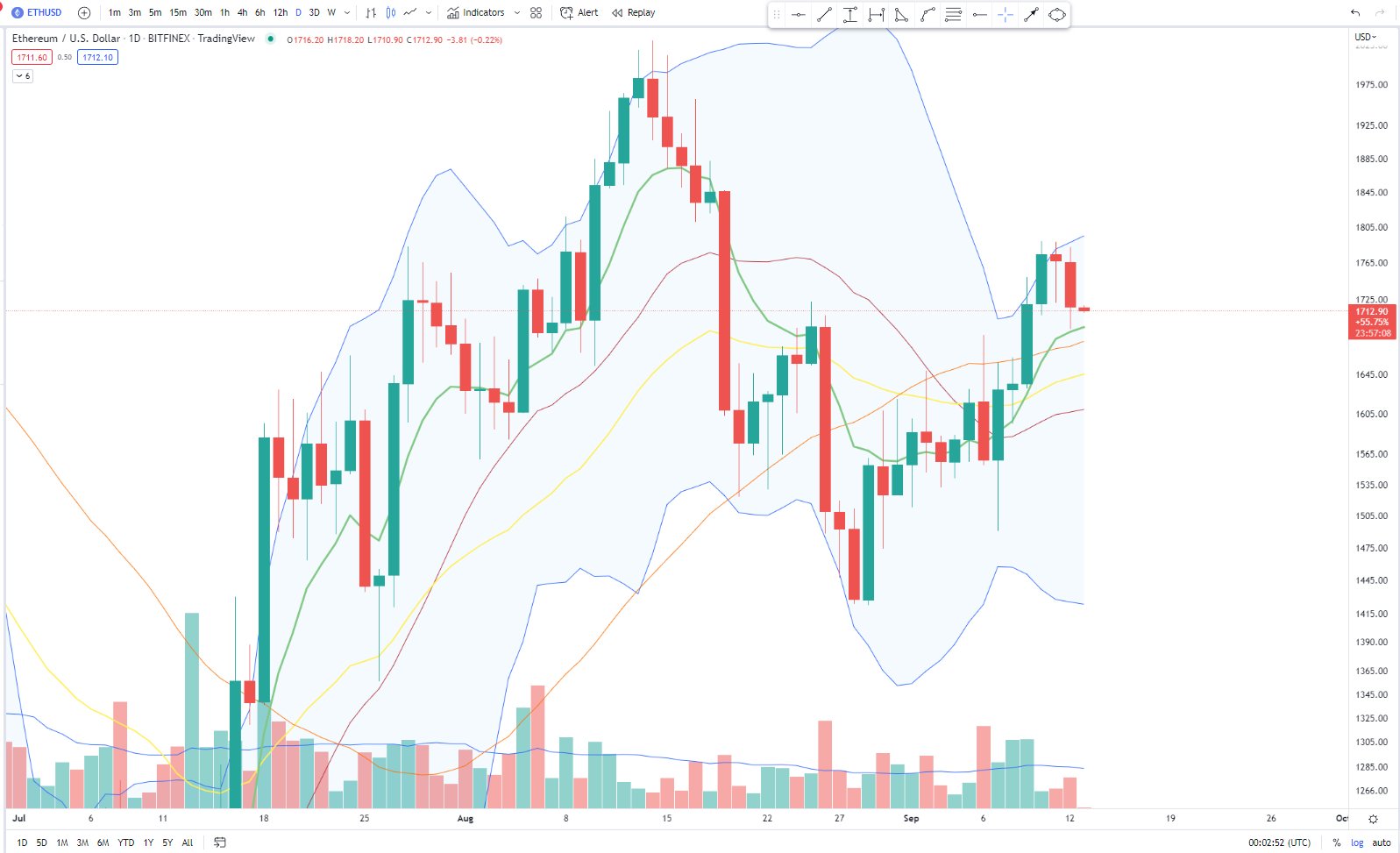