Dogecoin (DOGE) has not exactly been in a sweet spot lately, as price action fades further to the downside. Bears are continuing to penetrate important support levels and flipping them into resistance. Bulls, meanwhile, are awaiting the right moment for headwinds to fade before engaging in building a long position in DOGE price action. Expect bears to run the DOGE price devaluation a further 15% lower before bulls will engage, probably at around $0.20. At that level expect to see massive buy-side takeup with a bullish breakout potentially in the making next week.

Dogecoin price has not had such a good track record in the month of November. After a failed attempt to break above $0.36, bears took over and ran DOGE prices down by 40% towards $0.22. DOGE price was almost cut in half, and one would have thought this would be the right time to buy. But bulls refrained, after bears turned quite a few significant support levels into resistance.

DOGE price’s Relative Strength Index still has some room to go in the neutral zone before hitting  oversold territory. Expect bears to sit on their hands, therefore, and wait for a final push towards the monthly pivot at $0.20, and possibly even a very short blip towards $0.19, which holds importance as the low of September. 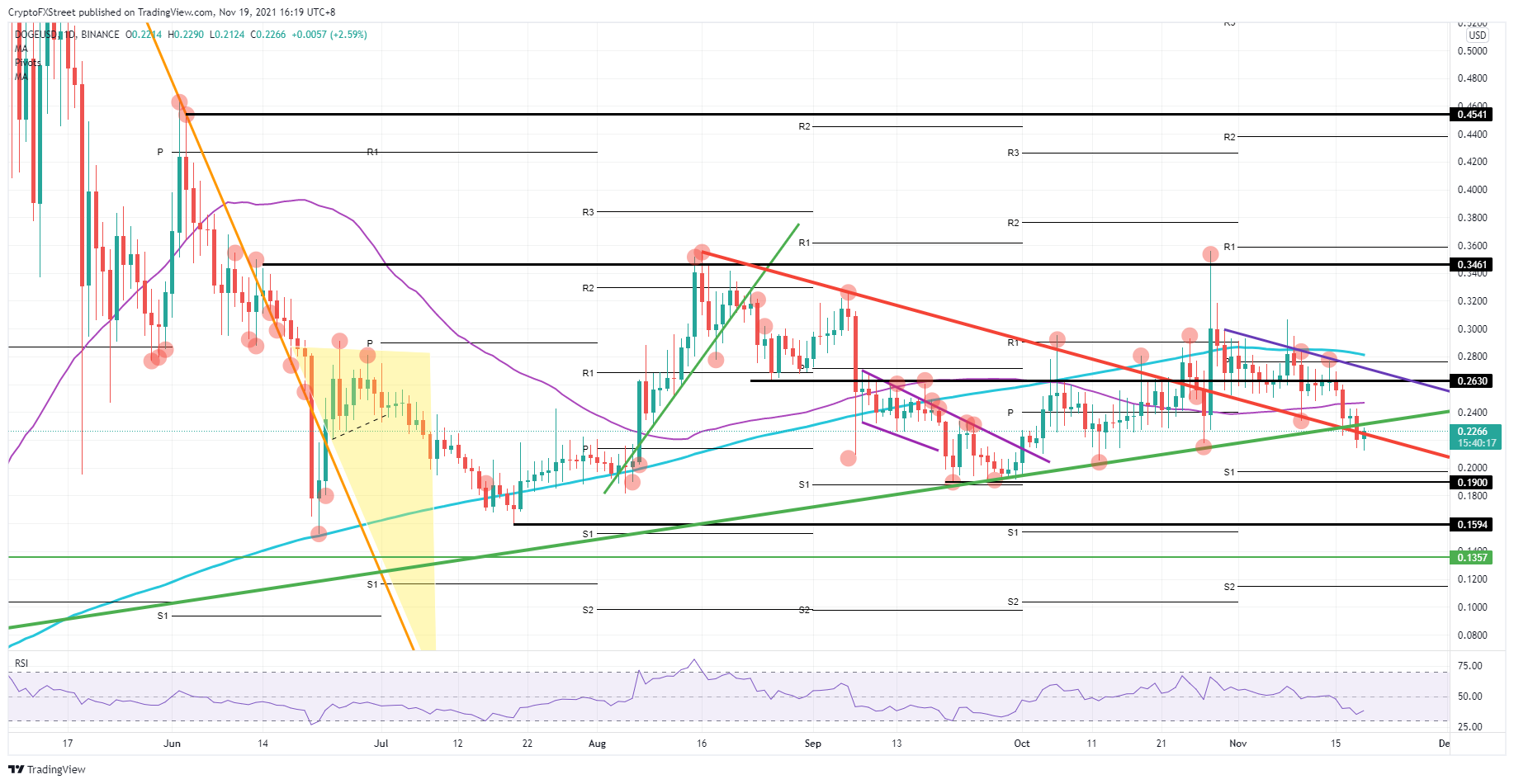 DOGE price may now be expected to be picked up by bulls at around $0.19-$0.20, and as bears will want to book some profit, expect that buy-side activity to see doubling demand as both buyers and sellers will want to buy Dogecoin coins. This will translate into a quick reversal and bullish breakout towards the red and green trend lines that are now diverging between $0.24 and  $0.22. Once Dogecoin bulls have recovered that area, expect some whipsaw price action as bears try to engage once again. Bulls, meanwhile, will want to try and reclaim $0.26, depending on the tail- and headwinds that present themselves next week.