Dogecoin price action reveals fleeing investors as hype fades away, at least until they come back in hordes. For now, DOGE is stuck inside a void that lacks volatility, but an upside move out of this zone seems likely.

On the 4-hour chart, Dogecoin price shows a series of candlesticks whose returns are 5% or less for the past three weeks. Such price action shows a lack of investor interest in the meme coin, and the declining volume confirms this.

The Bollinger Bands indicator has tightly enveloped Dogecoin price, suggesting a departure in volatility. A move out of the upper band at $0.284, coinciding with the 50 SMA, could signal an upswing’s start and the reentry of volatility. 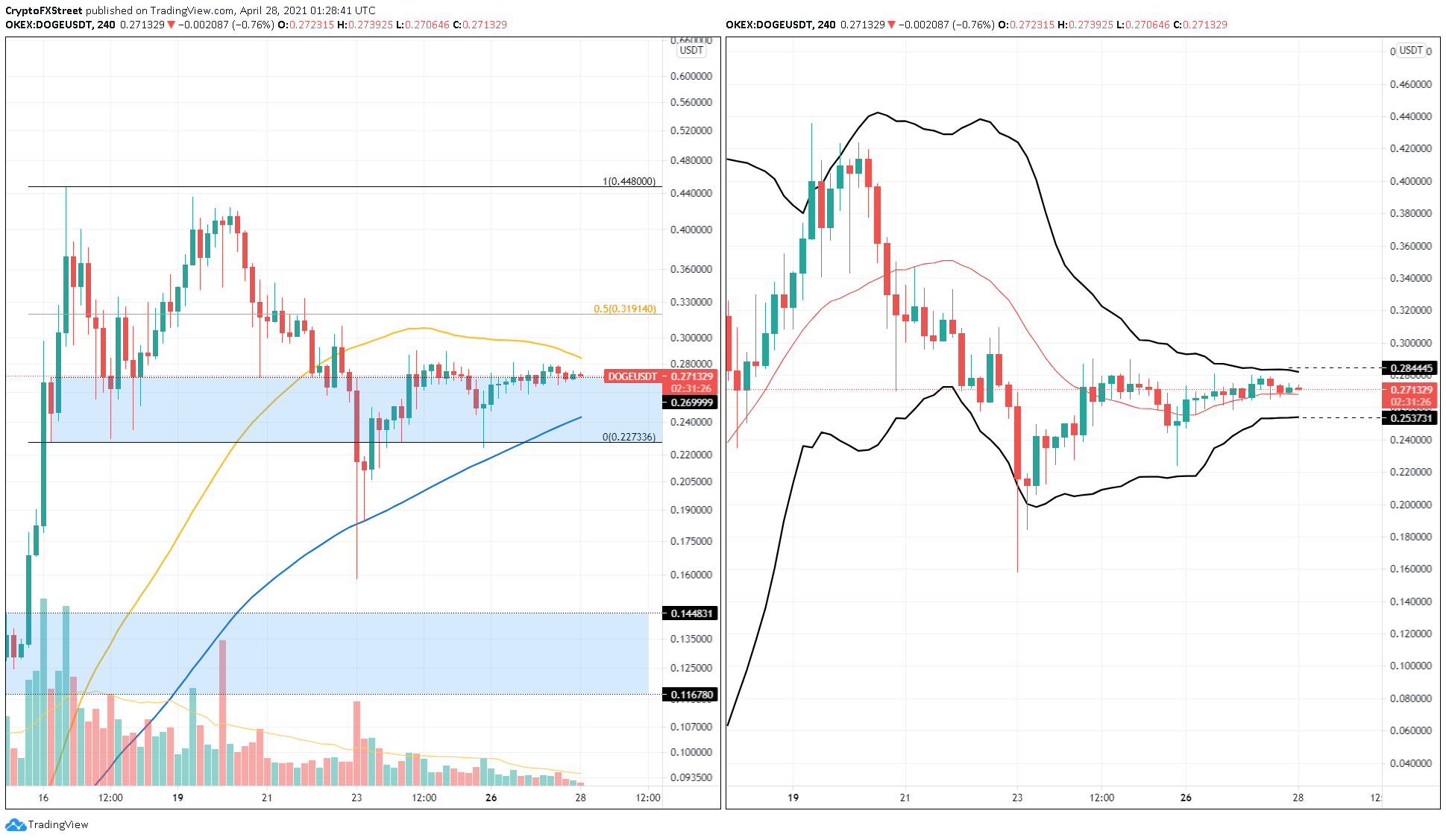 However, if the buyers fail to step up, leading to a breakdown of the 100 SMA at $0.244, Dogecoin price will likely revisit the support barrier’s lower band at $0.227. If DOGE trades below this level for an extended period, the bullish scenario will face invalidation.