Dogecoin is in its fifth straight day of losses, which would make it the first whole week of red numbers for DOGE since June 14. Sentiment soured even further after Jackson Palmer yesterday came out on Twitter with some negative comments on the cryptocurrency industry. Palmer co-founded Dogecoin in 2015.

DOGE is getting squeezed from both sides

DOGE is not in any sweet spot at the moment. The currency had some tailwinds from Elon Musk, but that is old news already. It does not look like there will be any favorable tailwinds for Dogecoin anytime soon. Cryptocurrencies are under pressure, and DOGE seems to be linked with the coins that are getting hit the hardest.

Today Dogecoin sees a squeeze on the upward trajectory against the weekly S1 support pivot at $0.190. DOGE already got rejected there. Upside looks limited unless a positive catalyst comes in and can attract buyers back.

On the downside, the 200-day Simple Moving Average (SMA) supports price action, which is holding for now. More worrying is that today’s candle is forming a double bottom at $0.180 with the candle from yesterday. This is a clear sign that buyers are interested in $0.180 as an entry, but they are met with more selling than buying. It is just a matter of hours or days before this bottom breaks. Stops will be put just below the $0.180 marker, ready to get run by more selling orders. Expect in the outbreak to the downside quite a rapid move. 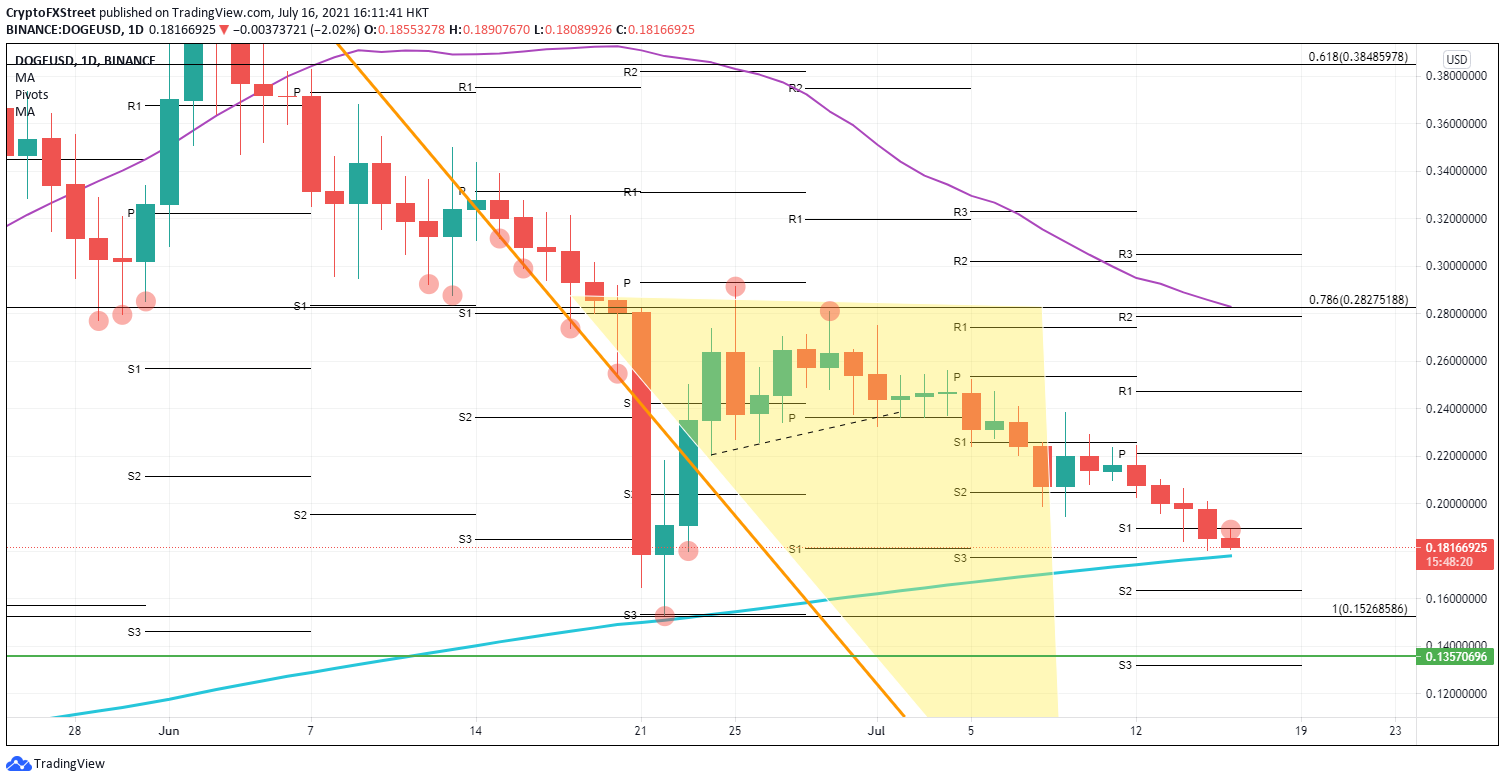 The mayhem will come to a halt around $0.153, which was the low of June 21. That would be a level a lot of buyers will have marked up. Once below the 200-day SMA, sellers will start taking profit as that level will act as their price target.

Buyers must be patient and look for the area below the 200-day SMA and $0.153 for any entries.